Guest Blog by Rob J. Hayes - Gather Around and Let Me Tell You a Story... or Two 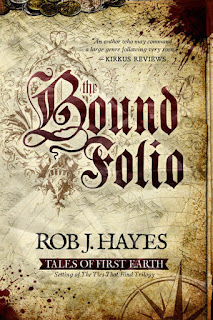 Gather Around and Let Me Tell You a Story... or Two

Today I want to tell you a couple of stories. True stories though at first they may not sound like it, but I assure you these events really took place.

First I want to tell you about the time I got horrifically drunk, went on an adventure, and ended up stealing a goat. Now I should point out that I do not remember this happening due to the aforementioned being very drunk. But when I woke up I discovered it was true. There I was, naked as my name day, and being accused of stealing a man's goat.

I was shocked, slightly appalled at myself, and honestly wondering where in the Hells was the goat. Bits an pieces of my night before started coming back to me and I used them to retrace my steps, to find out just what had gone on the night before.

Long story short, I discovered I had given the goat to a giant. A honest to the Gods 30ft tall giant. He was not of the mindset that giving the goat back was beneficial to him.

We fought. It was an epic battle. I peppered him with arrows from my glass shortbow, he swung a tree trunk at me. Harsh words were exchanged. I may have said some things that hurt the giant's feelings. But not to worry because he was dead just a few minutes later. I emerged victorious.

I collected the twice stolen goat and determined to deliver it back to its owner. The journey was long and arduous and along the way I truly became attached to the goat. He had a way about him. A way of listening. He knew when to bleat and when to shut up. We became fast friends. I named him Alphonse. It pained me to let him go, to deliver him back to his owner, but a promise was a promise and he was never my goat to begin with.

We were within shouting distance of Alphonse's farm when an ear-splitting roar shattered the quaint, picturesque scene of rolling grasslands. The roar was soon followed by the beating of great, leathery wings and the I looked up just in time to see a dragon crash down on top of Alphonse, tear into his flesh with massive claws, and then beat its wings once, twice, and was gone.

I stared at the bloodied patch of ground where Alphonse had been just a few moments earlier. There was nothing for it. He was gone from my life forever. A sad day. I had thought, after delivering Alphonse back to his rightful owner, I might visit from time to time. No more.

The owner was there, watching from the relative safety of his fenced home. I approached, ready with my excuses. After all, I had done everything I could. I had vanquished a giant to return the man's goat. Was it my fault if a dragon decided to ruin all my good work? Apparently it was. The man only held out his hand, palm up.

I paid the man for his lost goat. A hefty sum if truth be told. Then I turned and went on my way, I had other quests to complete after all. Still, it hurts to this day. That man lost a goat and gained a few gold bits. I lost a friend.

It's possible some of you recognise most of that story. It's a quest from the Elder Scrolls game Skyrim. For the most part that story is a scripted event, playing out the same for everyone that plays it. The dragon was a random element that happened in my game alone and it's that element that made it so memorable.

My second tale concerns my younger years. I was a callous youth, cruel in some ways though I liked to pretend I was valorous. I had a peculiar pastime which involved hiding in bushes. Strange, I know, but hear me out.

There were 3 of us, a small party of like-minded individuals. We sick of being picked on by those stronger than us and were determined to take a measure of revenge. But we weren't willing to start a fight, that would be unheroic, villainous even. No, we decided to trick others into starting fights and then band together to end them.

This is where the hiding in the bushes comes from. I would find a suitably sized shrubbery and hide within it, axe drawn and ready to charge at the first sight of aggression. My friend, Bliv, was a druid and thus able to transform into a panther and stealth, remaining even more hidden than me in my bush.

The third member of our little party was... well he was bait. A young Gnome by the name of Ultimate Dragon, wearing armour that was little better than rags and carrying no more than knife. He would sit out in the middle of the road, deep into the Orc's territory and wait.

Eventually an inexperienced Orc or Troll would happen across the Gnome. He probably looked a tasty snack even to the weak prey we were hunting. We would wait while our prey taunted the Gnome who would wave timidly and beg mercy. Inevitably our prey would attack. They always attacked.

Like heroes of legend, my druid friend and I would rush to the rescue. I, erupting from the bushes with a charge and battlecry, and Bliv leaping from the shadows to rend our prey with claws and teeth.

As we looked down upon the corpse of our prey, we would cheer and laugh. Then we would run because chances are that dead Orc would be back soon enough and with friends. Maybe not the heroes of legend. Maybe not heroes at all. Looking back now, I'm fairly certain we were the villains.

This tale was another true story from my days playing World of Warcraft (WoW). It was one of the many experiences I had on that game that has stuck with me over the years.

Why have I shared these two stories? Because they are just some of the things from those two games that have inspired me, that I have taken things from in my own writings. Because they prove that playing games isn't just about walking along someone else's story lined out for you. You get as much out of them as you want, as you are willing to take.

Would my Skyrim tale have meant as much to me if I hadn't named the goat and formed a bond with it? Probably not. Would I have learned a lesson in the morality of would be heroes from my devious endeavours in WoW had I not created a heroic backstory for my character? Unlikely.

Gaming is a great source of inspiration for me, not just because of the worlds and the visuals it can impress upon me, but because I get so much more out of those games if I use my own imagination to flesh out the bits that are lacking. And I wouldn't give away those experiences I have earned for all the world. 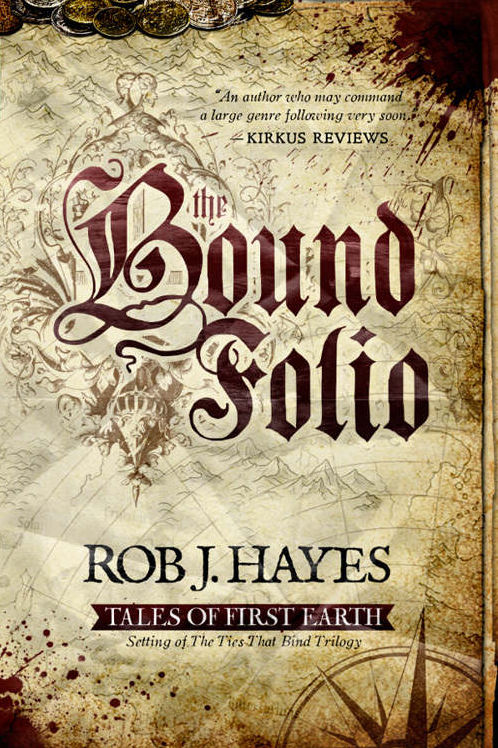 The world is full of heroes, villains, and all the shades in between. The Bound Folio tells their stories from the tortured childhood of the legendary Blademaster the Sword of the North, to the humble origins of the Queen of the Five Kingdoms, to the death of one of the world's greatest assassins.

This anthology collects together eight dark stories of swords, sorcery, and seduction from First Earth, the setting of The Ties That Bind trilogy and the forthcoming Best Laid Plans duology. 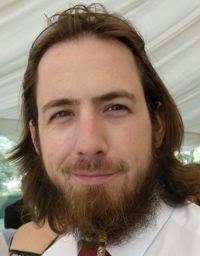 Having served in a hundred different offices as a keyboard monkey Rob J. Hayes finally decided to follow his lifelong passion of daydreaming. After writing a small horde's worth of short stories, he released his debut trilogy The Ties that Bind in 2013 as an indie publication and followed it up with the standalone release, The Northern Sunrise, in 2014.

Having signed a deal with Ragnarok to re-release The Ties that Bind trilogy, Rob is happy to announce his follow-up series, Best Laid Plans (set in the same world), will also be released by Ragnarok starting in 2016.

When not writing Rob is usually found either card gaming, computer gaming, board gaming, dice gaming, airsoft gaming, or pretending to be a Viking.