The #DashnerDash Binge Read started on May 27th and we're going to be giving away signed copies of the first 4 novels in James Dashner's The Maze Runner series. This is a great opportunity to reread the series or read it for the first time. Adults can read along with their Young Adults or why not read the series for yourself?

The reread kicked off with The Maze Runner. You can submit questions via the Maze Runner Facebook page and selected questions will then be discussed by James Dashner and his editor, Krista Marino, in a series of live Google Hangouts during the last week of each month.

There is a Google Hangout with James Dashner and Krista Marino taking place on July 27th at 8pm EDT here. That's tonight! Are you ready to discuss The Scorch Trials?

The reread of The Death Cure will begin on July 27th, followed by The Kill Order on August 27th. The Google Hangout for The Kill Order at the end of August will lead right into the publication of The Fever Code on September 27th.

The Qwillery is giving away 1 signed copy of The Death Cure. Enter via the Rafflecopter below. 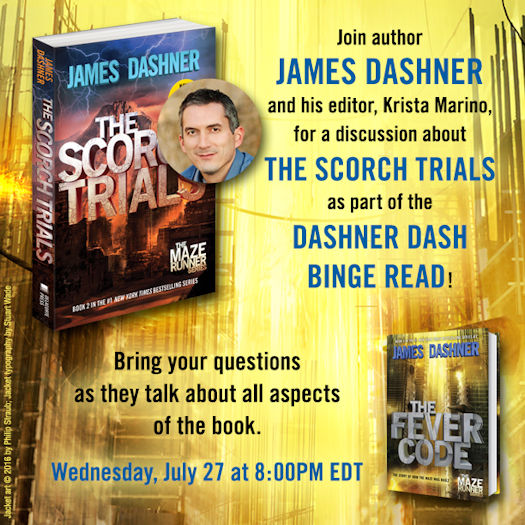 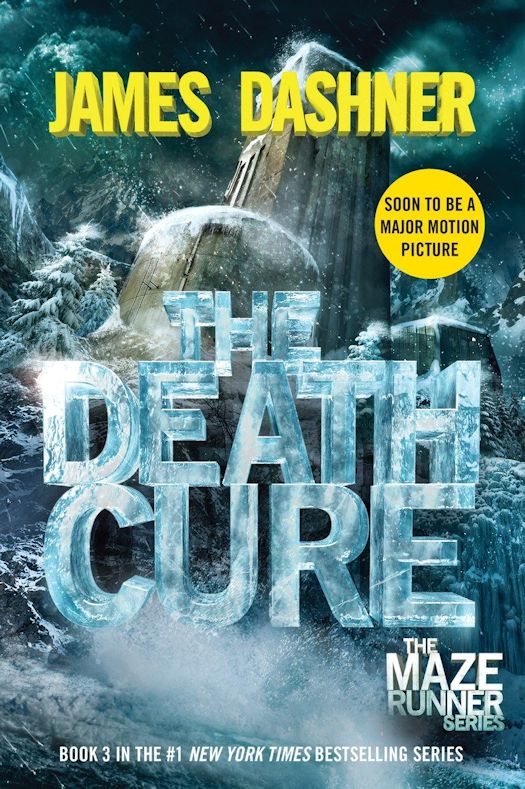 Read the third book in the #1 New York Times bestselling Maze Runner series, perfect for fans of The Hunger Games and Divergent. The first and second books, The Maze Runner and The Scorch Trials, are now major motion pictures featuring the star of MTV’s Teen Wolf, Dylan O’Brien; Kaya Scodelario; Aml Ameen; Will Poulter; and Thomas Brodie-Sangster! Also look for James Dashner’s newest series, the Mortality Doctrine: The Eye of Minds, The Rule of Thoughts, and The Game of Lives.

It’s the end of the line.

WICKED has taken everything from Thomas: his life, his memories, and now his only friends—the Gladers. But it’s finally over. The trials are complete, after one final test.

What WICKED doesn’t know is that Thomas remembers far more than they think. And it’s enough to prove that he can’t believe a word of what they say.

The truth will be terrifying.

Thomas beat the Maze. He survived the Scorch. He’ll risk anything to save his friends. But the truth might be what ends it all.

The time for lies is over.

What:  One entrant will win one signed copy of the THE DEATH CURE by James Dashner from the publisher. US / CANADA ONLY

Who and When:  The contest is open to all humans on the planet earth with a US or Canadian mailing address. Contest ends at 11:59 PM US Eastern Time on August 15, 2016. Void where prohibited by law. No purchase necessary. You must be 13 years old or older to enter. 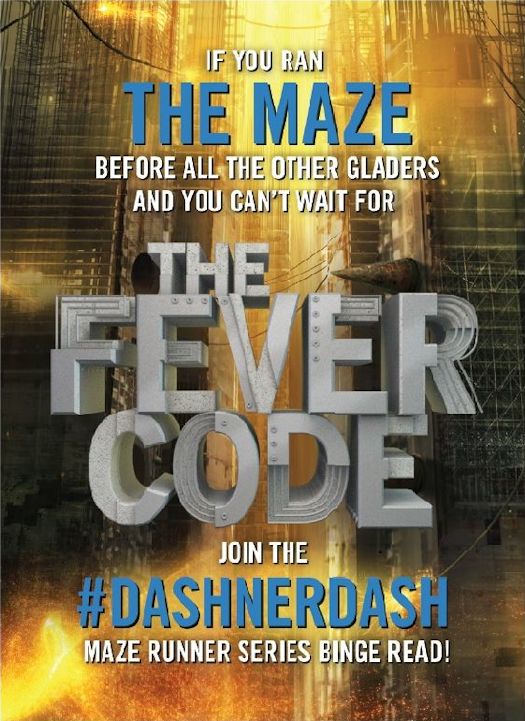 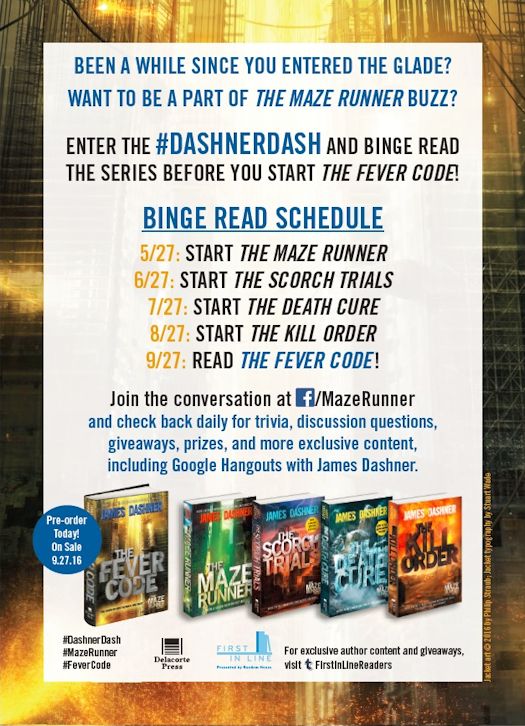