Interview with Blake Crouch and review of Dark Matter


Please welcome Blake Crouch to The Qwillery. Dark Matter was published on July 26th by Crown and I highly recommend it! 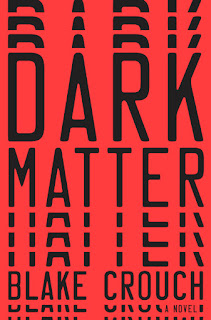 TQ:  Welcome to The Qwillery. You've written over a dozen novels. Has your writing process changed (or not) over the years? What is the most challenging thing for you about writing?

Blake:  Thanks for having me! My writing process has definitely evolved and is continuing to evolve from book to book. The hardest thing for me is finding the right idea. It involves lots of hemming and hawing and self-doubting and journaling and outlining before I finally commit to something and get underway with the writing itself.

Blake:  I would describe myself as a plotter who, along the way, is very open to becoming a pantser when inspiration strikes. In other words, I go into a book having a pretty good notion of what the first half of the book is going to be and a vaguer idea of the latter half. But along the way, I want to be surprised. By characters. By sudden reversals I never planned. So I go into the process with a game plan that I hope inspiration and magic will dramatically alter.

Blake:  Lately, it’s a combination of two things. 1. My own life: the challenges and struggles I face seem to work their way into the psychology of my main characters (and sometimes villains). 2. A strong interest in emerging technologies and how they are changing our world, our species.

TQ:  Tell us something about Dark Matter that is not found in the book description.

TQ:  What inspired you to write Dark Matter? What appeals to you about writing Thrillers?

Blake:  I wrote it because I’m fascinated by quantum mechanics and what that field of science suggests about the universe we live in. I love writing thrillers because I love reading thrillers. I write the kinds of books I would want to read.

TQ:  Do Dark Matter and the Wayward Pine Trilogy (Pines, Wayward, and The Last Town) share anything thematically?

Blake:  Yes. They share man questioning his reality, and at times, his identity. They also share the idea that as we progress as a species and reach higher levels of scientific achievement, that threatens to not only change the world around us, but also what it means to be human.

TQ:  What sort of research did you do for Dark Matter?

Blake:  I read books, articles, abstracts for the last decade, just trying to wrap my brain around quantum mechanics. I still don’t fully understand it. To truly grasp the insanity of how sub-atomic particles behave requires advanced mathematics degrees, and I took as few of those courses as possible in college. When I finished Dark Matter I sent the book to a physicist named Clifford Johnson who teaches at USC. He was kind of enough to read the science-heavy passages and make sure I hadn’t gotten too far off track in my representation of certain theories.

TQ:   In Dark Matter who was the easiest character to write and why? The hardest and why?

Blake:  Jason was far and away the easiest because I feel like he and I are pulled in similar direction in terms of career vs. family. And being in my mid-thirties, I find myself looking more and more back toward the path not taken. Amanda was the hardest character for me, not to write, but to do justice to. She’s a fairly minor character in the book, but she is with Jason during his hardest moments. I didn’t want to short shrift her character, while at the same time, I didn’t want her journey to overshadow my main character’s.

TQ:  Which question about Dark Matter do you wish someone would ask? Ask it and answer it!

Q: Was this the hardest book you ever wrote?

TQ:   Give us one or two of your favorite non-spoilery quotes from Dark Matter.

Blake:  I really like this one, from early on in the book. We’re deep in the main character (Jason’s) head here and beginning to understand where he is in life:


“There’s an energy to these autumn nights that touches something primal inside of me. Something from long ago. From my childhood in western Iowa. I think of high school football games and the stadium lights blazing down on the players. I smell ripening apples, and the sour reek of beer from keg parties in the cornfields. I feel the wind in my face as I ride in the bed of an old pickup truck down a country road at night, dust swirling red in the taillights and the entire span of my life yawning out ahead of me.

It’s the beautiful thing about youth.

There’s a weightlessness that permeates everything because no damning choices have been made, no paths committed to, and the road forking out ahead is pure, unlimited potential.

I love my life, but I haven’t felt that lightness of being in ages. Autumn nights like this are as close as I get.”

Blake:  That’s a great question. Remember what I said about how hard it is for me to fall in love with a new idea? I’m speed-dating a bunch of them right now. 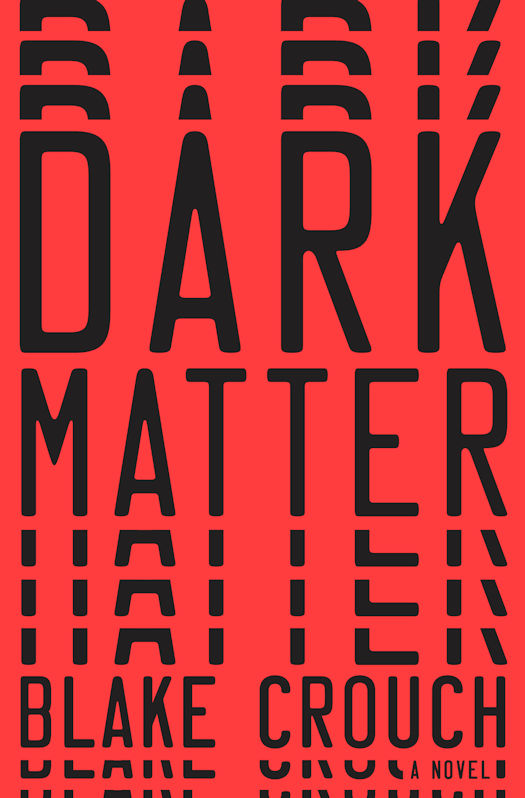 A brilliantly plotted, relentlessly surprising science-fiction thriller from the author of the bestselling Wayward Pines trilogy

“Are you happy with your life?”

Those are the last words Jason Dessen hears before the masked abductor knocks him unconscious.

Before he awakens to find himself strapped to a gurney, surrounded by strangers in hazmat suits.

Before a man Jason’s never met smiles down at him and says, “Welcome back, my friend.”

In this world he’s woken up to, Jason’s life is not the one he knows. His wife is not his wife. His son was never born. And Jason is not an ordinary college physics professor, but a celebrated genius who has achieved something remarkable. Something impossible.

Is it this world or the other that’s the dream? And even if the home he remembers is real, how can Jason possibly make it back to the family he loves? The answers lie in a journey more wondrous and horrifying than anything he could’ve imagined—one that will force him to confront the darkest parts of himself even as he battles a terrifying, seemingly unbeatable foe.

Dark Matter is a brilliantly plotted tale that is at once sweeping and intimate, mind-bendingly strange and profoundly human—a relentlessly surprising science-fiction thriller about choices, paths not taken, and how far we’ll go to claim the lives we dream of.

Jason Dessen's life is about to change dramatically. He's kidnapped. His life is wrenched away from him. And all he wants is not the fame and glory of the new world he wakes up in, he just wants his wife and son and the life they've made. Jason is not a typical hero. He starts out a happy man who understands what he has potentially given up to have the life he has with the woman he loves deeply and their son he loves as much. This love is palpable and deeply felt. He will do what he has to do to get home if he can while coming to a deeper understanding of what makes the world around him his world. I didn't always like Jason's attitude and some of things he did, but I understood and respected his decisions.

Dark Matter is tightly plotted and beautifully written. There are moments of deep introspection and of pulse-pounding action. There is science that stretches the boundaries of what we know and what is possible. Crouch raises questions about identity, the multiverse and who we are and wraps these questions in an extremely entertaining, often tense, moving SF thriller.

Dark Matter is, for me, essentially a story about a man's love for his wife and family and his journey to be with them. And it's about quantum mechanics and human entanglement. It's about perseverance in the face of nearly insurmountable odds and finding your way home. It's also mind-blowingly twisty and wonderful. Dark Matter will make you think, question and wonder.

Blake Crouch is a bestselling novelist and screenwriter. His international-bestselling Wayward Pines trilogy was adapted into a television series for FOX, and he is the co-creator of the TNT show Good Behavior, based on his Letty Dobesh novellas. He has written over a dozen novels that have been translated into more than thirty languages, and his books have sold over two million copies. Crouch lives in Colorado with his family.