Happy May bank holiday!  I hope you are having a great holiday.  I am looking forward to watching the rain out the living room window. Unlike. At least it will give me some time to read which I haven't had a lot of lately. This is going to be short and sweet this week as I can only really tell you about 1 book this week. What did I read?

I decided it was time to finish the Dragon Blood series by Lindsay Buroker with Soulblade. When we left the 'gang' Ridge's plane had crash landed and everyone thinks he is dead. Despite the fact that the evil dragon Morishtomaric is dead the Cofah still want revenge. King Angulus decides to send Tolemek, Cas and a few others to kidnap the Cofah king while Sardelle heads off with her very own dragon to search for Ridge. Will they find Ridge? Will Cofah succeed? Will everyone live happily ever after? I won't tell so you will have to read it to find out for yourself.

I started this series thinking it was OK but this turned to boredom and dissatisfaction at the syrupy dialogue and lack of real action. Soulblade was an improvement to the previous two instalments but it was still fairly tame as far as action or intrigue goes. There was lots of time for romance and characters pairing up along the way to saving the kingdom. While I am glad that the series is finished it wasn't a total waste of time. These were quick and easy reads and I did enjoy the first two books of the series. It's just unfortunate that Buroker couldn't keep the tension for the whole series.


I did read a second book this week - The Ghost Rebellion by Pip Ballantine and Tee Morris. This is the 5th book of the Ministry of Peculiar Occurrences series and its creation was funded through Kickstarter. I am writing a full review of this book in time for its release so you are going to have to wait to find out what I thought.


For those of you who aren't reading Ilona Andrew's Innkeeper Chronicles series get yourself to their Innkeeper website poste-haste. Their third instalment 'rocks'. Dina the innkeeper is soon to surpass my previous favourite Kate Daniels. I am loving every chapter and I can hardly wait for each new chapter to be released. Luckily with this series the chapters are released fairly regularly. A whole week however, does seem like a long time. I can hardly wait until the full story is released.


Well folks, that is it for me this week. Sorry it is so short but I hope to have more for you next week. Until then have a great week and Happy Reading. 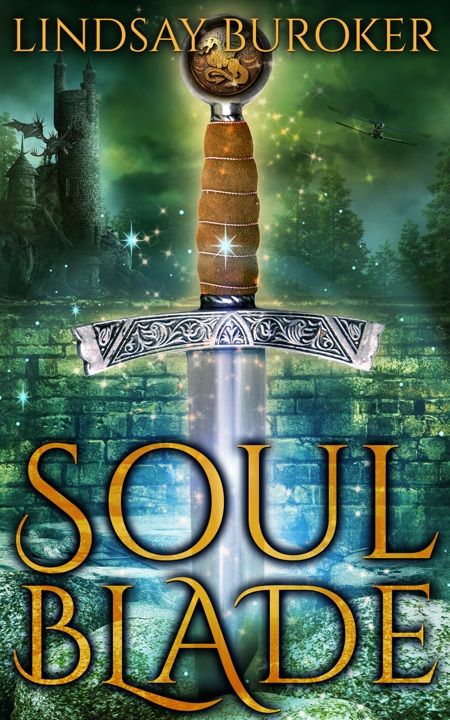 It’s been a week since the dragon Morishtomaric fell, and Sardelle is not convinced that Ridge is truly gone. With a companion who thinks he’s a god and a soldier who would happily kill her, she heads back to the mountains to look for signs that Ridge survived. What they uncover threatens to destroy their country and all they care about.

Meanwhile, the Cofah emperor is furious with Iskandia over the loss of its airships and still has a bounty on Tolemek’s head. King Angulus sends Tolemek, Cas, and Kaika on a daring mission that could solve both problems… or leave them all dead.