Please welcome Sean Danker to The Qwillery as part of the 2016 Debut Author Challenge Interviews. Admiral was published on May 3rd by Roc. 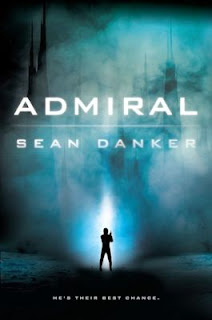 Sean:  Not that long ago. I actually didn't have a say in it; I'm the last descendant of an ancient race of writers, and my ghost ancestors hassled me. Like in Mulan. They want me to travel the globe and find the secret entrance to the ancient lost writer city. So you could say there's some pressure.

Sean:  I'm pretty good about having a full outline these days.

Sean:  Sticking to one genre.

Sean:  Don't take oxygen and/or being alone and safe for granted, especially on unexplored planets: The Musical

TQ:  Tell us something about Admiral that is not found in the book description.

Sean:  It's safe to take on an airplane, and your ghost ancestors will love reading it over your shoulder. I guarantee it.

TQ:  What inspired you to write Admiral?

Sean:  Given my level of nerd street cred, I was long overdue to do something with space.

TQ:  What sort of research did you do for Admiral?

Sean:  I'm in the dim basement of a crumbling, gothic, downtown library, hunched over a microfilm reader. There's a storm, and you can hear the rain pounding on the building. My glasses are on the table next to a scrap of bloody cloth, and a piece of stone covered in mysterious carvings. One of my Mr. Rogers cardigans is draped over the chair. The lights flicker, and somewhere in the basement a door slams. I sit up and look back at the door. There isn't supposed to be anyone else here. A moment passes, and something rattles down the hall. I look up; there's a sound, like something heavy being dragged across the floor above. I put put on my glasses and pick up my flashlight. Something isn't right.

Sean:  The easiest was Deilani because she's direct. The hardest was the Admiral because he's not direct; everything he says means something, and that foreshadowing has to line up with all the twists throughout the series.

Sean:  Social issues are the focus of my work, so I don't really include them; they're already there, I just include some fiction.

TQ:  Which question about Admiral do you wish someone would ask? Ask it and answer it!

TQ:  Give us one or two of your favorite non-spoilery quotes from Admiral.

The Admiral: "You shut up,"

Sean:  Plenty of novels. I might also track down that lost city, but I have to reconcile with some exes and get the okay from my therapist first.

Sean:  Thanks for having me. 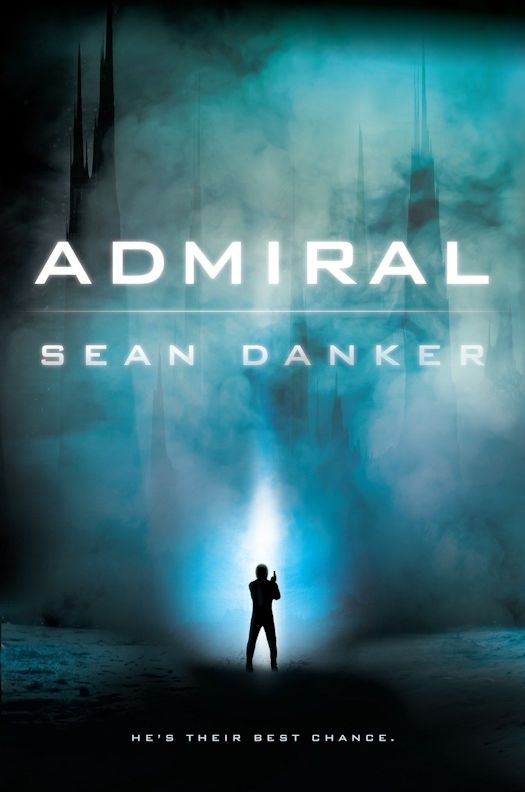 “I was on a dead ship on an unknown planet with three trainees freshly graduated into the Imperial Service. I tried to look on the bright side.”

He is the last to wake. The label on his sleeper pad identifies him as an admiral of the Evagardian Empire—a surprise as much to him as to the three recent recruits now under his command. He wears no uniform, and he is ignorant of military protocol, but the ship’s records confirm he is their superior officer.

Whether he is an Evagardian admiral or a spy will be of little consequence if the crew members all end up dead. They are marooned on a strange world, their ship’s systems are failing one by one—and they are not alone.

Sean Danker has been writing since he was fifteen. He read entirely too much Asimov in college, and now we’re all paying the price for it. His hobbies include biting off more than he can chew, feeling sorry for himself on Twitter, and telling people to lighten up. He is currently serving in the military on a base in North Dakota. Find the author online at http://evagard.com/