Please welcome Kirk Dougal to The Qwillery. Jacked will be published on May 31st by Per Aspera (Ragnarok Publications). 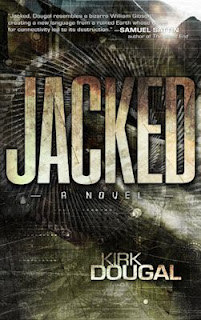 Trilogy or Three-book Series: Aren't they both just three books?


Recently I was finalizing plans for an appearance at a library to talk about my young adult/thriller novel, “Jacked” (Ragnarok Publications/June 2016), during their YA Week later this summer. As the lady in charge of scheduling the library's events and I were winding down our conversation, she asked if any additional books were planned for the Jacked universe. I answered that the novel was the first of a three-book series.
“Oh,” she said. “A trilogy.”
“No, a three-book series.”
After a few seconds of silence, she whispered into the telephone, “Is there a difference?”
There is, of course, but I think the logical next step to her question was more important: Does the difference matter?
What separates a trilogy from a three-book series—or any -logy from a series—is fairly easy to define but can quickly descend into murky waters when an attempt is made to apply it. For the purpose of this discussion, I am going to use these definitions:
-logy – A line of books where the driving story arc takes place over the course of the entire set, making it the primary reason for the reader to move from book to book. Although every individual book may have its own smaller conflict, these are typically decided by the end of each. At times the author may leave the long arc on a cliffhanger at the conclusion of a book.
Series – A line of books where the primary story arc is self-contained within the individual editions. Although a series may have a long-term issue for the protagonist to solve, it is a secondary thought to the individual plot lines. In fact, the overriding issue may not even be concluded by the final book.
The Coldfire Trilogy by C.S. Friedman is a good example of the -logy definition. Although there are individual tasks for Damien Vryce and the Hunter to complete in each book, both “Black Sun Rising” and “When True Night Falls” end with the action hanging in the balance. It is Vryce's mission to balance the Fae's energy with mankind and the Hunter's search for redemption for murdering his family for power that drive the story forward. J.K. Rowling's heptology of Harry Potter acts in the same manner. Although Harry, Hermione, Ron, and the rest of the Hogwarts gang need to solve problems in each individual book, it is the re-emergence of Lord Valdemort and their need to defeat him that is the overriding story arc for all seven books.
By comparison, Jim Butcher's Dresden Files falls in line easily with the definition of a series. Although Harry Dresden has recurring issues with his family and the pain of his past, each book is its own story with a beginning, middle, and conclusion.
But some books fall into gray areas when they are being classified. Isaac Asimov's “Foundation,” “Foundation and Empire,” and “Second Foundation” were often labeled a trilogy but the three books were actually comprised of several short stories and novelettes. Asimov confused the issue even more when he added additional works to the Foundation line later in his life.
J.R.R. Tolkien would have been surprised to hear anyone label “The Lord of the Rings” a trilogy. He intended the work to be one book but a variety of factors, including an abnormally long length for its time and the cost of paper during a shortage, led his publisher to print the one book as three—meaning that in reality LOTR was neither a trilogy or a series.
So in the end, does any of this mean anything to readers and, consequently, authors?
I think it does which was why I so carefully labeled Jacked as a series. Calling a line of books a series makes certain promises to the reader and authors need to deliver or they will wonder why subsequent books do not perform as well as they would like. Books in a series must deliver a certain individual finality, a self-contained story with a clear end. When a reader returns for the next book, it is most likely because of the characters or world, not any overarching theme or arc.
But a trilogy promises something else. An early book must come through with action in the story arc but only a step forward or back, not the full conclusion. The reader needs to reach the end of the book and then stare at the wall, fretting over their favorite character, wondering how they will ever reach their final goal.
It is that anxiousness, the driving need to know that also brings in the final factor for a -logy: time. I believe the urgency a reader feels translates today into a shorter period of time they are willing to wait before the next book is released. We see that when fans raise an outcry, demanding the author deliver the next book... now! George R.R. Martin has certainly felt that heat in recent years with his “A Song of Ice and Fire” novels. Originally intended to be a trilogy with “The Winds of Winter” planned on being the third and concluding chapter (according to reports), the book is now the sixth with “A Dream of Spring” intended to be the last in what is now a heptology. Martin's intricately weaved story and use of perilous circumstances with cliffhangers has done nothing but fuel his fans' passions even higher. The expectations have been a burden for Martin to endure but then, would ASOIF be the same if it had been structured as a series? Perhaps not.
And that difference certainly means a lot to his readers. 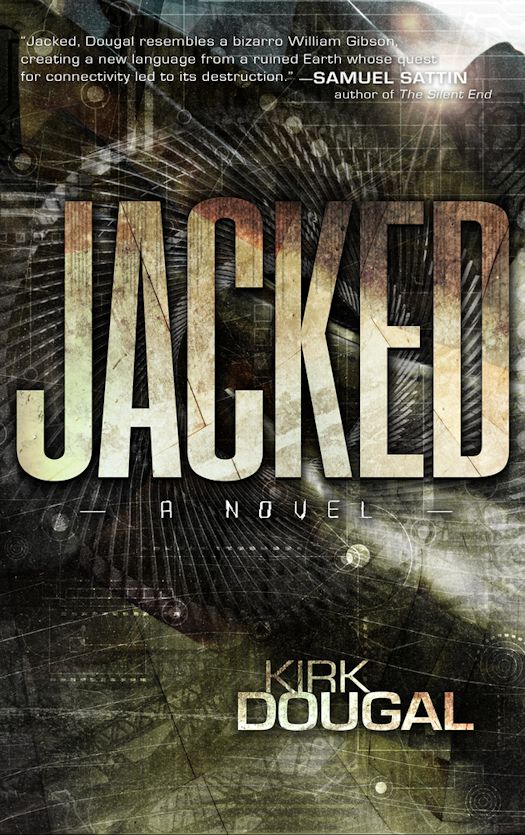 In the near future, fifteen-year-old "Tar" Hutchins is a fixer.

He can repair technology just by touching it. That's a dangerous thing to be in a world after The Crash, an event that left millions dead or little more than empty, mindless shells. In the aftermath, a new regime hunts down technology and destroys machines with ruthless zeal, even executing fixers like Tar.

And Tar has caught their attention

Now, he's running for his life, desperately searching for other fixers, avoiding the engineers responsible for The Crash, and hoping to save those whose minds have been lost. In his flight, Tar must grow up and come to realize his ability to manipulate tech is more than just "some neat trick.

Can a teenager, even a gifted one like Tar, hope to survive — much less be victorious — when an entire government is deadset against him? 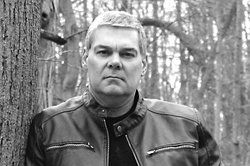 Kirk Dougal has had works in multiple anthologies and released his debut novel, Dreams of Ivory and Gold in May of 2014 through Angelic Knight Press with a 2nd edition in February 2015. His YA science fiction thriller, Jacked, leads the launch of Ragnarok Publications' Per Aspera SF imprint in 2016. He is also waiting on the publication of his SF/LitRPG novel, Reset, while completing the sequel to Dreams, Valleys of the Earth.

Kirk is currently working in a corporate position with a group of newspapers after serving as a group publisher and editor-in-chief. He lives in Ohio with his wife and four children. Discover more at his website or hanging out on Facebook and Twitter.