Please welcome Paul Kearney to The Qwillery. Paul's upcoming novel, The Wolf in the Attic, will be published on May 10th by Solaris. I asked Paul to write about Oxford, England - the setting for the novel. 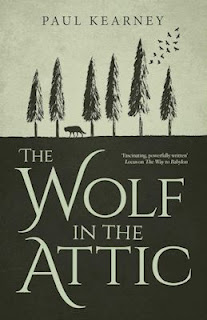 I lived in Oxford for five years, three of them while I was studying at the University, and then two more while I was writing my first book and unsure of what it was I was destined to do with my life. So I saw the city from two opposing sides. Firstly, as a student, a callow Irishman who didn’t know his ass from a hole in the ground, and then, later, as someone outside the college atmosphere, just trying to make a living. Both aspects of my time there were invaluable- vital, even, in order to come to some kind of real familiarity with the place. Town and Gown, as it’s described.
I got my first real beating in Oxford, at the hands of a bunch of football fans, and as a barman I saw another side to the place entirely. But I never lost my love of the city. And not only the streets and pubs and colleges, but the countryside which surrounded them. It is still possible – just – to walk up one of the hills surrounding Oxford and see a view of a place which does not seem to have changed in centuries. Put simply, it is in my eyes the most beautiful city in England.
My own college was founded in 1427, and its alumni are as varied as John le Carre and Dr Seuss. You cannot but be awed (as an eighteen year old especially) by a place which holds such an enormous amount of history. I still think of my time there as a privilege, which, inevitably, being eighteen years old, I did not make full use of.
I fell in love there for the first time, made friends I still have today, and was allowed to peer into a vast intellectual world which I am still exploring. One of my Norse tutors, Ursula Dronke, had known and worked with JRR Tolkien (‘If only he hadn’t wasted so much time on those silly Hobbit books,’ she said to me once). I drank in the same pubs – at that time barely altered – in which Tolkien and Lewis and the rest of the Inklings had smoked their pipes and debated the merits of Middle Earth and Narnia.
As a would-be writer, how could one not be inspired by living in a place like that?

After I left Oxford, there was a long gap of almost twenty years when I was off living abroad, writing, trundling on with my life. When I finally went back, I found the place very changed. It was... shinier. At the same time more affluent and less authentic. But the essence of it was still intact.
Two events around that time made a large mark on my psyche. Firstly my father died. He was, and remains, the best man I have ever known. Secondly, I went walking on the Ridgeway for the first time in two decades, some two months after his funeral, alongside my brother and cousin. All three of us had been educated at Oxford- a small miracle for a down-to-earth rural County Antrim family. And we all share a love for the city, and the landscape which surrounds it.
I don’t know if it was a kind of simmering grief, or the fellowship of the road, but I began to think of Oxford as a place which was somehow more than just significant in memory and experience. It was as though it were some other force by itself, a catalyst for inspiration which had been lying dormant in my mind for the better part of thirty years. In any case, it became even more of an emotional touchstone for me, and I began to realise that whatever I wrote next, Oxford would be in it. More than that; the city and its history would somehow provide a key to the unfolding of the story itself.
So I drew on those distant memories. The eighteen year old me had often felt lost and alone in my early days there, and the place had been busy and uncaring at first, especially to the young Irishman with a close (and large) family. But I found friendships there which endured, and a sense of belonging which never afterwards left me.
The nostalgia of a fifty year old man is not to be trusted. Oxford changes year on year, with each new influx of students. But I like to think that what makes it special is something which cannot be replicated, and cannot be destroyed, even in this throwaway, narcissistic age.
I hope that is the case, for if it is not, then something truly unique will have been lost forever. 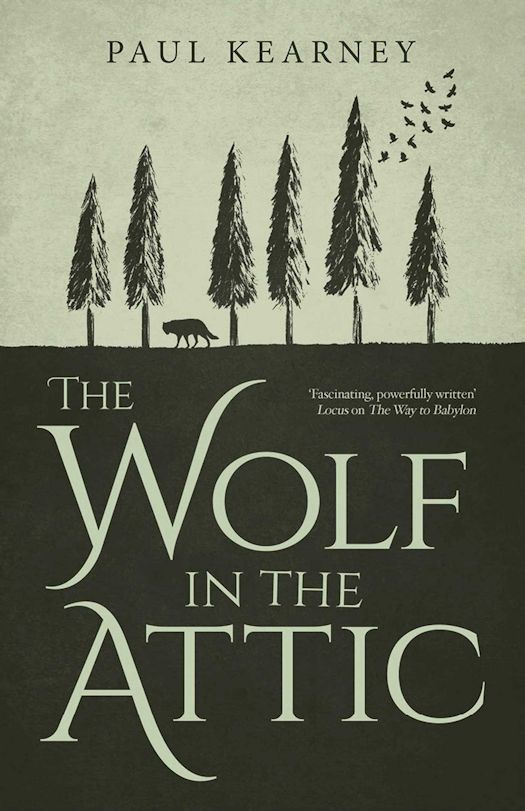 1920s Oxford: home to C.S. Lewis, J.R.R. Tolkien... and Anna Francis, a young Greek refugee looking to escape the grim reality of her new life. The night they cross paths, none suspect the fantastic world at work around them.

Anna Francis lives in a tall old house with her father and her doll Penelope. She is a refugee, a piece of flotsam washed up in England by the tides of the Great War and the chaos that trailed in its wake. Once upon a time, she had a mother and a brother, and they all lived together in the most beautiful city in the world, by the shores of Homer's wine-dark sea.

But that is all gone now, and only to her doll does she ever speak of it, because her father cannot bear to hear. She sits in the shadows of the tall house and watches the rain on the windows, creating worlds for herself to fill out the loneliness. The house becomes her own little kingdom, an island full of dreams and half-forgotten memories. And then one winter day, she finds an interloper in the topmost, dustiest attic of the house. A boy named Luca with yellow eyes, who is as alone in the world as she is.

That day, she’ll lose everything in her life, and find the only real friend she may ever know.

Paul Kearney is the critically-acclaimed author of The Monarchies of God and the Sea Beggars series. He has been long-listed for the British Fantasy Award. In the eight years subsequent to the publication of The Way to Babylon, Kearney lived in Copenhagen, New Jersey, and Cambridgeshire, but at present he makes his home a stone's throw from the sea in County Down, with his wife, two dogs, a beat-up old boat, and far too many books.

Labels: Guest Blog, Paul Kearney, Solaris Books, The Wolf in the Attic
Email ThisBlogThis!Share to TwitterShare to FacebookShare to Pinterest