Interview with Kat Howard, author of Roses and Rot


Please welcome Kat Howard to The Qwillery as part of the 2016 Debut Author Challenge Interviews. Roses and Rot will be published on May 17th by Saga Press. 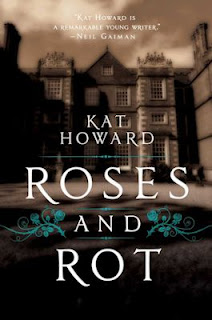 Kat:  I started writing seriously in late 2007, when I decided to apply to Clarion. I was basically in a situation where my personal life had taken an unexpected turn, and it was one of those “Okay, well, let’s see if I can do this thing, what have I got to lose” moments. I was so sure that I wouldn’t succeed that it stopped me from feeling afraid about it.

Kat:  In my initial drafts, I’m almost entirely a pantser. Once I have that down, I then go back and figure out what I’ve left out, and try to do things like impose some sort of structure and make sure a plot gets in there at some point.

Kat:  In case that answer above didn’t give it away, I do have to remember to put the plot in, and it has been and continues to be a challenge for me to get my brain to think about plot in a way that translates to things actually happening on the page. I’m also someone who is, for the most part, much more comfortable when I’m revising, rather then when I’m writing that very first draft, so learning to relax and write something that’s “good enough for now” so that I can move on and then make it better later is an ongoing thing as well.

Kat:  I think it can be hard to see your own influences sometimes, to recognize the thing that itches your brain until it becomes a story. But I’m inspired by a lot of writers currently working: Holly Black and Elizabeth Hand and Sarah McCarry and Kelly Link and Sofia Samatar and Maggie Stiefvater and Victoria Schwab and Maria Dahvana Headley and Fran Wilde and Genevieve Valentine and Zen Cho and Carmen Maria Machado and that’s a non-exhaustive list.

TQ:  Describe Roses and Rot in 140 characters or less.

TQ:  Tell us something about Roses and Rot that is not found in the book description.

Kat:  It contains two kittens, a train, and chocolate mousse.

TQ:  What inspired you to write Roses and Rot? What appeals to you about writing Contemporary Fantasy?

Kat:  I’ve loved the story of Tam Lin ever since I first read Pamela Dean’s novel. Roses and Rot came out of thinking about one particular part of that story – the tithe that Fairy pays, and the way to break that tithe. Who do you love enough to risk that much for? Once I had that question, I had the beginning of the book.

I write fantasy because it’s a genre that allows me to start with the metaphor, and move on from there. I like weirdness and magic and wonder, and writing fantasy allows me to make all of those things literal.

TQ:  What sort of research did you do for Roses and Rot?

Kat:  I read a lot of biographies of women artists, and I watched a lot of ballet. Let me tell you, it’s not a bad life, watching videos of Misty Copeland or Sergei Polunin for work.

TQ:  Why did you set the novel in rural New Hampshire?

Kat:  I knew and loved the area.

TQ:  Give us one or two of your favorite non-spoilery quotes from Roses and Rot.

Kat:  “You go into the woods to find your story. If you are brave, if you are fortunate, you walk out of them to find your life.”

TQ:  Do you have any favorite fairy tales?

Kat:  My favorite is probably “Beauty and the Beast” – I collect different versions of it. I also really love “The Six Swans.”

Kat:  Well, I’m always writing short fiction, and – speaking of fairy tales – I have a retelling of “The Snow Queen” that will be a part of The Starlit Wood anthology, coming later this year from Saga. I’ll also have a new novel (completely unrelated to Roses and Rot, which is fully a standalone) out from Saga in the fall of 2017. 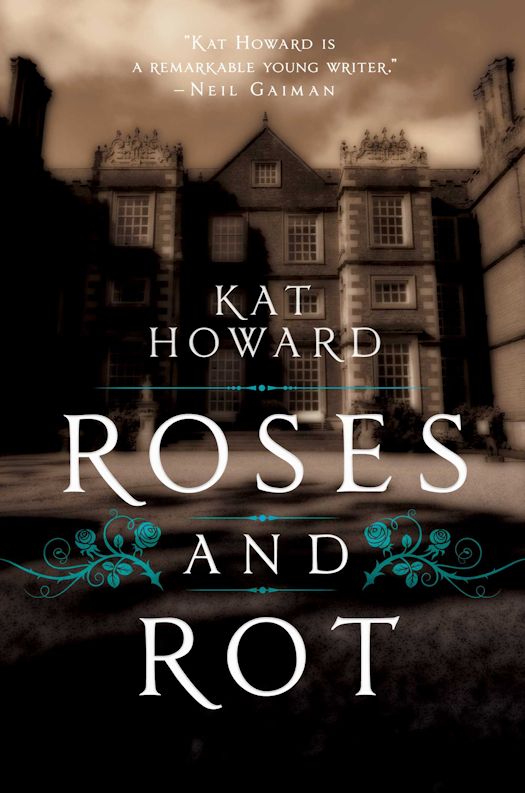 Imogen and her sister Marin escape their cruel mother to attend a prestigious artists’ retreat, but soon learn that living in a fairy tale requires sacrifices, whether it be art or love in this haunting debut novel from “a remarkable young writer” (Neil Gaiman).

What would you sacrifice for everything you ever dreamed of?

Imogen has grown up reading fairy tales about mothers who die and make way for cruel stepmothers. As a child, she used to lie in bed wishing that her life would become one of these tragic fairy tales because she couldn’t imagine how a stepmother could be worse than her mother now. As adults, Imogen and her sister Marin are accepted to an elite post-grad arts program—Imogen as a writer and Marin as a dancer. Soon enough, though, they realize that there’s more to the school than meets the eye. Imogen might be living in the fairy tale she’s dreamed about as a child, but it’s one that will pit her against Marin if she decides to escape her past to find her heart’s desire.

Kat Howard lives in New Hampshire. Her short fiction has been nominated for the World Fantasy Award, anthologized in year's best and best of collections, and performed on NPR. Roses and Rot is her debut novel. You can find her on twitter at @KatWithSword.