Please welcome Ruth Vincent to The Qwillery as part of the 2016 Debut Author Challenge Interviews. Elixir was published on May 3rd by Harper Voyager Impulse. 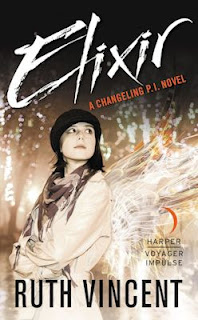 Ruth:  Well, I suppose technically I wrote my first 'book' at the age of 4. It was called "The Birds," and bore no resemblance to the Alfred Hitchcock film of the same name. (It was about a family of birds, and their adventures.) (I think my parents still have it in the attic somewhere.)

I've been trying to write professionally since college - first as a freelance journalist (since that seemed like a more 'legitimate' career than novelist - though in truth it's just as difficult.) I also tried my hand at literary fiction. In the end, I gave them both up and switched to writing genre fiction - because I found it much more fun!

Fantasy was always my favorite genre to read, and so I wanted to write in the same genre that had brought me so much joy!

Ruth:  I'm a plotter, if only out of necessity! I started writing as a pantser, and I would write these horrible, completely unreadable drafts that kept devolving into tangents that never went anywhere. I realized I would never finish a book that way. So I learned to plot in self-defense! I 'pantse' individual scenes sometimes, if I'm feeling stuck, but never an entire book. Now that I'm published and have to stick to a deadline schedule, an outline (with coinciding word-count goals) is the only way I know to ensure I meet my due dates!

Ruth:  Honestly, just finding the time! Day jobs, family obligations, and all the 1001 daily details of adult life can easily hijack one's writing schedule. I try to be hyper vigilante about blocking the time out in my calendar and sticking to it!

Also, I think we all have a little voice in our head that's mean to us - meaner than any critic would be. I do whatever I can to try to shut that voice up - at least for long enough that I can get my word count!

Ruth:  I've always been an avid reader, and I think that sum total of collected knowledge from a lifetime of reading probably provides the foundation for everything I write. For specific influences related to writing urban fantasy, I must say Kim Harrison's "The Hollows" series was a huge inspiration to me. That was the series through which I discovered urban fantasy as a genre, and I've still rarely seen it done better.

I also read a ton of 19th century classic literature and poetry as a young person, and I think that continues to influence me. Even writing commercial fiction, I still care a lot about the beauty of the individual sentence, its musicality, and the richness of the images. I want to write lines that will linger in the reader's mind, as well as great characters and plots of course!

TQ:  Please tell us something about Elixir that is not found in the book description.

Ruth:  The Fairy Queen is a much more complicated and interesting character than you'd know from the book jacket. I love to write complex, empathetic villains, who - if things had gone a bit differently - could have easily been the hero of the story.

TQ:  What inspired you to write Elixir? What appeals to you about writing Urban Fantasy?

Ruth:  The seed inspiration for Elixir came from the bedtime stories my dad told me as a child. These "Super Fairy" stories were a mash-up between the fairy tales I loved and the 1960's era Superman TV show plots my dad remembered from his youth (I was raised without TV - so for years I thought my dad had cleverly made up all these superhero stories!) "Super Fairy" was a changeling of sorts - a fairy who goes to live amongst humans, disguised as a human child. Elixir is a more grown up take on those stories.

I've always loved urban fantasy as a genre, because it's simultaneously the world we know, but also has some weird twist. I find urban fantasy more accessible than a completely invented fantasy world, because it does play upon the familiar. As such, I think good urban fantasy can also offer interesting social commentary, disguised as a rollicking fantasy tale.

TQ:  What sort of research did you do for Elixir?

Ruth:  I did background research into Celtic fairy folklore (reading such books as Walter Evans-Wentz's "The Fairy Faith in Celtic Countries.") However, ultimately I chose to just make up my own vision of the Fey world!

Ruth:  The easiest character was probably Mab's P.I. boss, Reggie - a native New Yorker, gruff on the surface, but deeply caring beneath. He is somewhat based on people I know and love, and I can hear his thick New York accent in my head as I write!

The hardest was probably Mab's love interest, Obadiah. In the first draft I wrote of this story, I had a completely different character be Mab's love interest. He was noble and brave and tortured...and boring. At that time, Obadiah was a side character - this quirky bootlegger of magic. But he was so much more fun to write, so in the end I made him the romantic lead!

Ruth:  Elixir is not an overtly political novel. However, it is about a society (fairies) utterly dependent on a non-renewable resource (Elixir) which powers all their magic and their way of life. It's about the increasingly unethical and exploitive things they do to produce and control that resource, and the innocent children who get caught in the crossfire of a conflict they know nothing of, who pay the ultimate price. I tried to never hit readers over the head with a particular message - it would be easy to read Elixir purely as an adventure story - but the metaphors are rich.

TQ:  Which question about Elixir do you wish someone would ask? Ask it and answer it!

Ruth:  I'd like to be asked what makes for a good villain in fiction? I've always thought a story is only as strong as its villain, and I've always found villains the most interesting characters to write. The two dimensional villain has always been my bane - I wanted to write an antagonist that was almost as empathetic as the heroine/hero. When we find out the real reasons behind my villain's evil actions (no spoilers here!) they make so much sense that I think the reader could easily imagine themselves doing the same thing under the circumstances. But they are still some pretty evil deeds! That's what makes it an interesting moral quandary!

TQ:  Please give us one or two of your favorite non-spoilery quotes from Elixir.

"Walking through Times Square, I might as well have been back in Fairyland," he said, his voice full of bitterness. "It certainly was no longer home."

Ruth:  I'm hard at work on the sequel to ELIXIR, the second book in the Changeling P.I series, which will be coming out with HarperCollins Voyager Impulse this October!

I'm really excited about it - writing a second book has given me the chance to go deeper, darker, even more morally ambiguous places with my characters, and really force them to grow!

I also have a gaslamp fantasy novel in the works. It's about fairies too, but the Victorian variety. I look forward to seeing where that story goes!

Ruth:  Thank you so much for having me! 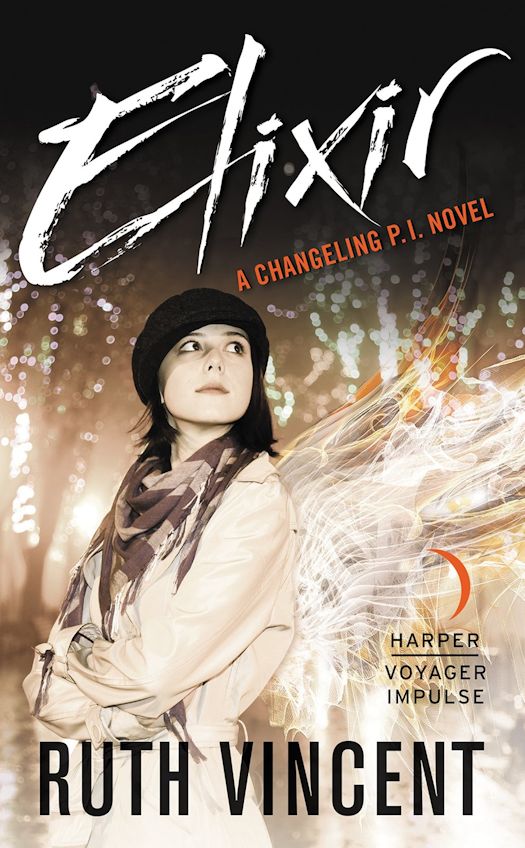 Mabily "Mab" Jones is just a twenty-something, over-educated, under-employed New Yorker trying to survive as a private eye's unpaid intern . . . or is she? Once a powerful fairy, but tricked by the Fairy Queen into human form, Mab is forced to face her changeling past when investigating a missing person case at a modern speakeasy.

Obadiah Savage bootlegs fairy Elixir to human customers thirsting for a magical fix. But when Mab and Obadiah become joint suspects in a crime they didn't commit, the only way to prove their innocence is to travel back to the fairy realm. And when Mab confronts the Fairy Queen and learns the depth of her betrayal, she must decide if the fate of the fey world is worth destroying the lives of the humans she's come to love. 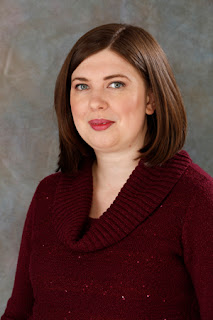 Ruth Vincent spent a nomadic childhood moving across the USA, culminating in a hop across the pond to attend Oxford. But wherever she wanders, she remains ensconced within the fairy ring of her imagination. Ruth recently traded the gritty urban fantasy of NYC for the pastoral suburbs of Long Island, where she resides with her roguishly clever husband and a cockatoo who thinks she’s a dog.

Ruth Vincent is the author of the CHANGELING P.I series with HarperCollins Voyager Impulse, beginning with her debut novel, ELIXIR.


Ruth loves to hear from readers. Get in touch at www.ruthvincent.com,
Facebook.com/RuthVincentAuthor or Twitter @ByRVincent.