If this post ends abruptly its probably because I have fallen into a mince pie/Ferrero Rocher coma. I have eaten soo much this holiday that I going to have to spend the next month in the gym. Along with all the delicious xmasy treats I have also managed to read a few books - one of them was as sugary as some of the sweeties I have been munching on. So what did I read?

If you read my WIR you might remember that I managed to sign myself up for a trial of Kindle Unlimited. I want to make sure I make the most of it so have been trawling through the fantasy and science fiction Kindle books. In my searches came across Heart of Fire by Kristen Painter. This is the story of Jessalyne who hires the dark elf Ertemis to escort her across the Kingdom. She is on her way to fulfill her destiny to train as the King's sorceress. What she doesn't realise is that Ertemis is one of the most deadliest soldiers in the Kingdom and on the run from the Legion. Can she trust the tall, dark and dangerous elf? You are going to have to read it to find out.

I have read Painter's House of Comarré series and was expecting Heart of Fire to be a bit grittier than it was. This book was soo sugary sweet it almost gave me cavities. This book is described on Goodreads as 'magic, murder and mayhem' but I don't think this was an apt description. Jessalyne was so innocent and naive that she was very one dimensional. Ertemis was slightly more believable but for someone on the run from the Legion with a big bounty on his head he never seemed to worry too much about getting caught. I thought it read a bit like Snow White without the dwarves or Cinderella without the evil stepsisters. I have to admit that I did a bit of flicking towards the end as it got a bit too dull for me. What I will say for this book is that I LOVE the cover. I think it is gorgeous.

My searching on Amazon also uncovered book 2 of the War of the Alphas series by SM Reine - Beta. I discovered this series back in March quite by accident and really enjoyed Omega (book 1). This instalment starts a few weeks after the dramatic, cliffhanger ending of Omega with Deirdre now the beta to the madman, would-be Alpha Everton Stark. Stark's new plan to become the alpha involves Deirdre stealing a deadly elven sword and Stark is more than prepared to kill anyone and everyone who gets in his way - even Deirdre or especially Deirdre once he learns she was sent in to infiltrate his organisation. Stark's rise to power does not come without a cost and it seems that Deirdre is the one to pay with her mind, body and soul.

Beta isn't an easy read. Deirdre is physically and mentally abused by Stark and you kind of wonder why she puts herself through it. The vengeance that Stark offers doesn't seem worth it. He continually physically abuses her to assert his dominance and has her addicted to lethe which is a drug which should help her discover her animal form - something that Deirdre is desperate to uncover. I keep hoping that Reine will give us even the tiniest hint that Stark isn't a complete psychopath but by the end of book 2 he is still acting the very same. I did enjoy the introduction of the elves but Reine seemed to drop in the middle worlds which I don't remember being mentioned in the previous book. Unlike the previous book I reviewed here there is lots of magic, murder and mayhem in Beta and Reine leaves us with another dramatic ending. I have already started book 3 Alpha so hope to tell you about that next time.

The final book I read was Every Heart a Doorway by Seanan McGuire. I got this book from NetGalley. I was all ready to write my review when I decided to double check the publication date and realised it isn't out until April so I can't tell you what I thought for a few months yet. Sorry! Now you will have to wait in anticipation.


Well that is it for me for 2015. Can you believe it? Time flies when you are reading good books. For those that celebrate I hope you had a very merry Christmas and to all of you, best wishes for 2016. 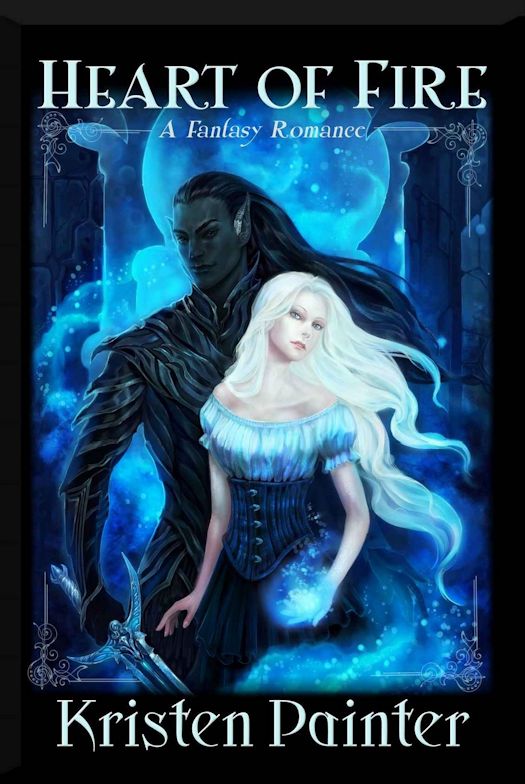 Sometimes love is the most dangerous magic of all...

Eager to find her place in the world and understand the frightening gifts she’s been born with, Jessalyne Brandborn leaves her sheltered life to become apprentice to the most powerful sorceress in Shaldar. She hires Ertemis, the deadliest man in the realm, to get there.

With the Legion’s bounty on his head, dark elf Ertemis is reluctant to escort Jessalyne but needs the money she offers – especially if he’s ever to find out who his father is. On the way, he discovers benefits to Jessalyne’s naiveté; she treats him like an equal, not an outlaw.

Swayed by Ertemis’ gruff charm, Jessalyne starts to trust him and her emotional walls begin to crumble.

Little do they know that within them lies the hope of the dying elven race, the renewal of Shaldar's beleaguered kingdom and an incredible chance at love. If they don't kill each other first. Ten years ago, Deirdre Tombs died. When she was reborn the next day, Deirdre had become a shapeshifter who can’t shift shapes. Nobody knows what animal she’s supposed to be. She’s definitely not a werewolf. The Alpha, Rylie Gresham, can’t force her to transform like other members of her pack.

Now Deirdre is considered an omega, the weakest shapeshifter in the pack—a vulnerable position when Everton Stark demands tribute from Rylie. He wants to be the dominant Alpha. The only Alpha. And he plans to make her pack submit whether they want to or not. Stark can make every shapeshifter obey him by force of will alone.

Every shapeshifter except Deirdre.

The shifter who can’t shift is the only hope for Rylie to win the war against Stark. It will take everything Deirdre has to survive undercover in his den. But can an omega’s will be stronger than that of a charismatic, deadly Alpha like Everton Stark? 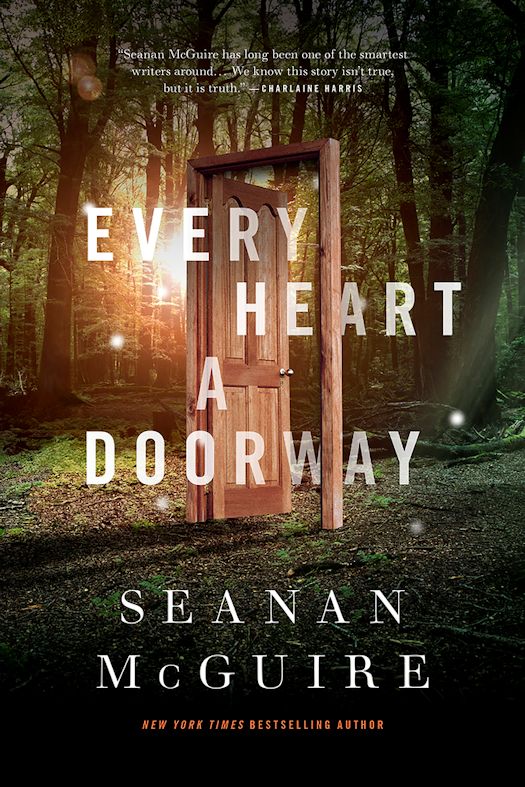 Children have always disappeared under the right conditions; slipping through the shadows under a bed or at the back of a wardrobe, tumbling down rabbit holes and into old wells, and emerging somewhere... else.

But magical lands have little need for used-up miracle children.

Nancy tumbled once, but now she's back. The things she's experienced... they change a person. The children under Miss West's care understand all too well. And each of them is seeking a way back to their own fantasy world.

But Nancy's arrival marks a change at the Home. There's a darkness just around each corner, and when tragedy strikes, it's up to Nancy and her new-found schoolmates to get to the heart of things.

No matter the cost.