Please welcome Erin M. Evans to The Qwillery. Ashes of the Tyrant, a Brimstone Angels novel, is published today by Wizards of the Coast. Please join The Qwillery in wishing Erin a Happy Publication Day! 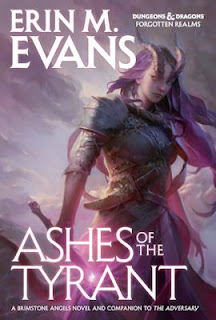 The last time I got into a fight, I’m pretty sure it involved one daring open-handed smack, followed by someone screaming “MOOOOOM!” I’m no brawler in real life. I’d rather use my words, my utter stubbornness, and a passing knowledge of contract law to bring my enemies—like that bastard Comcast!—low. But some stories need a more physical response. Sword and sorcery—like my Brimstone Angels Saga--demands it. And me with no fencing background, no love of martial arts, no encyclopedic background on medieval weaponry.

Truth be told, I think it’s easier to manage without those things. While a deep knowledge of fighting styles can add verisimilitude to your fight scenes, it can also send you wildly off track. I’ve edited a lot of fight scenes—I’ve written quite a few too—and the ones that bog down fastest are those that concern themselves too much with the mechanics of the fight, the flash of a blade and the art of the punch. While it might seem at first glance that the goal of the fight scene is to make clear exactly how Character A makes Character B bleed, that’s just an illusion and falling for it is why so many people seem to hate reading and writing fight scenes.

True: Bad fight scenes can certainly be sunk by writers who don’t pay attention to physics or physiology, geometry or geography. But most of the time they break because we forget they’re not special—the story doesn’t stop because the characters draw steel. In fact, it ought to be amplified. Characters gain focus, plot points sharpen, themes reveal themselves in the heat of battle. Making sure that happens is—in my experience—far more important than detailing swordwork that few of your readers have an understanding of or a real appreciation for.

Applying the same techniques and guidelines to fight scenes as you do the rest of your story isn’t always simple—another reason why it’s easy to write them badly. So here are my six, quick-and-dirty fight scene tips:
There are always exceptions, of course, and there are always those who like a historically accurate and detailed description of swordwork. But in general, these six tips have helped me learn to like writing fight scenes, and keep them a little more interesting. 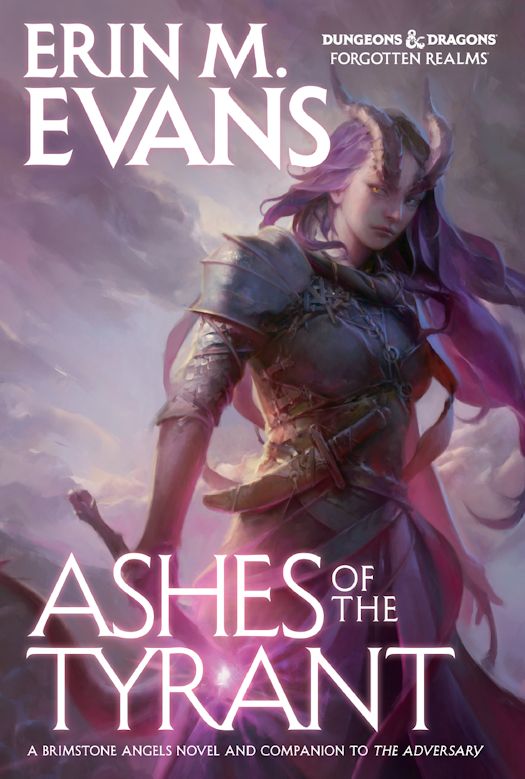 In a direct follow-up to her fourth book in the Brimstone Angels series, Fire in the Blood, Erin M. Evans thrusts her signature character Farideh into a fast-paced murder mystery rife with political intrigue.

In the wake of the war brought on by the Sundering, Farideh’s adopted father Mehen has been called back by the clan that cast him out, and Farideh and Havilar mean to go with him. Just as Mehen confronts the head of his former clan, a clutch of young dragonborn is found in the catacombs, brutally murdered, an infernal summoning circle that looks all-too-familiar to Farideh, nearby. 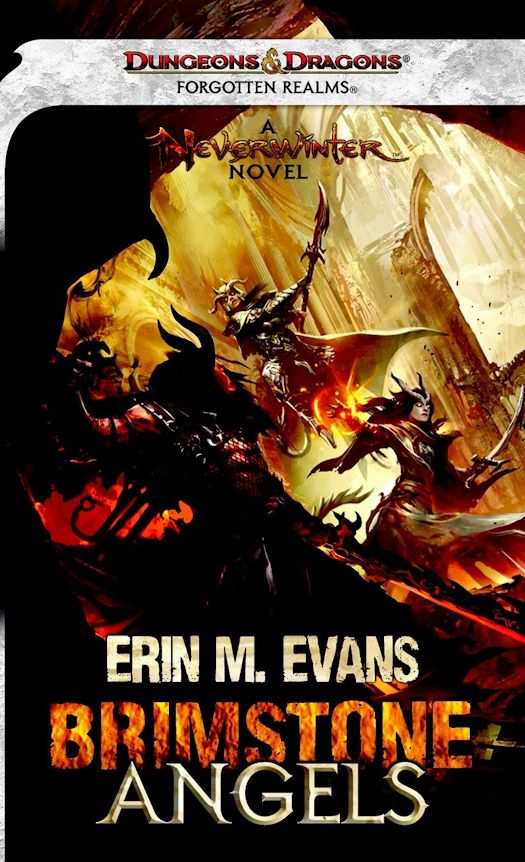 Rejected at birth and raised in a village of tiefling misfits, Farideh expects a life without friends, love, or control over her destiny. Then she makes a pact with a devil named Lorcan, and everything changes.

You’ll have the power to do as you please.

Lorcan promises all she ever dreamed of and asks for nothing in return. Her twin sister Havilar urges Farideh to resist the devil’s sway. But Farideh’s not so sure. Lorcan may be dangerous but the power he offers is exhilarating.

In the ruins of Neverwinter, Farideh’s doubts get tangled up in a devilish snare six layers deep. A succubus playing human pawns against an otherworldly foe sees the twins as obstacles in her path. And Lorcan’s monstrous sisters have their eyes on the city—and on Farideh. There’s no time to question her pact with Lorcan—it will take every ounce of Farideh’s newfound powers to get out of Neverwinter alive. 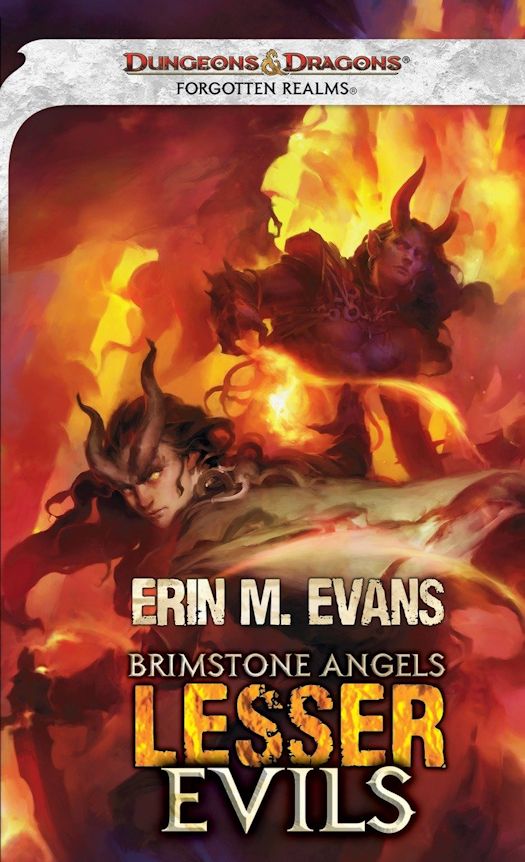 Mere weeks after escaping Neverwinter, Farideh’s dreams are still haunted by Lorcan, the cambion devil whose power fuels her own. One of only four known descendents of the original Brimstone Angel, Farideh has no regrets about the pact she made with the devil. But no one in the Hells knows that she has a twin—an impulsive eager sister, just waiting to be corrupted. At least as long as Lorcan can keep her secret. Determined to protect her sister, Farideh searches for a ritual that could call Lorcan out of the Hells. But in the midst of her hunt, she’s drawn into an assignment for the secret society the Harpers, an assignment which leads her and a ragtag group of allies to an ancient Netherese library deep underground. While the group combs the site, dodging ghosts and magical traps, Farideh discovers a magical book whose pronouncements throw into question everything she thought she knew about herself and her sister. The more the Book gives up its macabre secrets, the more one thing becomes clear—a traitor lurks among them. 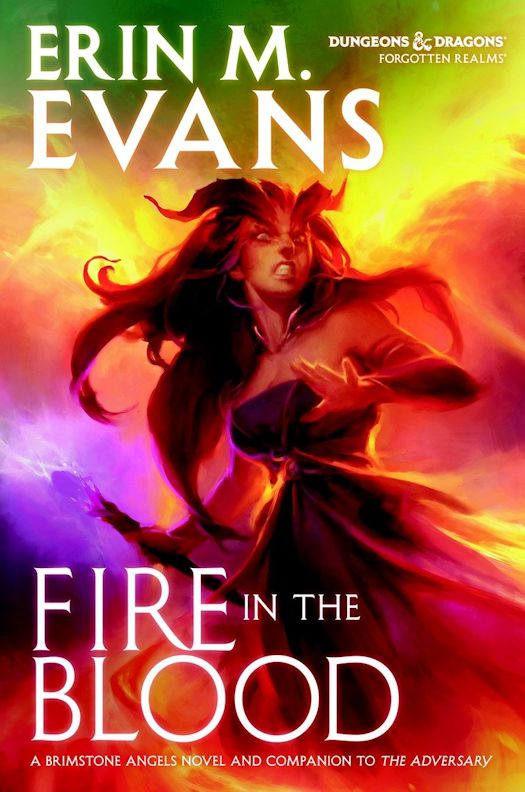 SCRIBE- award-winning author, Erin M. Evans, continues the riveting tale of her Sundering character, Farideh, as she becomes embroiled in a Forgotten Realms-flavored game of thrones.

In a direct follow-up to the third book in the Sundering series, The Adversary, young warlock Farideh falls into the midst of a battle for the throne of Cormyr. As the war brought on by the Sundering rages across Faerûn, princes and princesses, wizards and rogues scheme to capture the seat of power of the Land of the Purple Dragon—with Farideh and her allies caught squarely in the middle. 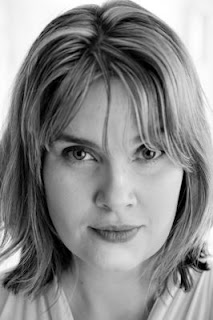 Erin M. Evans got a degree in Anthropology from Washington University in St. Louis—and promptly stuck it in a box. Nowadays she uses that knowledge of bones, mythology, and social constructions to flesh out fantasy worlds. She is the author of the Brimstone Angels Saga, including Fire in the Blood and Ashes of the Tyrant. She lives in Washington State with her husband and sons.