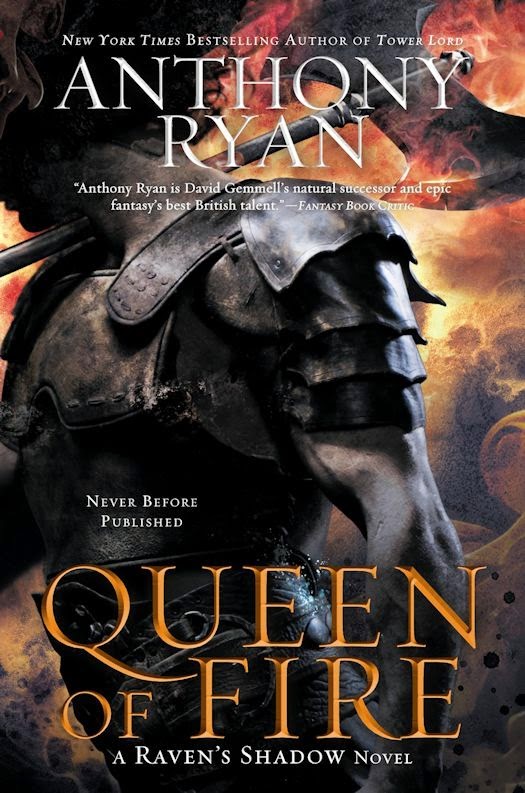 In the thrilling conclusion to the “deftly and originally executed” (Booklist) New York Times bestselling trilogy, Vaelin Al Sorna must help his Queen reclaim her Realm. Only his enemy has a dangerous new collaborator, one with powers darker than Vaelin has ever encountered…


“The Ally is there, but only ever as a shadow, unexplained catastrophe or murder committed at the behest of a dark vengeful spirit. Sorting truth from myth is often a fruitless task.”

After fighting back from the brink of death, Queen Lyrna is determined to repel the invading Volarian army and regain the independence of the Unified Realm. Except, to accomplish her goals, she must do more than rally her loyal supporters. She must align herself with forces she once found repugnant—those who possess the strange and varied gifts of the Dark—and take the war to her enemy’s doorstep.

Victory rests on the shoulders of Vaelin Al Sorna, now named Battle Lord of the Realm. However, his path is riddled with difficulties. For the Volarian enemy has a new weapon on their side, one that Vaelin must destroy if the Realm is to prevail—a mysterious Ally with the ability to grant unnaturally long life to her servants. And defeating one who cannot be killed is a nearly impossible feat, especially when Vaelin’s blood-song, the mystical power which has made him the epic fighter he is, has gone ominously silent…

Queen of Fire is the third and final book in the Raven's Shadow series by Anthony Ryan. Blood Song, book one, and Tower Lord, book two, should definitely be read first. If you haven’t had the
chance, start there. They are remarkable epic fantasies.

Queen Lyrna awakes to find she is miraculously healed through the power of one of the Gifted. Realizing these people are to be valued, not put to death as wielders of the Dark, she rescinds the old law at an assembly of her supporters and her newly unified army. There, she rallies her people to march to Varinshold and retake the Unified Realm's capital from the Volarian invaders, seeking justice for the death and torture inflicted upon them through the malignant machinations of the Ally . Lady Governess Reva Mustor, has warily accepted the mantle of Blessed Lady by the masses and makes plans to lead a contingency of her own to join the Queen's crusade. Meanwhile Frentis and his group of fighters also make for Varinshold, continuing on their quest to retake cities lost to the Volarian invasion along the way. Frentis is haunted by dreams of his former master, the woman who through a dark binding forced him on a rampage of murder that culminated in the assassination of King Malcius and his family and the horrific burning of Lyrna. He is well aware that when he reaches Varinshold and the Queen, he will face judgment for the crimes he committed, albeit against his will. Vaelin, the queen's Battle Lord, receives instructions to seek the Song of a man who cannot die, to learn the true nature of the immortal Ally in order to defeat him and bring balance back into the world. Since he no longer has a Song of his own, he must now rely on the aid of other Gifted to find the answers he seeks and his mission takes him on a hazardous journey far to the east. All paths are fraught with peril and bloodshed and ultimately lead to a final showdown at the great arena in Volar with the fate of humanity hanging in the balance.

Finishing Queen of Fire, the epic conclusion to Anthony Ryan's high fantasy trilogy, left me with a mixed bag of thoughts and feelings. Truth be told, I was slightly let down. Not because it was a bad book, or had a bad ending but because by the conclusion, many of the characters didn't matter to me. They seemed to have lost their heart and soul. Part of the problem was that there were so many characters that I had a hard time keeping track of who I was reading about. I understand why multiple POV's were introduced; the scope of this novel necessitated it. But when they died or suffered I felt no connection or loss. They failed to matter to me. Another problem was the war itself. Ryan did a fantastic job of describing the brutality and waste of human life that is war, but after a while it became business as usual. The shock value was lost to me, and so it seemed, to some of the story's characters.

That being said I was truly impressed with the novel's complexities and Ryan's masterful orchestration of its considerable characters and events. I loved the complicated relationship between Frentis and the horror show of a woman who was once his master. Their connection through dreams ranged from uncomfortable to perverse, but ultimately it was inspired. I found Queen Lyrna's inner dialogue fascinating as she experienced the power rush of her newly minted monarchy. I also really enjoyed Reva's story arc, and her character's strength of will and legendary fighting skills kept me rooting for her. On the other hand, I was disappointed that Vaelin, the darling of Blood Song, who after being sent out to the frozen wastelands to discover more about the Ally, became simply another ensemble player.

However, even with all my complaints I still think it's quality reading. Anthony Ryan will draw you into the world he created and it will hold you in its thrall. Ryan truly is a brilliant writer; Vaelin will always remain high on my list of favorite all-time literary characters. I would definitely recommend the series to lovers of high fantasy although, at 637 pages for this book alone, be prepared to invest a good chunk of time. I am truly looking forward to reading more from Anthony Ryan in the future. 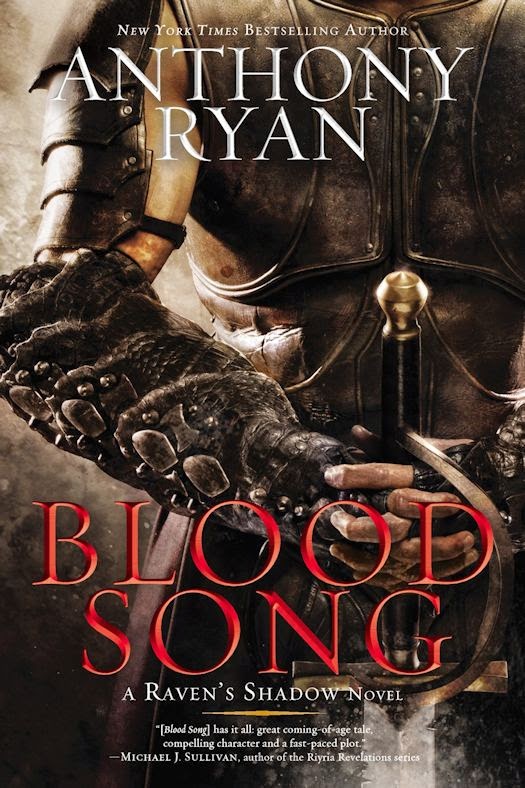 “Fans of broadscale epic fantasy along the lines of Robert Jordan’s Wheel of Time series and George R. R. Martin’s Song of Ice and Fire novels should find this debut much to their liking.”—Library Journal
The first in the “powerful” (SFFWorld.com) New York Times bestselling series

Vaelin Al Sorna was only a child of ten when his father left him at the iron gate of the Sixth Order—a caste devoted to battle. Vaelin will be trained and hardened to the austere, celibate and dangerous life of a warrior of the Faith. He has no family now save the Order.

Vaelin’s father was Battle Lord to King Janus, ruler of the Unified Realm—and Vaelin’s rage at being deprived of his birthright knows no bounds. Even his cherished memories of his mother are soon challenged by what he learns within the Order.

But one truth overpowers all the rest: Vaelin Al Sorna is destined for a future he has yet to comprehend. A future that will alter not only the Realm but the world. 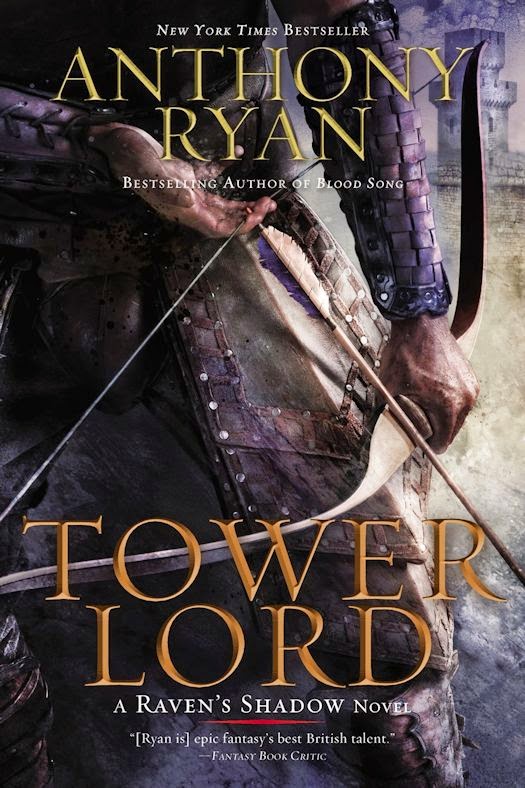 King Janus’s vision of a Unified Realm has failed, drowned in the blood of brave men fighting for a cause that was forged from a lie. Sick at heart, Vaelin Al Sorna, warrior of the Sixth Order, returns home, determined to kill no more, seeking peace far from the intrigues of a troubled Realm.

But those gifted with the blood-song are not destined to live quiet lives. Vaelin finds himself a target, both for those seeking revenge and those who know about his gift. And as a great threat once again moves against the Realm, Vaelin realizes that when faced with annihilation, even the most reluctant hand must eventually draw a sword.