Please welcome Steve Rasnic Tem to The Qwillery. Steve's most recent novel is Blood Kin which was published by Solaris on February 25, 2014. 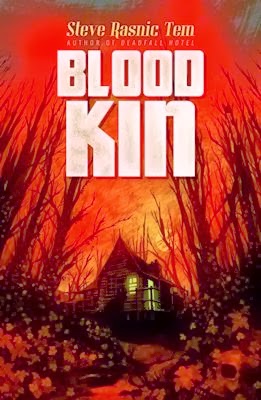 TQ:  Welcome to The Qwillery. You've written several novels starting with Excavation in 1987 to Blood Kin which was published on February 25, 2014 as well as numerous short stories. How has your writing process changed over the years (or not)?

Steve:  I’ve kept my process as varied as possible, and I’ve always looked for new ways to approach short stories—not only finding new ways to begin stories but redefining for myself how much I need to begin writing a piece. So sometimes I may know the first sentence and the ending but I may not even know who the narrator is when I begin—the writing becomes a thinking process for discovering the missing pieces. Other times I may start only with a specific image or stray thought in the mind of an unknown character and I try to discover who would see such a thing or think such a thing.

For me the challenge is to have the willingness to undertake such an exploratory and inefficient path, as well as the willingness to throw away what doesn’t work. It’s not for everybody, and certainly in terms of the economies of time and pay rate it’s completely impractical.

My novel writing process, on the other hand, has become more structured over the years. I wrote Excavation the way I was writing short stories at the time—I started with a few sentences of outline and a list of characters I’d been thinking about, and I just began writing, gathering images and events as I progressed on my head-long rush toward the end. Then I spent a large amount of time rewriting what had become a very rough draft.

Beginning with Deadfall Hotel I was completing projects which had been years in the making—I’d thought about Deadfall Hotel for decades, writing chapters and bits for it here and there, and I had dozens of pages of random notes for it. When I was finally in a place to finish the project I had to sit down and outline each of the chapter/sections in more detail in order to make sure I didn’t miss anything important.

Blood Kin has the most carefully worked out structure of any of my books, and the outline for it was quite detailed, chapter by chapter. It had to be—this is the book about Appalachia I’d been thinking about since high school. I always knew I was going to write it, and so collected notes and research for it for more than 40 years. Hundreds of pages. You can’t really write from that kind of accumulation—it will drown you. So first I had to go through the process of eliminating all the stuff which would NOT be in the novel, and putting that material away. Then I took what was left and divided it into possible narrative sequences and chapters and dramatic movements and developed the detailed outline out of that. I would never have completed the novel without that kind of structural work—I simply could not keep all of it in my head.

TQ:  What is the most challenging thing about writing for you?

Steve:  The major challenge is a combination of time management and deciding what projects to work on. Writers always have more ideas than time, so you choose projects that mean the most to you, or are likely to make the most money, or which you think would be “good career moves” (more than likely it’s a combination of all three). As I get older the choosing process becomes more complicated—obviously I’m not going to have time to write everything I’d like during my time on the planet, so how do I prioritize? Another complication is that I’m addicted to short stories—the process of creating them fulfills me in a way that no other kind of writing can—so even if I wanted to stop writing them to concentrate on more lucrative novels I don’t think I could. So how do I balance all that?

For now, I’m working on the premise that there are certain works I feel I have to complete, that I would feel I had failed myself if I didn’t. Blood Kin was one of those projects—I couldn’t imagine not completing this novel.

Steve:  Essentially, southern gothic is gothic fiction which takes place in the American South. The standard European images of gothic churches, monasteries, mysterious chambers, dying maidens, mold and decay are transplanted to the southern states, where they take on their own character with decaying antebellum mansions, incest, backwoods violence and witchery, twisted preachers, kudzu, weeping willows, etc. I suppose Appalachian Gothic (or Appalachian Weird, if you prefer) is a further subset which emphasizes the particular kind of extreme isolation which sometimes occurs in small mountain towns, coal mining camps, and hollows. The latter is the setting for Blood Kin.

TQ:  Please tell us something about Blood Kin that is not in the book description.

Steve:  I think one of the surprises in this novel is that as isolated as they are, these characters have concerns and visions which go far beyond their claustrophobic local environment. The villain of the book, who possesses the family’s “vision,” has a surprising awareness of the Nazis and the death camps in eastern Europe which he transforms into a horrifying phantasmagoria within the pages of his hand-notated Bible. And our heroine, the young Sadie Gibson, yearns for a finer life outside the constrictions of the hollow.

TQ:  What research did you do for Blood Kin?

Steve:  I can barely remember a time when I wasn’t researching Blood Kin, and a good deal of the research basically came out of simply growing up in the area, supplemented by readings in local history. It began in high school, when I would write down local sayings and stories and folklore in a spiral notebook. My aunts and uncles, and especially my father, were great southern storytellers, and believe me I listened. My dad also owned a country store which was pretty much unchanged since the thirties—it’s the model for the one in the book. My mother and two of my aunts taught in one room schools when they were younger. A fellow who did odd jobs for my father was the preacher for a local snake-handling congregation, and in college I made a friend who took me to a couple of local snake-handling services (and no, I didn’t touch the snakes, preferring to watch from the back of the room). Such services were illegal in Virginia.

The Melungeons are an important background aspect of this book. Legend has it that when the first Scots-Irish settlers came into the region they found a settlement of almond-skinned, Elizabethan English-speaking people already there with no knowledge of their own origins. All manner of explanations have been offered over the years, from claims they were members of Raleigh’s Lost Colony to the results of marriages between Indians, runaway slaves, and stranded Turk and Portuguese sailors. No doubt they will remain a mystery—at this stage we’re unlikely to ever see a definitive explanation. In many cases they were designated by local governments as “free persons of color” and under this label were denied property and voting rights until as late as 1942.

My grandmother grew up in the Blackwater area of Lee County Virginia, a heavily Melungeon section. She had Indian-like features and many of her children, including my father, had dark black hair and relatively dark skin. Although some in my family believe she was Melungeon, race was a delicate issue in that region with very few self-identifying as non-white. She was a quiet, shy woman, and as far as I know never discussed the subject.

TQ:  Which character in Blood Kin was hardest to write and why? Easiest and why?

Steve:  Mickey-Gene was undoubtedly the most difficult, in part because he’s a person who feels compelled to hide so completely who he really is. Almost everyone in that small community think he’s of below average intelligence and unimportant, an “idiot,” a non-person. But it’s all protective coloration. He’s actually quite well read, and sees the world through an artist’s eyes. But it’s also true that in the process of hiding and isolating himself from others he’s stunted his own growth as a human being. He’s shy, self-protective, with limited ability to form close relationships.

Sadie’s Grandpa Simpson was probably the easiest. He’s part of the community, and yet he’s kept himself above at least some of the turmoil. He’s kind, forgiving, with a heightened sense of justice and fairness. Basically, I simply wrote about my own grandfather, who was very much that kind of person.

TQ:  What are you working on now?

Steve:  I recently completed a collection of more traditional, ghostly fiction, loosely influenced by those early 20th century collections of British ghost stories I love so much. The book is Here with the Shadows, and should be out any day from Ireland’s Swan River Press.

I’m also putting together a huge retrospective collection of my uncollected horror fiction for Centipede Press (70 or so stories, 225,000 words). The title is Out of the Dark: A Storybook of Horrors, and it’ll be out sometime next year.

On the novel front I’m working to complete another of those books which I’ve had in progress for decades. This one is a science fictional horror novel about human beings’ inclinations toward violence, and it’s called Ubo. 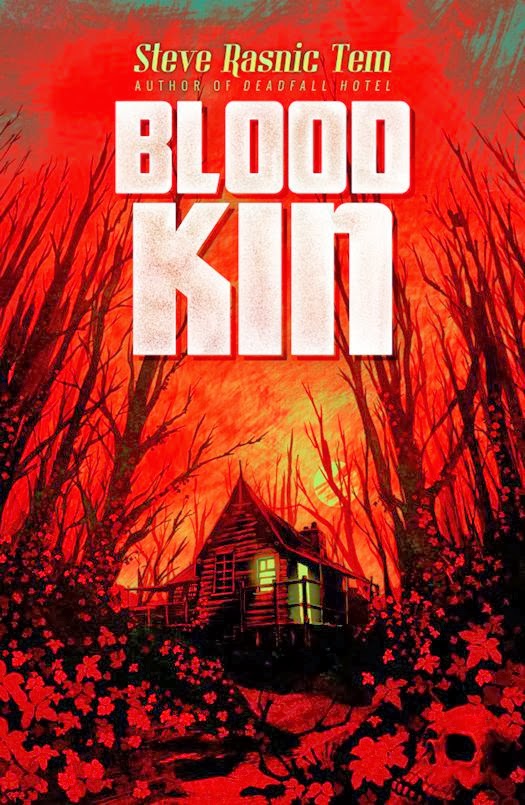 Michael Gibson has returned to the quiet home of his forebears and now takes care of his grandmother Sadie - old and sickly, but with an important story to tell about growing up poor and Melungeon (a mixed race group of mysterious origin) in the 1930s, while bedevilled by a snake handling uncle and empathic powers she barely understands.

In a field not far from the Gibson family home lies an iron-bound crate within a small shack buried four feet deep under the Kudzu vine. Michael somehow understands that hidden inside that crate is potentially his own death, his grandmother's death, and perhaps the deaths of everyone in the valley, if he does not come to understand her story well enough.

Steve Rasnic Tem was born in Lee County Virginia in the heart of Appalachia. He is the author of over 400 published short stories and is a past winner of the Bram Stoker, International Horror Guild, British Fantasy, and World Fantasy Awards. His latest short story collections include Ugly Behavior, Onion Songs, Celestial Inventories, Twember, and Here with the Shadows. His novels include Excavation, The Book of Days, Daughters & The Man On The Ceiling (with wife Melanie Tem), and 2012’s Deadfall Hotel from Solaris.