Please welcome Joseph D'Lacey to The Qwillery. The Book of the Crowman (The Black Dawn Duology 2) is published today in North America and digital format.  Please join The Qwillery in wishing Joseph a Happy Publication Day! 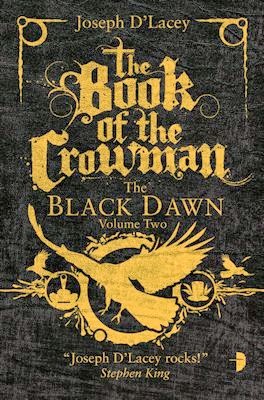 TQ:  Welcome to The Qwillery. When did you start writing? What was your first published piece?

Joseph: Late to the party, that’s me. I didn’t begin ‘with a will’ until I was thirty.

The first story I wrote tells of a terminally ill woman and the second-hand car she buys for a final road trip, only to discover the previous owner was an angel. I submitted it to a small press magazine – Cadenza – and it was accepted. My hit rate went down exponentially after that, as you’d expect but, by then, I knew what I wanted to do.

Joseph:  Depression, addiction, back trouble, creative blocks and being ill-equipped for reality aside, writing’s a tricky career at the best of times. You never how long a winning or losing streak is going to last, how much – or, if ever – you’ll get paid.

It’s such a tempting question, this one, because any writer could pour their heart out for pages and pages in reply.

All I can say is, you learn over time to measure the benefits against the costs and, if you love writing enough, if it is your raison d’etre, you discover that it can sustain you through every challenge it presents.

TQ:  Tell us something about The Book of the Crowman (Black Dawn 2) that is not in the book description.

Joseph:  The Book of the Crowman and Black Feathers were written as one novel but it was too long for Angry Robot to publish in a single book. I hope, one day, they’ll be reunited in one epic volume.

TQ:  Give us one of your favorite lines from The Book of the Crowman.

“An individual may walk many paths but all paths lead to the self; and the true self is greater than any individual can ever be.”

TQ:  What inspired you to write the Black Dawn Duology? Are there any legends, lore or myths underpinning the novels?

Joseph: The earliest threads go back to adolescence but I was forty before putting pen to paper.

My driving force was a passion for the natural world and a fascination with spiritual figureheads. There’s abundant similarity between the life of a messiah and the archetypal hero’s journey; I wanted to combine the two, chronicling the life of a New Age prophet in a modern myth.

TQ:  What sort of research did you do for the Black Dawn Duology?

Joseph: The practically non-existent sort! I don’t enjoy research, to be honest.

There were a few things I needed to check along the way: old English names, geographical facts and other incidentals but, in the main, the story I wanted to tell was already in place, simply waiting to be uncovered.

TQ:  In The Black Dawn Duology: 1) Who was the easiest character to write and why? 2) The hardest and why? and 3) Who is your favorite good guy, bad guy or ethically ambiguous character

Joseph:  The future, for once, is an almost blank page. I’m working on a story for Jurassic London’s The Streets of Pandemonium. When that’s done, the decks are clear for a new novel, likely to be another Fantasy.

Joseph: It’s been a pleasure; thanks for having me! 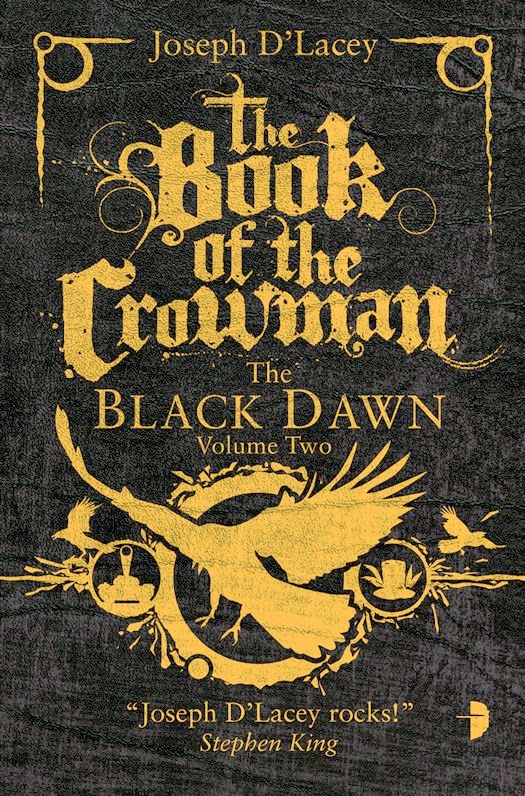 It is the Black Dawn, a time of environmental apocalypse, the earth wracked and dying.

It is the Bright Day, a time long generations hence, when a peace has descended across the world.

The search for the shadowy figure known only as the Crowman continues, as the Green Men prepare to rise up against the forces of the Ward.

The world has been condemned. Only Gordon Black and The Crowman can redeem it. 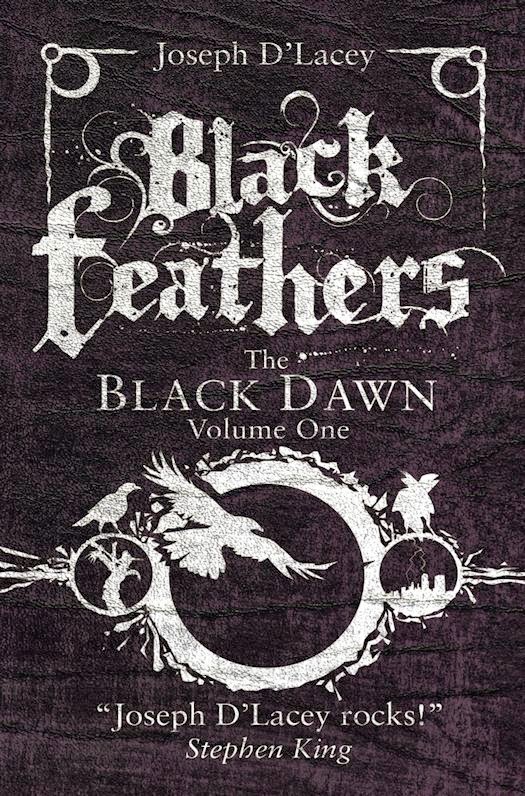 It is the Black Dawn, a time of environmental apocalypse, the earth wracked and dying.

It is the Bright Day, a time long generations hence, when a peace has descended across the world.

In each era, a child shall be chosen. Their task is to find a dark messiah known only as the Crowman. But is he our saviour – or the final incarnation of evil?

File Under: Fantasy [ The Crowman | Joined Through Time | The Last Keeper | The Journey Begins ] 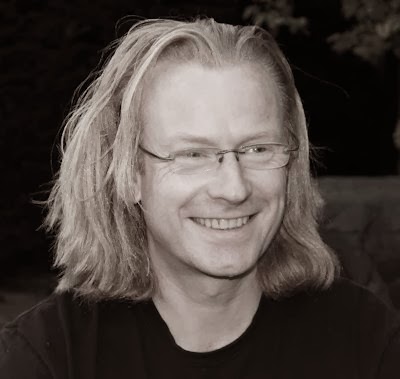 His other published works to-date include Garbage Man, Snake Eyes, The Kill Crew, The Failing Flesh, Black Feathers, The Book of the Crowman and Splinters – a collection of short stories. He won the British Fantasy Award for Best Newcomer in 2009.

He enjoys being outdoors, eating vegetarian food and was recently adopted by two cats.