Please welcome T. R. Williams to The Qwillery as part of the 2014 Debut Author Challenge Guest Blogs. Journey into the Flame (Rising World Trilogy 1) was published on January 7, 2014. You may read an interview with T.R. here. 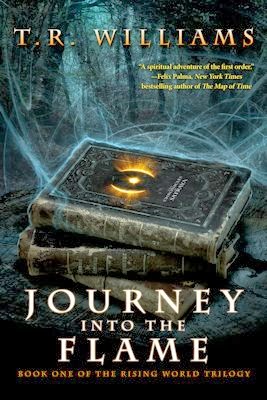 2:00 am, when the big decisions are made


When my wife and I decided to build our house, we had no idea how many decisions we’d have to make. We figured that our general contractor would take care of most everything and in a few short months we would be living happily ever after. Well, the happily-ever-after part came a year and a half later, only after what seemed like a million and one decisions. I had no idea that there’d be so many options when choosing a simple door. I also learned that the color white comes in 1,000 different shades – when did that happen? What is the difference between oxford white and white lace? I grew up thinking white was white and black was black.

I found the same thing to be true when I wrote my first book, Journey Into the Flame – decisions, decisions, and more decisions. There were the big ones – what’s the story arc? who lives and who dies? who is going to do this or who is going to do that? Those were actually fairly straightforward and expected. The seemingly little ones were more tricky. The seemingly innocent decision of writing a fantasy set in the future, for instance? That created the added challenge of describing a world which hasn’t happened yet. And guess what? More decisions. Sure, people still drive cars and fly around in planes, but what type of fuel do they use? Do they still pump gas at Costco and get a discounted price because they have a membership card? Are there still security scanners at the airport? Do you have to still pay for your 2nd checked bag? What about medicine, how do people get treated for a migraine sixty years in the future? Is McDonald's still around? What about the famous McRib sandwich? And does a cup of coffee still cost a thousand dollars at Starbucks? Decisions, decisions, decisions. Oh, and then there are all the standard small choices. What color hair should this character have? what about their eyes? How tall is he? What type of clothes does she like to wear?

Then, after getting all that figured out, comes the hardest challenge of them all: keeping track of everything. After I completed the draft of my first book, I think the main character Logan had three different hair styles. His backpack went from red to blue and then back to red, his eyes went from blue to green to brown. I know what you’re thinking – create a cheat sheet and write everything down. I did and I do. But when the words are flowing, searching through documents and notes to find particular details can be distracting. It’d be really cool if Microsoft Word came with an Auto-Correct-Fantasy-Novel-Fact-Checker. I’d definitely upgrade to that version.

So what does all this have to do with 2:00am? Well that’s when most of my decisions, big and small, are made. Just about every night, around the same time at 2:00am, my eyes pop open with some element of the story-line bouncing around. I’d like to say I had just come out of a prophetic dream where the answer to some perplexing plot twist had been provided by ghost writers on the other side of the veil, but I can’t. My eyes pop open with the realization that a main character should be taller and that he should carry around a red backpack. Or a particular island in the South Pacific should not exist any longer because a large earthquake wiped it off the face of the earth.

I’ve learned not to wait until I get to my desk later that morning to write that word, sentence, paragraph, page, or chapter; odds are that if I do, my logical mind will convince me that sinking an island is not such a good idea and it’ll be yet another plot point to have to keep track of.

I know the witching hour is supposed to be filled with ghosts, goblins and spooks, but I have to say that when all is quiet and the world around is asleep, decisions seem easier to make. I wonder if building a house would have been better at 2:00am, I’m just not sure the neighbors would have liked that.

Journey into the Flame 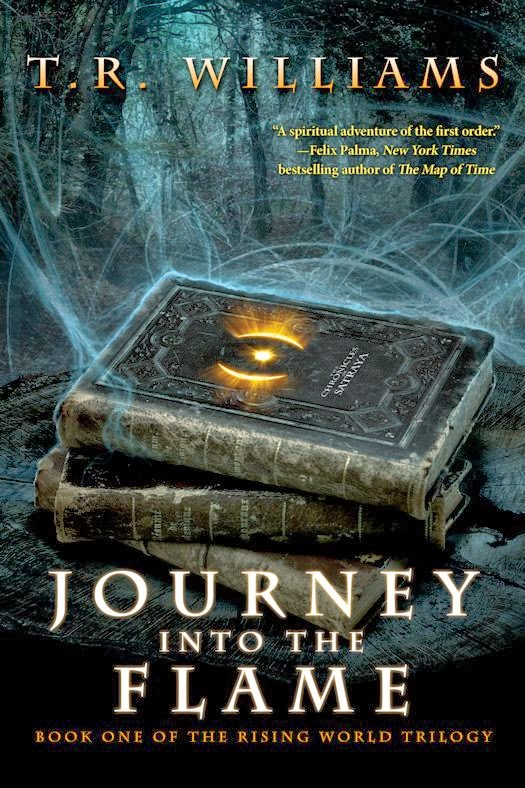 In 2027, the Great Disruption shook the world. An unexplained solar storm struck the earth, shifting it four degrees south on its axis. Everything went dark. Humanity was on the verge of despair. Then a man named Camden Ford discovered a set of ancient books called the Chronicles of Satraya.

Thirty years later, the world is a different place. Thanks to the teachings of the Chronicles, hope has been restored, cities rebuilt, technology advanced. The books also have a different owner: Logan Cutler, who inherited them when Camden mysteriously disappeared. But when Logan auctions off the books to pay his debts, they fall into the wrong hands. The Reges Hominum, a clandestine group that once ruled history from the shadows, is launching a worldwide conspiracy to regain control.

Soon Logan realizes he’s made a terrible mistake. With the help of special agent Valerie Perrot and the wisdom of the Chronicles as his guide, he embarks on an epic quest to get the books back before it’s too late.

Abounding with questions about humanity’s secret past and its unknown future, Journey into the Flame will not only take you to the start of an incredible new world, it will also take you deep into the greater mysteries of the self.

T. R. Williams divides his time between Seattle and Chicago. He is a scholar of ancient texts and loves to ponder the mysteries of life.