Covets have all the sexiness, emotion, and happily ever after that readers have come to expect and love from Entangled. They are firmly grounded in the contemporary world, but each novel brings in supernatural twists, breaking the contemporary and paranormal rules, alike. 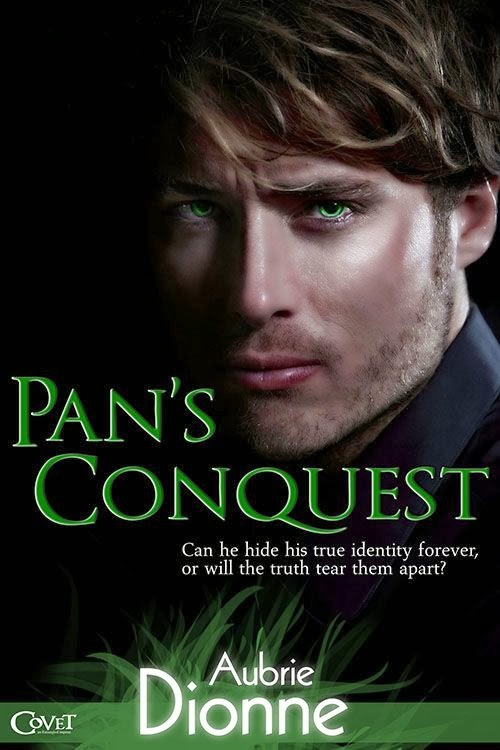 Syrinx pulled a fast one on Pan to escape his raging lust. The God of Chastity wasn't about to break her vows and succumb to his temptations. Transported to the twenty-first century, she runs a florist shop—fulfilling her fake, mortal life. Until the breathtaking Parker Thomas hires her to decorate his grand estate for a gala. Five hundred roses? Easy enough. Except Parker makes her feel things she can't ignore...

As the God of Fertility, Pan is used to maidens flocking in droves to his pastures. So when Syrinx denies him, he's determined to win the one that got away. He poses as a mortal to get close to her, but he doesn't count on falling hard for his conquest—hard enough to make a life and stay.

But Syrinx is falling in love with a man that doesn't exist. Can Pan hide his identity forever, or will the truth tear them apart?

Aubrie Dionne is an author and flutist in New England. Her books have received the highest ratings from Romance Times Magazine, as well as Night Owl Reviews and Two Lips Reviews. She has guest blogged on the USA Today Happily Ever After Blog and the Dear Teen Me blog and signed books at the Boston Book Festival, Barnes and Noble, and the Romance Writers of America conference. Her writings have appeared in Mindflights, Niteblade, Silver Blade, Emerald Tales, Hazard Cat, Moon Drenched Fables, A Fly in Amber, and Aurora Wolf. Her books are published by Astraea Press, Spencer Hill Press, Entangled Publishing, Inkspell Publishing, Lyrical Press, and Gypsy Shadow Publishing. Her latest contract is with HarperImpulse for a set of two contemporary romances releasing spring 2014. When she's not writing, Aubrie teaches flute and plays in orchestras. 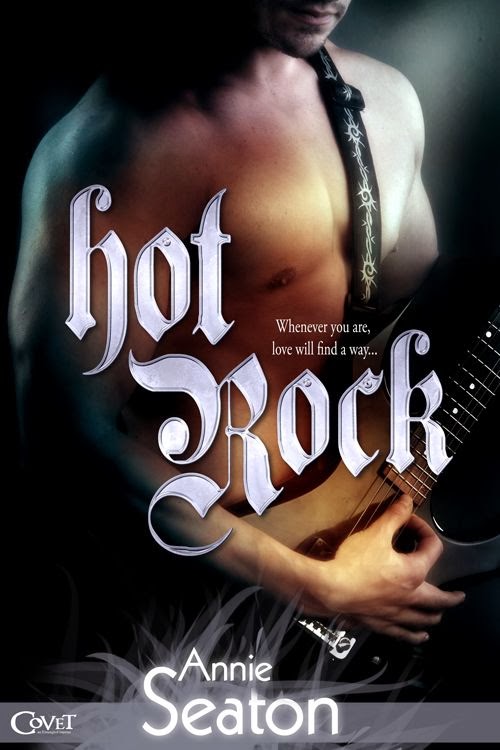 Megan Miller is on a dream trip to research her doctoral thesis at a rock festival in England. When she arrives in town she’s stunned that her temporary neighbor is the spitting image of her 70’s rock idol, too bad he’s also a world-class jerk. So why can't she stop thinking about him?

Seventies rock star Davy Morgan is a man with a secret: rockin’ in one time and living in another. He holds his privacy close to his heart, so when a beautiful girl who not only loves but truly understands his music moves in next door, he works overtime to keep her at a distance. Easier said than done.

Megan follows Davy to the rock festival, but it’s not what or when it seems. The lure of the music draws them closer, but can their newfound love span across the decades, or will it get lost in time?

I live in Australia, on the beautiful north coast of New South Wales. I sit in my writing chair and look out over the tranquil Pacific Ocean.Retired from the world of full time work, I am fulfilling my lifelong dream of writing, and currently have nine books published and available, with more to come in 2014.

I write contemporary romance and love telling the stories that always have a happily ever after.
I live with my own hero of many years. Our two children are now grown up and married, and we have two beautiful grandchildren. We share our home with "Bob" the dog and two white cats.

My love of reading and history began at an early age and I was a child who always carried a book (or two) no matter what I was doing. Several of my favourite books were confiscated from underneath my desk by teachers who had no understanding of my capacity to read while I was doing my schoolwork!

My love of writing developed in "composition" classes during primary school and continued throughout the completion of an English and History degree.

My working life has seen me through several major career changes. I now have retired from the world of full time work and have fulfilled my lifelong dream of becoming a published author.