Interview with Andy Weir, author of The Martian - February 14, 2014


Please welcome Andy Weir to The Qwillery as part of the 2014 Debut Author Challenge Interviews. The Martian was published on February 11, 2014 by Crown. 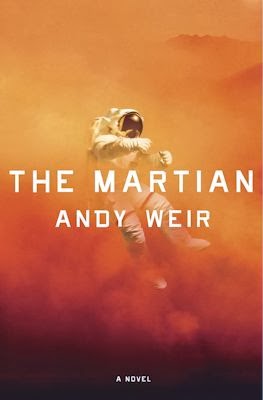 Andy:  I’ve been writing as far back as I can remember. I think my first story was a Henry Huggins fanfic when I was seven. It lacked depth. I started writing in earnest when I was a teen-ager and on in to my college years. I came in to some money in my late twenties and used it to take a few years off work and make a go of being a full-time novelist. I couldn’t break in to the industry and went back to computer programming. It wasn’t until now (age 41) that I managed to write something people actually liked enough to print.

Andy:  Mostly, I’m a pantser. I have a general idea for what will happen in a story, but I don’t really know how things will pan out until I write them. And if the story organically flows away from my original plan, I’ll let it.

Writing a book instead of a screenplay. Really I want to get directly to dialogue and actions. I hate setting the scene, describing what something looks like, and pretty much all exposition. When I’m coming up with a story, I tend to “see” it like a movie, so I I’m impatient to write the interesting parts.

Andy:  Heinlein, Clarke, and Asimov are my heroes. I grew up reading my dad’s classic sci-fi collection. It defined what sci-fi really is for me.

TQ:   Describe The Martian in 140 characters or less.

Andy:  An astronaut is stranded on Mars after his crew evacuated, believing him dead. He has to survive with only the equipment he has on hand.

TQ:  Tell us something about The Martian that is not in the book description.

Andy:  Every piece of technology shown in the book is real, and exists today. Though it takes place in the future, so I increased the efficiency of some technologies appropriately.

TQ:  What inspired you to write The Martian?

Andy:  I was imagining a manned Mars mission, putting it together in my mind. Naturally, you have to account for failure scenarios and have plans for what the crew could do. I realized those failure scenarios made for a pretty interesting story.

TQ:  What sort of research did you do for The Martian?

Andy:  Tons. Everything in the book is as scientifically accurate as I could make it. I had to research physics, chemistry, electronics, and orbital dynamics, just to name a few. Not to mention the history of manned spaceflight and NASA procedures.

Andy:  My favorite character and the easiest to write was Mark Watney, the protagonist. The book is mostly log entries which means I got to write him in the first person. He’s very snarky and sarcastic. It was really fun to write him. The hardest to write was Teddy Saunders, the director of NASA. He’s a very mature man who makes rational decisions with as little emotion as possible. It’s a lot easier to write a character who flies off the handle than one who quietly acts mature all the time.

TQ:  Give us one of your favorite lines from The Martian.

Andy:  The first sentence of the book: “I’m pretty much fu**ed.”

TQ:  Why did you choose to write Science Fiction? Do you want to write in any other genres?

Andy:  I have a strong science background and a great love of the space program, So I know the material pretty well. I would like to write fantasy someday, I guess. I have a serial about a mermaid that I occasionally post updates to on my site, and I enjoy working on that as a break for my more serious sci-fi stuff.

Andy:  I have another hard sci-fi story in mind. Similar in style and theme to The Martian. I’ve seen that readers really liked the humor in The Martian, so it will continue in that general trend. 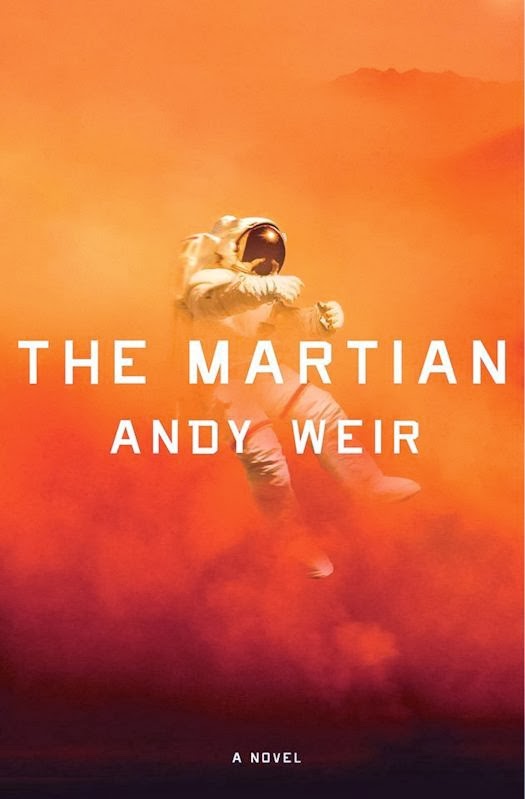 Six days ago, astronaut Mark Watney became one of the first people to walk on Mars.

Now, he's sure he'll be the first person to die there.

After a dust storm nearly kills him and forces his crew to evacuate while thinking him dead, Mark finds himself stranded and completely alone with no way to even signal Earth that he’s alive—and even if he could get word out, his supplies would be gone long before a rescue could arrive.

Chances are, though, he won't have time to starve to death. The damaged machinery, unforgiving environment, or plain-old "human error" are much more likely to kill him first.

But Mark isn't ready to give up yet. Drawing on his ingenuity, his engineering skills—and a relentless, dogged refusal to quit—he steadfastly confronts one seemingly insurmountable obstacle after the next. Will his resourcefulness be enough to overcome the impossible odds against him?

Andy Weir was first hired as a programmer for a national laboratory at age fifteen and has been working as a software engineer ever since. He is also a lifelong space nerd and a devoted hobbyist of subjects like relativistic physics, orbital mechanics, and the history of manned spaceflight. The Martian is his first novel.