Interview with Elizabeth Blackwell, author of While Beauty Slept - February 20, 2014


Please welcome Elizabeth Blackwell to The Qwillery as part of the 2014 Debut Author Challenge Interviews. While Beauty Slept is published on February 20, 2014 by Amy Einhorn Books/Putnam (Penguin).  Please join The Qwillery in wishing Elizabeth a Happy Publication Day! 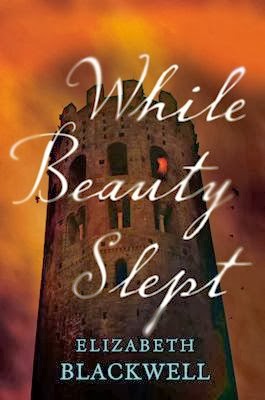 Elizabeth:  Like so many of the other writers you’ve featured on your site, I’ve been writing almost as long as I’ve been reading. My father used to make up bedtime stories for me and my younger sister, so it seemed like a natural thing to start coming up with stories myself. It did take me awhile to take fiction writing seriously, though. For years, I worked in publishing and journalism as my real job, then scribbled away at various book ideas at night. (I’ll call that my “apprentice” stage, because most of them were awful.) It’s been really fun and rewarding to move into fiction and tell the kinds of stories I want to read.

Elizabeth:  In my daily life, I tend to be well organized/borderline anal-retentive, so I like my books to be pretty well plotted out before I start writing. That said, I am definitely willing to veer off from my plan if things don’t seem to be working (or if my agent/editor tells me it isn’t working!).

Elizabeth:  It’s always a challenge to keep myself in the right mindset. Because I tend to write first-person, I have to become my characters, in a sense: I have to think like them, use their speech patterns, and see the world through their eyes. I write in a relatively small home office, and it’s very easy to glance over at a bookshelf and think, “Oh, that needs dusting! And the carpet is a disaster…” When you work at home and have a family, it’s hard to tune out all those everyday routines and mentally become someone else. But that’s what I need to do in order to write.

Elizabeth:  I have always loved sweeping, dramatic historical fiction. Gone with the Wind, Penmarric and The Wheel of Fortune by Susan Howatch, and Sarum by Edward Rutherford were all big influences in terms of keeping multiple storylines going and juggling lots of characters. I’m also a big fan of authors whose books are dark and atmospheric but still believable; I will read pretty much anything by Ruth Rendell, Donna Tartt, and Tana French.

TQ:  Describe While Beauty Slept in 140 characters or less.

Elizabeth:  The story of Sleeping Beauty as if it really happened—Downton Abbey meets Game of Thrones.

TQ:  Tell us something about While Beauty Slept that is not in the book description.

Elizabeth:  When you hear “Sleeping Beauty,” you think of the curse, and the spinning wheel and a princess asleep in a tower. But that plotline is not enough to sustain a whole novel. I wanted While Beauty Slept to paint a much larger picture: about the price rulers pay to keep their crown; the ways women fight against—and succumb to—their traditional roles; and how love in all its different forms can be a force for both good and evil. It’s far more than the story of one princess.

TQ:  What inspired you to write While Beauty Slept? What appealed to you about this particular fairy tale?

Elizabeth:  The idea was sparked by watching Disney’s Sleeping Beauty with my daughter. It has a very different look from the standard princess movies, and I found out by watching a making-of documentary at the end of the video that the art director had been inspired by medieval tapestries. That got me thinking: What if this story had been immortalized in tapestries because it really happened? And the ideas just snowballed from there. Although the novel was inspired by a Disney movie, it was definitely written for adults.

TQ:  What sort of research did you do for While Beauty Slept?

Elizabeth:  Because While Beauty Slept is set in a make-believe, fairy-tale land, I was spared the usual exhaustive research into exactly what was and wasn’t available in a particular country and year. But I did a lot of “mental” research: deciding what the castle and town would look like; what people would eat; how the queen would dress…all those details had to be believable and consistent. In my own mind, the world of While Beauty Slept was similar to Germany or England in the 16th century, but I’d be perfectly happy if readers came up with their own variations.

Elizabeth:  The easiest character to write was Elise, the narrator. Like many writers, I’m more an observer than an extrovert, and that’s Elise’s role; as a servant at the castle, she’s expected to stay in the background. As the story progresses and Elise takes a more active role, I could identify with her emotions: excitement mixed with apprehension mixed with pride. The character I struggled with most was the king, who could very easily be a one-dimensional guy who sits around on a throne and barks out orders. I worked very hard to give him some nuance, so he became a real person.

As for my favorite character, it would have to be Millicent, who is my version of one of the greatest Disney villains of all time. In the original movie, Maleficent is evil and terrifying but also has this wonderful, dangerous glamour. You can’t help but be drawn to her in some way. For While Beauty Slept, I wanted to give her more of a backstory, so readers find out why she takes the actions she does, but I didn’t want her watered down, either. I’ve often heard actors say it’s fun to play the bad guy, and it was great fun to write Millicent.

TQ:  Give us one of your favorite lines from While Beauty Slept.

Elizabeth:  “It would be a fine trick indeed to fell a royal daughter with a needle, then see her revived by a single kiss. If such magic exists, I have yet to witness it. The horror of what really happened has been lost, and no wonder. The truth is hardly a story for children.”

O.K., I cheated: that’s more than one line. But I think this excerpt from the prologue sums up my approach to the story: a realistic take on a legendary fantasy.

Elizabeth:  I’m working on my next book, which will be more straight historical fiction, but with the same Gothic tone and spirit as While Beauty Slept. I have always loved stories about mysterious families and long-hidden secrets and eerie houses, and now I’m writing one! 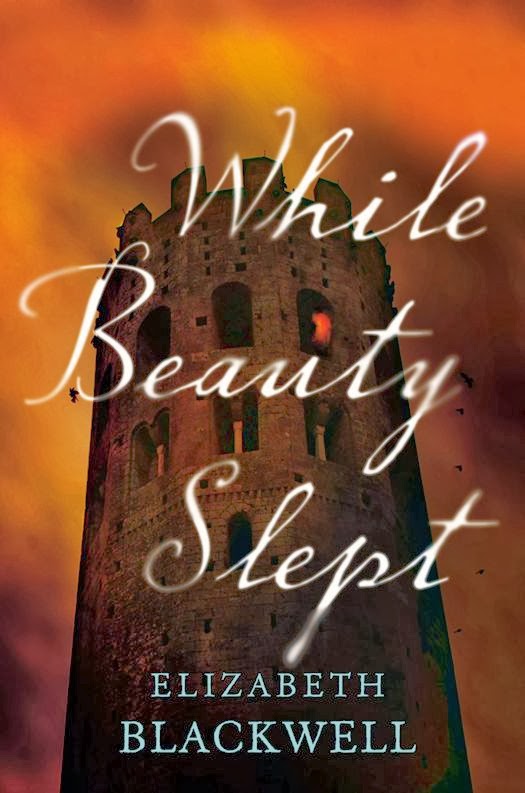 I am not the sort of person about whom stories are told.

And so begins Elise Dalriss’s story. When she hears her great-granddaughter recount a minstrel’s tale about a beautiful princess asleep in a tower, it pushes open a door to the past, a door Elise has long kept locked. For Elise was the companion to the real princess who slumbered—and she is the only one left who knows what actually happened so many years ago. Her story unveils a labyrinth where secrets connect to an inconceivable evil. As only Elise understands all too well, the truth is no fairy tale.

As the daughter of a U.S. Foreign Service officer, Elizabeth grew up in Washington, D.C., interspersed with stretches in Africa, the Middle East and Italy. She graduated from Northwestern University with a double major in history and communications and later received a master's degree from Columbia University's Graduate School of Journalism. In her varied career, she has worked as a restaurant hostess, waitress, TV station receptionist, medical school secretary, magazine editor and freelance writer. Book author is by far her favorite of the bunch.

Elizabeth lives in the Chicago suburbs with her husband, three children and an ever-growing stack of must-read books. To find out what she's been reading lately, visit her page on Goodreads.