Please welcome Dave Hutchinson to The Qwillery. Dave's most recent novel is Europe in Autumn, which was published on January 28, 2014 in the US and Canada and is forthcoming in the UK on February 13th. 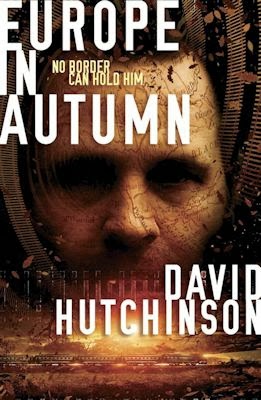 ON ESPIONAGE AND SCIENCE FICTION
by Dave Hutchinson


I’m going to go out on a limb here and argue that there are, in fact, a number of similarities between science fiction and espionage fiction.

Both forms introduce us to hidden worlds, worlds that are unfamiliar to us, worlds which are exciting for just that reason. They also introduce us, in the main, to characters who are adept in these worlds, who explore them on our behalf.

A bit of a stretch? Maybe, but it’s worth considering that le Carré’s Circus is a piece of worldbuilding at least as noteworthy as Frank Herbert’s Arrakis or Larry Niven’s Ringworld. These are all, to the general reader, unknown places. These are sexy worlds, places we normally would not be able to go. Exciting places full of Story.

Both forms of fiction have their own specialised vocabulary, idiolects which make them instantly recognisable to us. If we see dead drop or mole or hyperdrive or parallel universe we know where we are.

It shouldn’t be any surprise, then, that down the years science fiction has appropriated some of the tropes of espionage fiction, and vice versa. While Fleming’s novels are short on science fictional trappings, the gadgets and situations of some of the older Bond films do have a science fiction flavour. He has his own personal jet pack, various very unusual watches, pens that can kill you. Secret Equipment. Q’s briefings to 007 were always among my favourite bits of the Bond films. In science fiction we have Herbert’s Saboteur Extraordinary, Jorj X McKie, similarly kitted out, Neal Asher’s Agent Cormac, and the operatives in David J Williams’s Autumn Rain Trilogy. The fun is in the Gear. And big explosions.

I’d venture that questions of identity also feature large in both forms. Tinker, Tailor, Soldier, Spy hinges on the identity of the mole at the heart of British intelligence – although the novel is of course so much more than that. In Williams’s books – possibly the loudest novels I’ve ever read – identity and loyalty become a dizzying kaleidoscope which finally calls into question the nature of Reality itself. Chris Priest’s The Prestige – and I still think this is one of the ten best novels written in English in the past fifty years or so, in any genre – plays a sleight-of-hand trick with identity so sly that the reader, reaching the end, wants to go back and see how it was done and admire it all over again.

Finally, there’s a question of access. The spy goes where none of us can. He or she goes over the Wall, through the Wire, into secret territory. That’s enormously alluring; we would all like to be able to do that, I think. In a similar vein, our science fictional characters travel to strange new worlds, encounter strange new civilisations, and bring back word of their adventures.

I’m not sure whether Europe In Autumn is a science fiction novel with espionage trappings, or an espionage novel with science fictional trappings. Certainly, it has a flavour of both, from the shadowy Coureurs des Bois running Packages across the borders of a Balkanised Europe, to the great Secret which has propelled Rudi’s story without him realising. It was hard work to write, but it was also a lot of fun to play in that world. 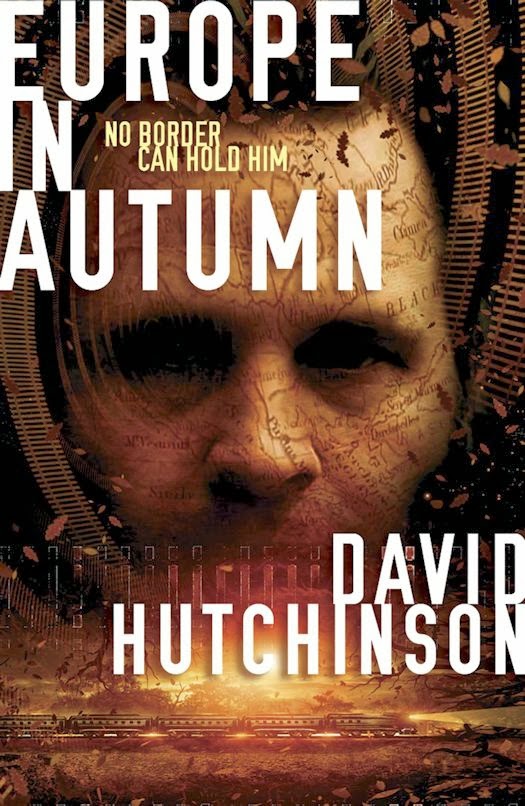 Europe in Autumn is a thriller of espionage and the future which reads like the love child of John le Carré and Franz Kafka.

Rudi is a cook in a Kraków restaurant, but when his boss asks Rudi to help a cousin escape from the country he’s trapped in, a new career - partspy, part people-smuggler - begins.

Following multiple economic crises and a devastating flu pandemic, Europe has fractured into countless tiny nations, duchies, polities and republics. Recruited by the shadowy organisation Les Coureurs des Bois, Rudi is schooled in espionage, but when a training mission to The Line, a sovereign nation consisting of a trans-Europe railway line, goes wrong, he is arrested, beaten and Coureur Central must attempt a rescue.

With so many nations to work in, and identities to assume, Rudi is kept busy travelling across Europe. But when he is sent to smuggle someone out of Berlin and finds a severed head inside a locker instead, a conspiracy begins to wind itself around him.

With kidnapping, double-crosses and a map that constantly re-draws, Rudi begins to realise that underneath his daily round of plot and counter plot, behind the conflicting territories, another entirely different reality might be pulling the strings... 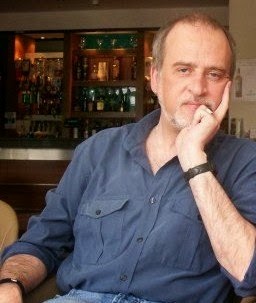 Dave Hutchinson was born in Sheffield in 1960. After reading American Studies at the University of Nottingham, he became a journalist. He’s the author of five collections of short stories and one novel, and his novella “The Push” was shortlisted for the 2010 BSFA award for short fiction. He has also edited two anthologies and co-edited a third. His short story ‘The Incredible Exploding Man’ featured in the first Solaris Rising anthology, and appeared in the 29th Year’s Best Science Fiction collection. He lives in north London with his wife and several cats.

What:  One entrants will win a Mass Market Paperback copy of Europe in Autumn by Dave Hutchinson from The Qwillery.

Who and When:  The contest is open to all humans on the planet earth with a mailing address. Contest ends at 11:59PM US Eastern Time on February 19, 2014. Void where prohibited by law. No purchase necessary. You must be 18 years old or older to enter.