From Paul Tobin, the Eisner Award–winning writer of Bandette, with art by Joe Querio (Lobster Johnson, B.P.R.D.) and covers by Dave Johnson (100 Bullets), comes a riveting comic based on The Witcher, a series of dark fantasy RPGs with a character-driven, nonlinear story set in a gritty living world and inspired by a series of extremely popular novels that have been translated into nineteen languages. The comic series introduces a new adventure featuring Geralt of Rivia—a witcher, one of the few remaining monster hunters.


“We’re very happy to be working with Dark Horse Comics, which is one of the biggest and most interesting comic book publishing houses in the world. What makes it even more exciting is the fact that, for many of us, the Dark Horse logo has near legendary status, standing for classic stories such as Hellboy or Usagi Yojimbo. We’re very happy to be once again expanding the Witcher universe,” said Adam Badowski, head of studio for CD Projekt RED.


Traveling near the edge of the Black Forest, in the land of the Angren, monster hunter Geralt meets a widowed man whose dead and murderous wife resides in an eerie mansion known as the House of Glass, a place of endless rooms where horror waits around every corner. Geralt will have to use all his witcher prowess to solve the manor’s mystery and survive.


“We’re very excited to work with CD Projekt Red on The Witcher. With the rich world they have created, and an enthralling central character like Geralt, we feel The Witcher is ripe to tell a compelling story through comics,” said Nick McWhorter, director of custom programs at Dark Horse Comics.


With the two Witcher games already available, fans can get to know Geralt even before the release of The Witcher 3: Wild Hunt in 2014 on PC, Play Station4, and Xbox One, the all-in-one games and entertainment system from Microsoft. The Witcher games have collectively earned over 270 awards and sold more than five million copies worldwide.


Fans can check out the exclusive interview with writer Paul Tobin only on Newsarama!


The Witcher #1 will be available for purchase on March 19, 2014, in comic shops everywhere!

Founded in 1986 by Mike Richardson, Dark Horse Comics has proven to be a solid example of how integrity and innovation can help broaden a unique storytelling medium and establish a small, homegrown company as an industry giant. The company is known for the progressive and creator-friendly atmosphere it provides for writers and artists. In addition to publishing comics from top talent, such as Frank Miller, Mike Mignola, Neil Gaiman, Brian Wood, Gerard Way, Felicia Day, and Guillermo del Toro, and comics legends, such as Will Eisner, Neal Adams, and Jim Steranko, Dark Horse has developed its own successful properties, such as The Mask, Ghost, Timecop, and SpyBoy. Its successful line of comics and products based on popular properties includes Star Wars, Mass Effect, Buffy the Vampire Slayer, Aliens, Conan, EVE Online, Halo, Serenity, Game of Thrones, and Domo. Today Dark Horse Comics is the largest independent comic book publisher in the US and is recognized as one of the world’s leading publishers of both creator-owned content and licensed comics material.

Development studio established in 2002 and based in Warsaw and Cracow, Poland. Creators of The Witcher and The Witcher 2: Assassins of Kings. Both RPGs were praised by critics and fans, gathering over 200 awards and selling over 5 million copies to date. Originally a PC developer, CD Projekt RED has released The Witcher on Mac and The Witcher 2 both on the Xbox 360® games and entertainment system from Microsoft and Mac. The studio is now working on The Witcher 3: Wild Hunt, the grand finale of the Geralt of Rivia saga. The game will be released in 2014 on Xbox One, Playstation 4 and PC. The developer is also working on Cyberpunk 2077 in collaboration with Mike Pondsmith, the original designer of the pen-and-paper Cyberpunk® futuristic RPG system in which the upcoming game is set. CD Projekt RED developers’ mission is to take the passion they have for games and harness it to make the best RPGs in the world. Along with GOG.COM, the prime destination for the retro gaming enthusiast, CD Projekt RED is part of the Warsaw Stock Exchange listed (ISIN: PLOPTTC00011) CD Projekt Group. 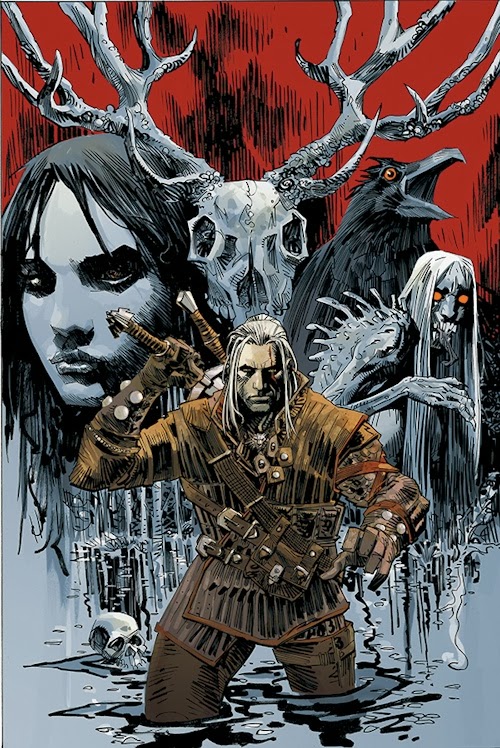