Dying is My Business by Nicholas Kaufmann - Excerpt and Giveaway - October 8, 2013


The Qwillery is pleased to share an excerpt with you today from Dying is My Business by Nicholas Kaufmann. There's also a giveaway!

Dying is My Business 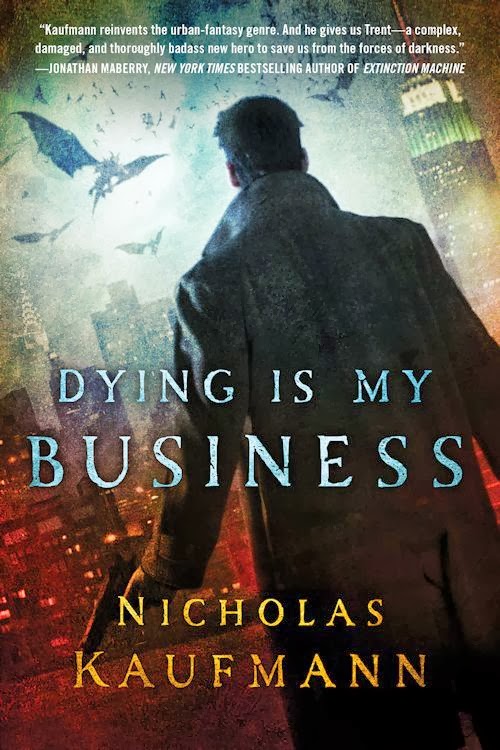 Given his line of work in the employ of a psychotic Brooklyn crime boss, Trent finds himself on the wrong end of too many bullets. Yet each time he’s killed, he wakes a few minutes later completely healed of his wounds but with no memory of his past identity. What’s worse, each time he cheats death someone else dies in his place.

Sent to steal an antique box from some squatters in an abandoned warehouse near the West Side Highway, Trent soon finds himself stumbling into an age-old struggle between the forces of good and evil, revealing a secret world where dangerous magic turns people into inhuman monstrosities, where impossible creatures hide in plain sight, and where the line between the living and the dead is never quite clear. And when the mysterious box is opened, he discovers he has only twenty-four hours to save New York City from certain destruction, in Dying Is My Business by Nicholas Kaufmann. 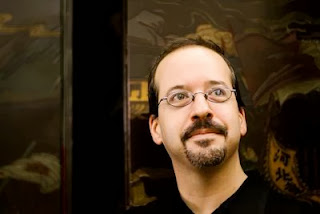 Nicholas Kaufmann has had his work nominated for the Bram Stoker Award, the Shirley Jackson Award, and the International Thriller Writers Award. He is the critically acclaimed author of Walk in Shadows, General Slocum’s Gold, Chasing the Dragon, Still Life: Nine Stories, and Dying Is My Business. His short fiction has appeared in Cemetery Dance, The Mammoth Book of Best New Erotica 3, City Slab, The Best American Erotica 2007, Zombies vs. Robots: This Means War!, Dark Fusions: Where Monsters Lurk, and others. He used to write the "Dead Air" column for The Internet Review of Science Fiction. He lives in Brooklyn, NY, but you can visit him at http://www.nicholaskaufmann.com.

What:  One commenter will win a copy of Dying is My Business and a copy of Chasing the Dragon by Nicholas Kaufmann. US/CANADA ONLY 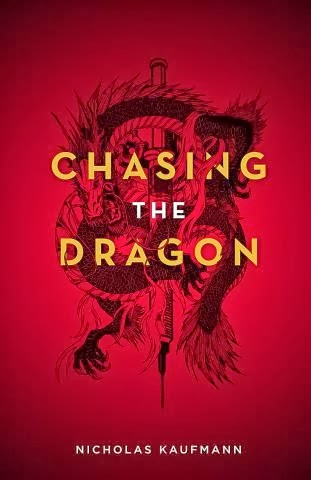 Centuries ago, St. George fought and killed a dragon—or so the legend goes.

The truth is somewhat different.

George failed in his mission, and the Dragon still walks the Earth, protected by an undead army, hiding in the shadows and slaughtering men, women, and children for its prey. Each of George's descendants through time has been tasked with killing the Dragon, and each has failed.

Twenty-five-year-old Georgia Quincey is the last of the line—the last, best hope for defeating the Dragon once and for all. But Georgia is also an addict, driven to the warm embrace of the needle by the weight of her responsibility and the loss of everything and everyone she has ever loved.

Tracking her nemesis to the small town of Buckshot, New Mexico for their final showdown, Georgia is about to discover the truth about the Dragon, a terrible secret that could put all life on Earth in peril.

Who and When: The contest is open to all humans on the planet earth with a US or Canadian mailing address. Contest ends at 11:59 PM US Eastern Time on October 17, 2013. Void where prohibited by law. No purchase necessary. You must be 18 years old or older to enter.

Labels: Chasing the Dragon, Dying is My Business, excerpt, giveaway, Niicholas Kaufmann
Email ThisBlogThis!Share to TwitterShare to FacebookShare to Pinterest