The Qwillery is pleased to share an excerpt with you today from Beatrysel by Johnny Worthen. There's also a giveaway! 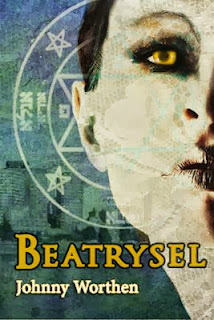 
There were plenty of entities out there wanting to be summoned. He learned their forgotten names using a variety of methods from mirror gazing to drug enlightenment. He learned their music, wrote the score and recorded the glyphs into formal ritual. But then, he got greedy.
Julian wanted love. He wanted it for his sister, and his friends, but mostly he wanted it for himself. He found no spirit pure enough to suffice. He dabbled in sorcery, touched the Enochian angels, studied dark organic magicks and necromancy. These he folded into what he had gleaned from the grimoires and the journals of a thousand lost mages. He wrapped it all in elements from The Golden Dawn, the degrees of Freemasonry, the rites of Mithra, Isis, and Baal. In the end, he created a new magical language where he could accurately speak his will.
And thus he made Beatrysel.
Beatrysel, the beautiful one, was love. She was all he knew of love. From his earliest feelings of comfort with his sister at Christmas, to the sexual ecstasy he’d felt with Tracy on vacation. He spooned in every feeling, every memory, every imagining of what love is and should be.
And thus he made Beatrysel. 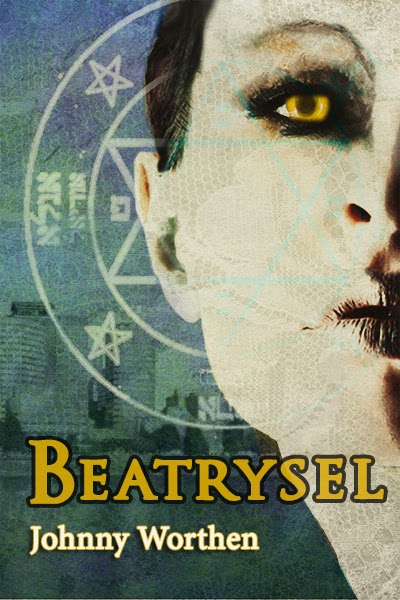 Johnny Worthen's novel BEATRYSEL is a modern Faust tale set in the American Northwest where the cold winter rain melts the barriers between what is real and what is more real.

Beatrysel is a terrifying journey through modern metaphysics, High Magic and ancient religions where secret dreams turn to nightmares when Will becomes Form. Power-hungry magicians, serial killers and scorned lovers must contend with the power of the most beautiful and dangerous Magick in creation-- for Beatrysel is a creature of love. 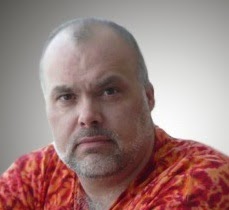 Johnny Worthen is a lifetime student of the occult and supernatural. Raised in a secluded suburb of Salt Lake City, he gravitated to the more obscure paths of spiritual knowledge. He is a Freemason, twice Past Master of his Lodge, youngest ever at the time. Johnny received a Bachelor’s Degree in English with a Latin minor before earning a Master’s Degree in American Studies from the University of Utah. He lived a year in Denmark and a decade in Oregon until the rain drove him back to the dry high deserts of Utah. He married his junior-prom date and together they have two sons. After many varied and interesting careers, Johnny writes full time now. His debut novel, BEATRYSEL, is available now on Amazon, published by Omnium Gatherum. You can find and follow him on his website, on Twitter as @JohnnyWorthen, on Facebook and on Goodreads.

What:  One commenter will win a signed copy of Beatrysel by Johnny Worthen. US/CANADA ONLY

Who and When: The contest is open to all humans on the planet earth with a US or Canadian mailing address. Contest ends at 11:59 PM US Eastern Time on October 19, 2013. Void where prohibited by law. No purchase necessary. You must be 18 years old or older to enter.