Dreams of the Dark Sky
The Legacy of the Heavens 2
Night Shade Books, February 5, 2019
Hardcover, Trade Paperback and eBook, 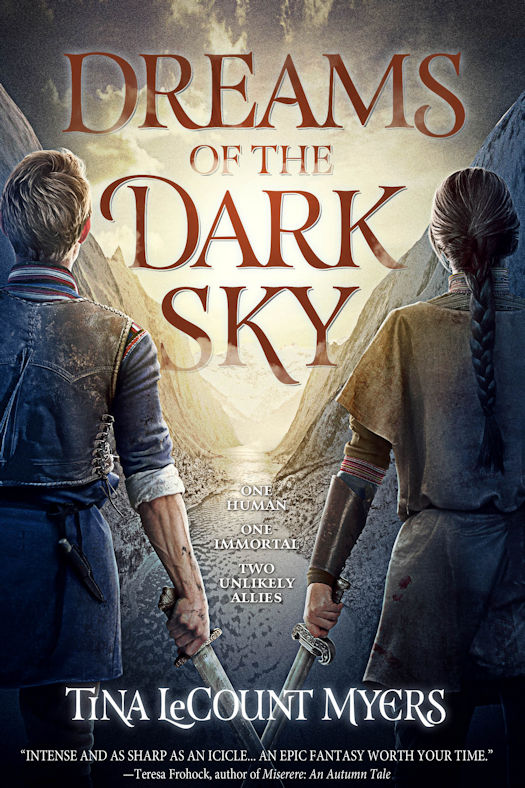 In the aftermath of a devastating clash between gods and men, two unlikely allies—one immortal and one human—must band together to survive in the sequel to the epic fantasy debut The Song of All.

The war between men and immortals that raged across the frozen Northland of Davvieana has ended. For men, the balance of power between Believer and Brethren, between honoring the gods and honoring the sword, has shifted to favor priests over Hunters.

But it is the legacy of one man’s love for his son that shapes the lives of all who survived.
While Irjan, the once-legendary immortal hunter, has saved his son’s life, he cannot save Marnej from the men who will make him a killer, nor can he save the immortal girl he’d promised to protect from the secret of her birth.

Raised by Irjan among the immortals, Dárja has been trained to fight by a man who once hunted her kind. Prisoner among the humans, her hatred for them is challenged by the chance to give Irjan what he has always wanted—his son Marnej returned to him.

Together, Marnej and Dárja, human and immortal, must find a way to trust one another if they are to live long enough to learn the truth behind the secrets and lies that have forged their lives. 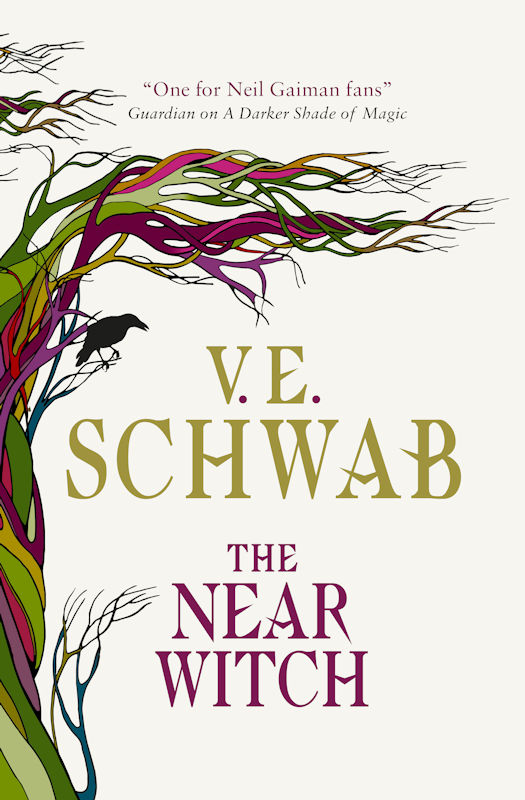 The Near Witch is only an old story told to frighten children.

If the wind calls at night, you must not listen. The wind is lonely, and always looking for company.

There are no strangers in the town of Near.

These are the truths that Lexi has heard all her life.

But when an actual stranger, a boy who seems to fade like smoke, appears outside her home on the moor at night, she knows that at least one of these sayings is no longer true.

The next night, the children of Near start disappearing from their beds, and the mysterious boy falls under suspicion.

As the hunt for the children intensifies, so does Lexi’s need to know about the witch that just might be more than a bedtime story, about the wind that seems to speak through the walls at night, and about the history of this nameless boy.

Part fairy tale, part love story, Victoria Schwab’s debut novel is entirely original yet achingly familiar: a song you heard long ago, a whisper carried by the wind, and a dream you won’t soon forget.

Note:  There is a Barnes & Noble Exclusive Edition which you may find here. 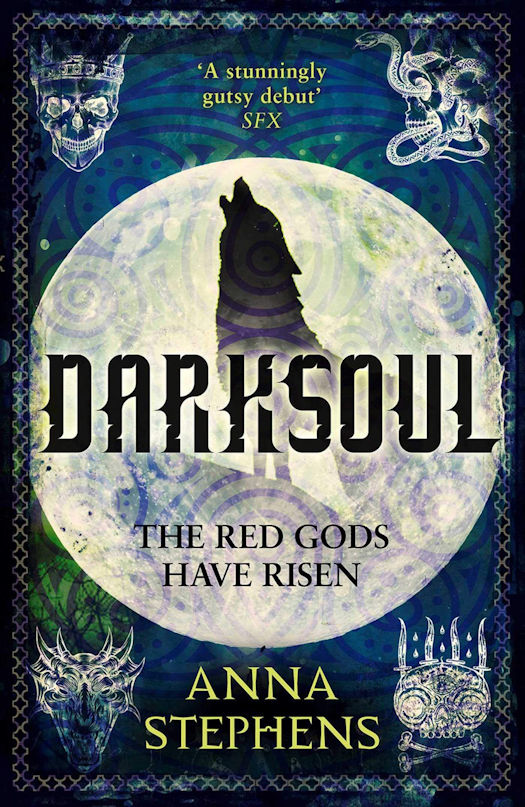 Evil gods walk the land as armies prepare for war in the thrilling grimdark sequel to the fantasy debut Godblind.

In the besieged city of Rilporin, Commander Durdil Koridam is crowned a reluctant king, and orders that the city’s people must fight to the last rather than surrender to the surrounding armies of the Mireces and their evil Red Gods.

Outside Rilporin, the uneasy truce between King Corvus’s Mireces and the traitorous Prince Rivil’s forces holds, but the two armies are growing desperate to force a breach of the walls before the city’s reinforcements arrive.

Meanwhile, prophet Dom Templeson reaches Rilporin: the Red Gods have tortured and broken his mind, and he ends up in Corvus’s hands, forced to tell all his secrets. And what he knows could win the war for the Mireces.

Elsewhere, in Yew Cove, only a few survivors remain from a Rank of thousands of Rilporian warriors. Dom foresees the important role one of those survivors, Crys Tailorson, will take on as the events to come unfold. As Crys grows into his position as a leader, that role becomes clearer—and far darker. Will he be willing to pay the price to fulfill his destiny?