A Labyrinth of Scions and Sorcery
The Risen Kingdoms 2
Tor Books, January 22, 2019
Hardcover and eBook, 416 pages 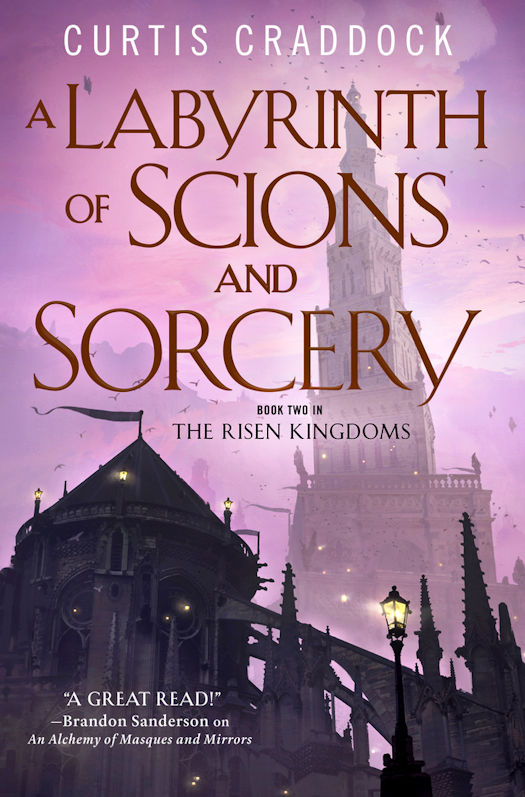 Isabelle des Zephyrs has always been underestimated throughout her life, but after discovering the well of hidden magic within her, unveiling a centuries-long conspiracy, and stopping a war between rival nations, she has gained a newfound respect amongst the cutthroat court.

All that is quickly taken away when Isabelle is unfairly convicted of breaking the treaty she helped write and has her political rank and status taken away. Now bereft, she nevertheless finds herself drawn into mystery when her faithful musketeer Jean-Claude uncovers a series of gruesome murders by someone calling themselves the Harvest King.

As panic swells, the capital descends into chaos, when the emperor is usurped from the throne by a rival noble. Betrayed by their allies and hunted by assassins, Isabelle and Jean-Claude alone must thwart the coup, but not before it changes l’Empire forever.

“A gripping tale of a woman who refuses to be defined by her physical and magical limitations, thwarting both assassins and all who see her as a pawn. A great read!”—#1 New York Times bestselling author Brandon Sanderson, on An Alchemy of Masques and Mirrors 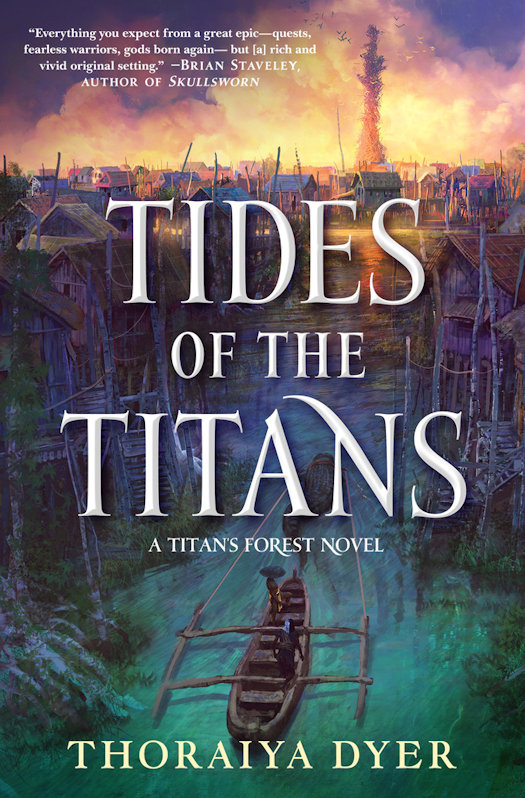 In the quest fantasy Tides of the Titans, part of Aurealis and Ditmar Award-winning author Thoraiya Dyer's extraordinary Titan's Forest series, trees loom large as skyscrapers, mortals can be reborn as gods, and a young man travels to the far reaches of the land and beyond to unlock the Forest's hidden secrets...

Courtier, explorer, thief: Leaper is a man of many skills, but none of his talents satisfy the yearning in his heart for the Queen of Airakland, the ruler of a thunder-clashed kingdom.

Their affair is cut too short, however, when she is murdered. But who was the assassin? A political rival? The jealous king? Or, perhaps, the god of thunder who oversees them all?

Distraught, Leaper vows revenge, but little does he realize that his mission will lead him away from his forest home, across the vast floodplains, and to the edges of time and myth itself.

Praise for Crossroads of Canopy

“I am majorly impressed. A unique, gorgeous, and dangerous world!”—Tamora Pierce

“Everything you expect from a great epic–quests, fearless warriors, gods born again.”—Brian Staveley, author of The Chronicles of the Unhewn Throne 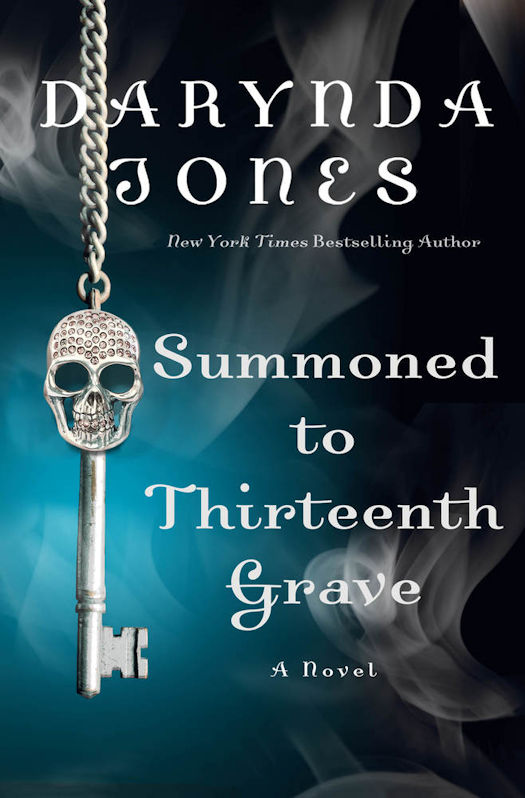 Charley Davidson, Grim Reaper extraordinaire, is pissed. She’s been kicked off the earthly plane for eternity –which is exactly the amount of time it takes to make a person stark, raving mad. But someone’s looking out for her, and she’s allowed to return after a mere hundred years in exile. Is it too much to hope for that not much has changed? Apparently it is. Bummer.

She’s missed her daughter. She’s missed Reyes. She’s missed Cookie and Garrett and Uncle Bob. But now that she’s back on earth, it’s time to put to rest burning questions that need answers. What happened to her mother? How did she really die? Who killed her? And are cupcakes or coffee the best medicine for a broken heart? It all comes to a head in an epic showdown between good and evil in this final smart and hilarious novel.