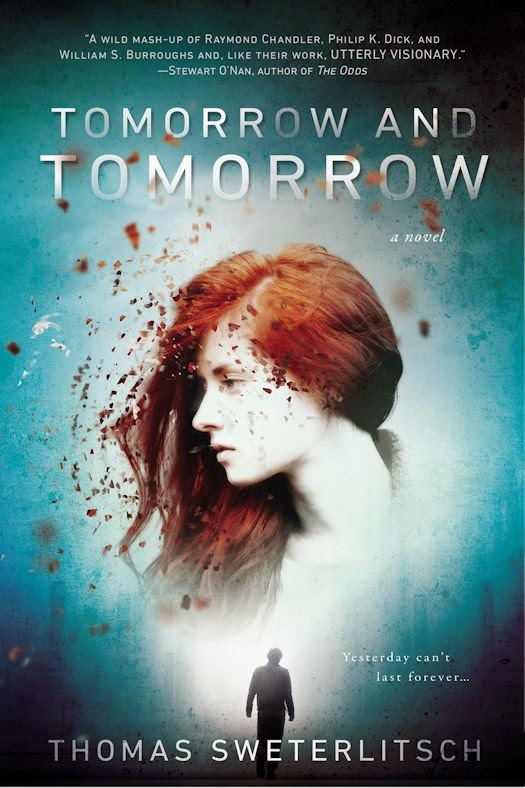 “A wild mash-up of Raymond Chandler, Philip K. Dick, and William S. Burroughs” (Stewart O’Nan, author of The Odds), the near-future thriller Tomorrow and Tomorrow is an insightful exploration of humanity’s relationship with evolving virtual environments and an accurate portrayal of how the technology that was developed to connect people inevitably isolates them…

Pittsburgh is John Dominic Blaxton’s home even though the city has been uninhabitable ruin and ash for the past decade. The Pittsburgh Dominic lives in is the Archive, an immersive virtual reconstruction of the city’s buildings, parks, and landmarks, as well as the people who once lived there. Including Dominic’s wife and unborn child.

When he’s not reliving every recorded moment with his wife in an endless cycle of desperation and despair, Dominic investigates mysterious deaths preserved in the Archive before Pittsburgh’s destruction. His latest cold case is the apparent murder of a woman whose every appearance is deliberately being deleted from the Archive.

Obsessed with uncovering this woman’s identity and what happened to her, Dominic follows a trail from the virtual world into reality. But finding the truth buried deep within an illusion means risking his sanity and his very existence… 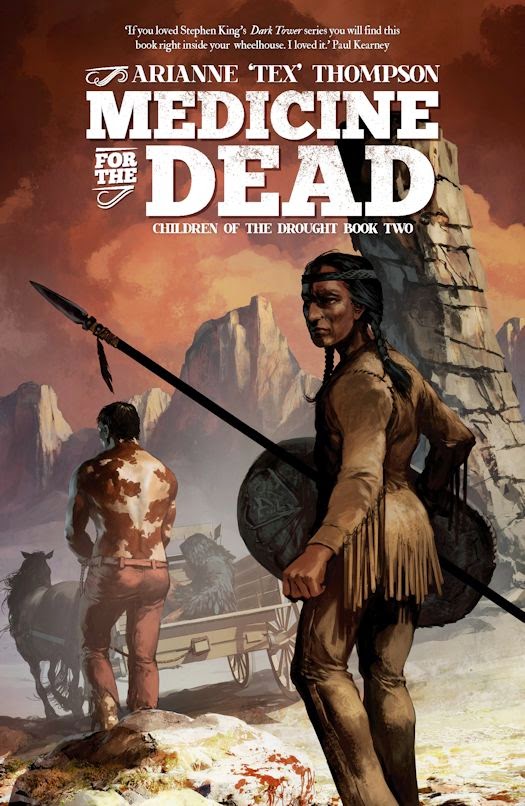 Medicine for the Dead
Children of the Drought 2
Solaris, March 31, 2015
Mass Market Paperback and eBook, 384 pages

The story of Appaloosa Elim continues.
Two years ago, the crow-god Marhuk sent his grandson to Sixes.
Two nights ago, a stranger picked up his gun and shot him.
Two hours ago, the funeral party set out for the holy city of Atali'Krah, braving the wastelands to bring home the body of Dulei Marhuk.

Out in the wastes, one more corpse should hardly make a difference. But the blighted landscape has been ravaged by drought, twisted by violence, and warped by magic - and no-one is immune. Vuchak struggles to keep the party safe from monsters, marauders, and his own troubled mind. Weisei is being eaten alive by a strange illness. And fearful, guilt-wracked Elim hopes he's only imagining the sounds coming from Dulei's coffin.

As their supplies dwindle and tensions mount, the desert exacts a terrible price from its pilgrims - one that will be paid with the blood of the living, and the peace of the dead. 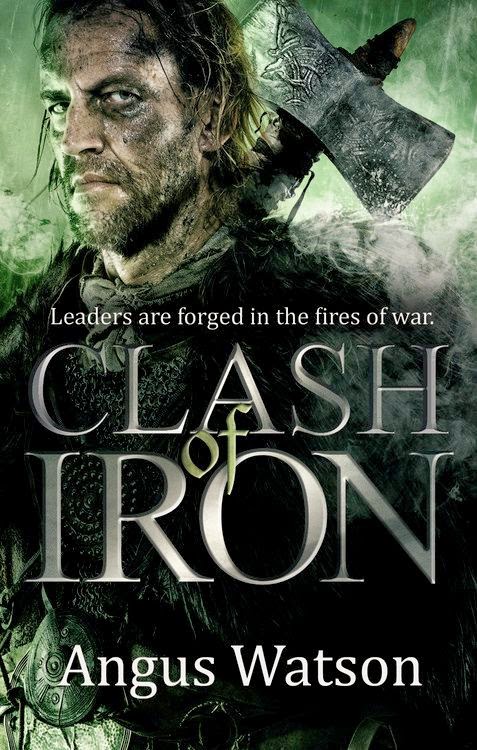 LEADERS ARE FORGED IN THE FIRES OF WAR

Iron Age warriors Dug and Lowa captured Maidun castle and freed its slaves. But now they must defend it.

A Roman invasion is coming from Gaul, but rather than uniting to defend their home, the British tribes go to battle with each other -- and see Maidun as an easy target.

War is coming. Who will pay its price? 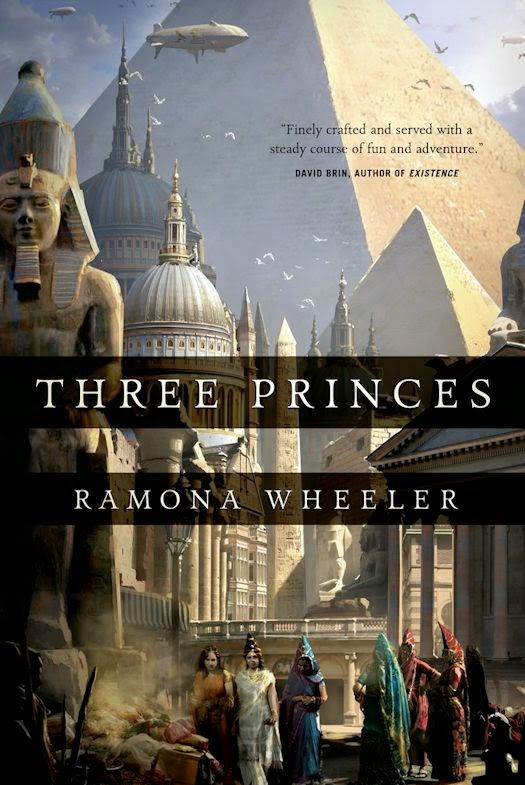 Lord Scott Oken, a prince of Albion, and Professor-Prince Mikel Mabruke live in a world where the sun never set on the Egyptian Empire. In the year 1877 of Our Lord Julius Caesar, Pharaoh Djoser-George governs a sprawling realm that spans Europe, Africa, and much of Asia. When the European terrorist Otto von Bismarck touches off an international conspiracy, Scott and Mik are charged with exposing the plot against the Empire.

Their adventure takes them from the sands of Memphis to a lush New World, home of the Incan Tawantinsuyu, a rival empire across the glittering Atlantic Ocean. Encompassing Quetzal airships, operas, blood sacrifice and high diplomacy, Ramona Wheeler's Three Princes is a richly imagined, cinematic vision of a modern Egyptian Empire. 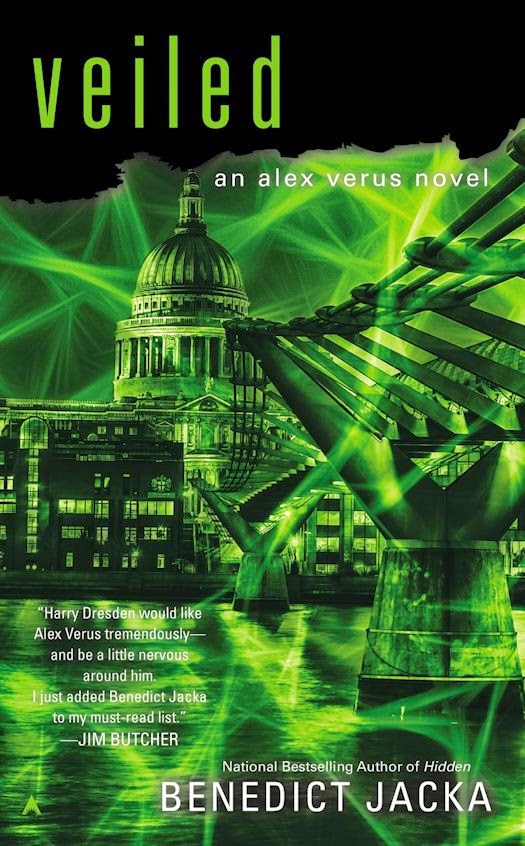 I thought I’d escaped my past. But my old master is back and making a new play for power. And he’s not the only one targeting me…

Diviner Alex Verus and the Council that governs the magical community have never gotten along. But with his former teacher back in Britain, Alex is in desperate need of allies, and he’ll do whatever it takes to get them—even if it means accepting a job with the Keepers, enforcing magical law.

Alex forms an uneasy alliance with his new partner, Caldera, but his attempt at legitimacy quickly turns lethal when a mission puts him in possession of an item that factions both inside and outside of the Council would kill to get their hands on.

Once again caught in the middle of a deadly conflict, Alex will need all his abilities to figure out who his friends are—especially when enemies are hiding on all sides… 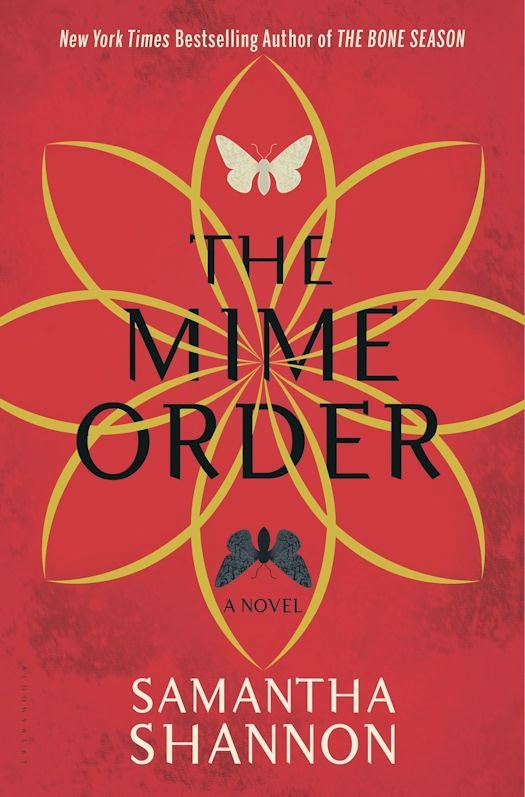 Paige Mahoney has escaped the brutal penal colony of Sheol I, but her problems have only just begun: many of the fugitives are still missing and she is the most wanted person in London.

As Scion turns its all-seeing eye on Paige, the mime-lords and mime-queens of the city’s gangs are invited to a rare meeting of the Unnatural Assembly. Jaxon Hall and his Seven Seals prepare to take center stage, but there are bitter fault lines running through the clairvoyant community and dark secrets around every corner.

Then the Rephaim begin crawling out from the shadows. But where is Warden? Paige must keep moving, from Seven Dials to Grub Street to the secret catacombs of Camden, until the fate of the underworld can be decided. Will Paige know who to trust? The hunt for the dreamwalker is on.