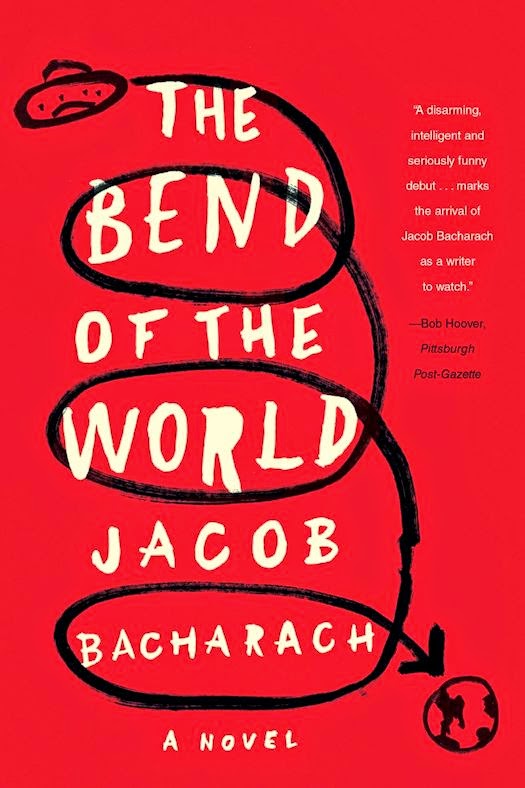 “Bacharach has a great comic voice— shrewd, deadpan, and dirty—and The Bend of the World fears no weirdness.”—Sam Lipsyte

“Mighty strange doings” mark the Pittsburgh of Jacob Bacharach’s audacious and hilarious debut novel, a town where “yeti, UFOs, rumors of orgiastic rites, intimations of the Mayan apocalypse and ‘psycho-temporal distortions’ add that extra zing to the bustling night life” (James Wolcott). On the edge of thirty, and comfortably adrift in life, Peter Morrison finds his personal and professional life taking a turn for the weird as his attempts to transition into adulthood are thwarted by conspiracies both real and imagined. In this madcap coming-of-age novel, where no one quite comes of age, Bacharach brings an “immensely entertaining” and “Vonnegut-like sensibility” (Library Journal ) to the “aptly surreal satire” (Dan Chaon) of hipsters, corporations, and American life in the adolescent years of the twenty-first century. “A disarming, intelligent and seriously funny debut,” The Bend of the World “marks the arrival of Jacob Bacharach as a writer to watch” (Bob Hoover, Pittsburgh Post-Gazette). 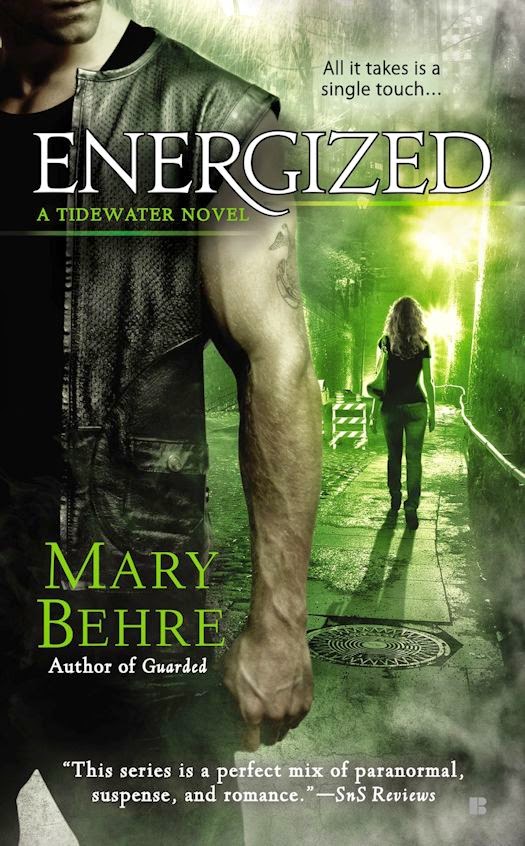 In the new Tidewater novel by the author of Guarded, a kiss between strangers draws both into unexpected danger and unforgettable desire . . .

Hannah Halloran has always believed in her gift. The things she sees through her psychic touch have never led her wrong before. Not when they led her to an unforgettable night with a sexy marine at a bar. Not when she felt a need to leave her home and find the sisters she barely knows. And not now, when she is an unwilling witness to a brutal murder . . .

All Niall Graham wants is some peace. He’s recovering from the horrors of war, struggling to save his family’s restaurant, and desperate to forget Hannah, the beautiful woman who left him with memories of a mind-blowing night together and a bogus phone number. But a quiet life is hard to manage—especially when Hannah strides back into his restaurant with the news that a serial killer is on the loose and lurking closer than anyone could have guessed . . .


Harmonized, a Tidewater eNovella, will be published in July 2015. 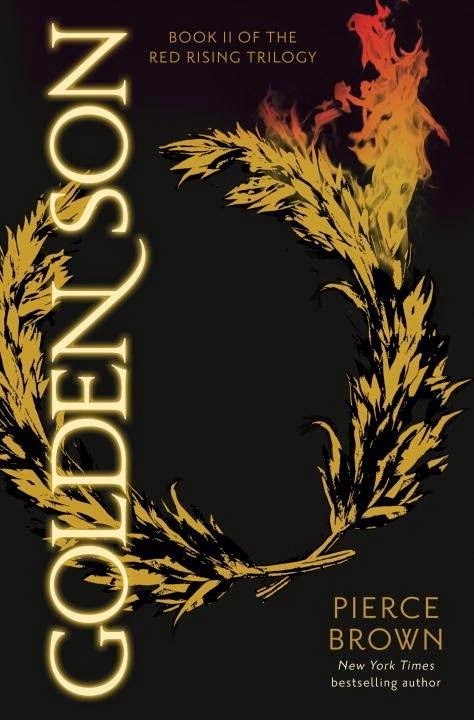 With shades of The Hunger Games, Ender’s Game, and Game of Thrones, debut author Pierce Brown’s genre-defying epic Red Rising hit the ground running and wasted no time becoming a sensation. Golden Son continues the stunning saga of Darrow, a rebel forged by tragedy, battling to lead his oppressed people to freedom.

As a Red, Darrow grew up working the mines deep beneath the surface of Mars, enduring backbreaking labor while dreaming of the better future he was building for his descendants. But the Society he faithfully served was built on lies. Darrow’s kind have been betrayed and denied by their elitist masters, the Golds—and their only path to liberation is revolution. And so Darrow sacrifices himself in the name of the greater good for which Eo, his true love and inspiration, laid down her own life. He becomes a Gold, infiltrating their privileged realm so that he can destroy it from within.

A lamb among wolves in a cruel world, Darrow finds friendship, respect, and even love—but also the wrath of powerful rivals. To wage and win the war that will change humankind’s destiny, Darrow must confront the treachery arrayed against him, overcome his all-too-human desire for retribution—and strive not for violent revolt but a hopeful rebirth. Though the road ahead is fraught with danger and deceit, Darrow must choose to follow Eo’s principles of love and justice to free his people.

He must live for more. 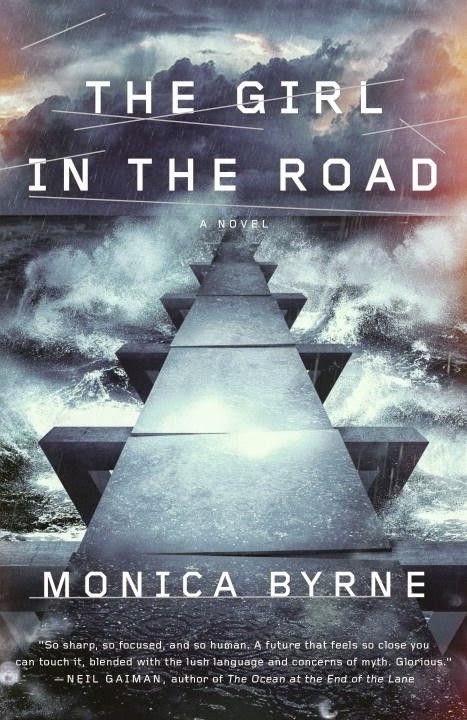 The Girl in the Road
Broadway Books, February 17, 2015
Trade Paperback, 352 pages
Previously published in Hardcover and eBook, May 2014

A debut that Neil Gaiman calls “Glorious. . . . So sharp, so focused and so human.” The Girl in the Road describes a future that is culturally lush and emotionally wrenching.
Monica Byrne bursts on to the literary scene with an extraordinary vision of the future.  In a world where global power has shifted east and revolution is brewing, two women embark on vastly different journeys—each harrowing and urgent and wholly unexpected.

When Meena finds snakebites on her chest, her worst fears are realized: someone is after her and she must flee India.  As she plots her exit, she learns of the Trail, an energy-harvesting bridge spanning the Arabian Sea that has become a refuge for itinerant vagabonds and loners on the run.  This is her salvation.  Slipping out in the cover of night, with a knapsack full of supplies including a pozit GPS, a scroll reader, and a sealable waterproof pod, she sets off for Ethiopia, the place of her birth.

Meanwhile, Mariama, a young girl in Africa, is forced to flee her home.  She joins up with a caravan of misfits heading across the Sahara. She is taken in by Yemaya, a beautiful and enigmatic woman who becomes her protector and confidante. They are trying to reach Addis Abba, Ethiopia, a metropolis swirling with radical politics and rich culture.  But Mariama will find a city far different than she ever expected—romantic, turbulent, and dangerous.

As one heads east and the other west, Meena and Mariama’s fates are linked in ways that are mysterious and shocking to the core.

Written with stunning clarity, deep emotion, and a futuristic flair, The Girl in the Road is an artistic feat of the first order: vividly imagined, artfully told, and profoundly moving. 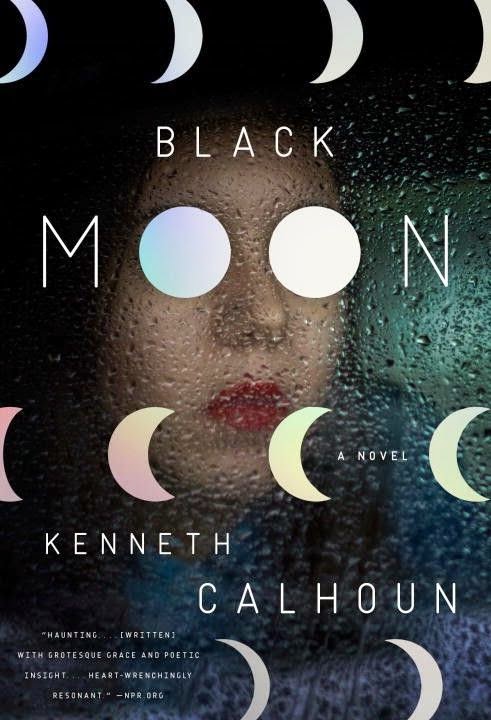 For fans of The Age of Miracles and The Dog Stars, Black Moon is a hallucinatory and stunning debut that Charles Yu calls “Gripping and expertly constructed.”

Insomnia has claimed everyone Biggs knows.  Even his beloved wife, Carolyn, has succumbed to the telltale red-rimmed eyes, slurred speech and cloudy mind before disappearing into the quickly collapsing world.  Yet Biggs can still sleep, and dream, so he sets out to find her.

He ventures out into a world ransacked by mass confusion and desperation, where he meets others struggling against the tide of sleeplessness.  Chase and his buddy Jordan are devising a scheme to live off their drug-store lootings; Lila is a high school student wandering the streets in an owl mask, no longer safe with her insomniac parents; Felicia abandons the sanctuary of a sleep research center to try to protect her family and perhaps reunite with Chase, an ex-boyfriend.  All around, sleep has become an infinitely precious commodity. Money can’t buy it, no drug can touch it, and there are those who would kill to have it. However, Biggs persists in his quest for Carolyn, finding a resolve and inner strength that he never knew he had.

Kenneth Calhoun has written a brilliantly realized and utterly riveting depiction of a world gripped by madness, one that is vivid, strange, and profoundly moving.