"If there were stars for world-building, Irenicon would be a five plus, no question," says SFX.

"The book is a fountain of gorgeous detail, festooned with enriching codices and enlightening, subtly subsumed exposition," raved Sci-Fi Now.

The river Irenicon is a feat of ancient Concordian engineering. Blasted through the middle of Rasenna in 1347, using Wave technology, it divided the only city strong enough to defeat the Concordian Empire. But no one could have predicted the river would become sentient--and hostile. Sofia Scaligeri, the soon-to-be Contessa of Rasenna, has inherited a city tearing itself apart from the inside. And try as she might, she can see no way of stopping the culture of vendetta that has the city in its grasp. Until a Concordian engineer arrives to build a bridge over the Irenicon, clarifying everything: the feuding factions of Rasenna can either continue to fight each other or they can unite against their shared enemy. And they will surely need to stand together--for Concord is about to unleash the Wave again. 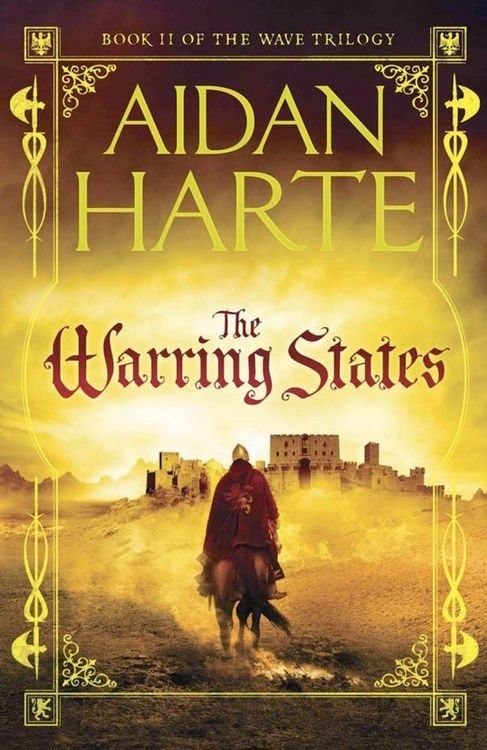 Interzone raved that “Harte is a brilliant new voice is historical fantasy.” In The Warring States, Aidan Harte continues his high fantasy adventure began in Irenicon.

After the rout at Rasenna, Concord faces enemies on all fronts, and nobody believes that the last surviving Apprentice is equal to these crises–but Torbidda didn’t become Apprentice by letting himself be manipulated.

While Sofia is struggling to understand her miraculous pregnancy, the City of Towers grows wealthy. But it’s not long before the people of Rasenna start arguing again, and as the city falls apart once more, Sofia realises she must escape Etruria to save her baby. When prophecy leads her to another cesspit of treachery, the decadent Crusader kingdom of Oltremare, Sofia begins to despair, for this time she can see no way out. 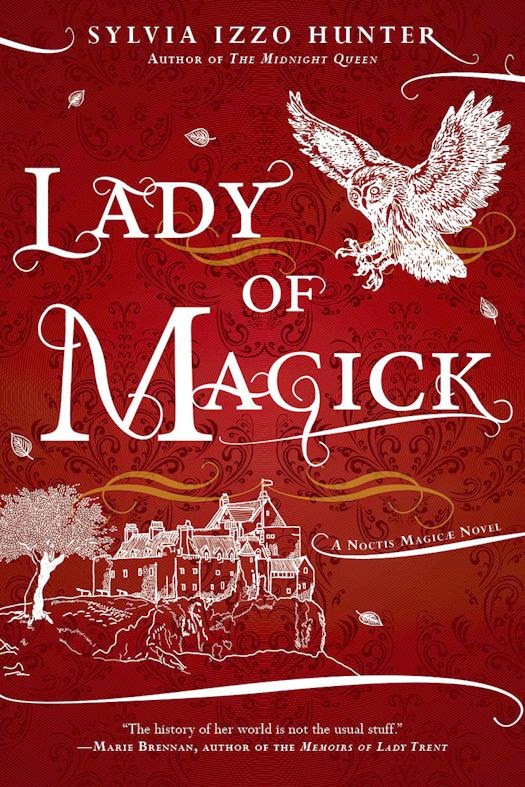 Sylvia Izzo Hunter brought “both rural Brittany and an alternative Regency England to vivid life”* in The Midnight Queen, her debut novel of history, magic, and myth. Now, in her new Noctis Magicae novel, Sophie and Gray Marshall are ensnared in an arcane plot that threatens to undo them both.

In her second year of studies at Merlin College, Oxford, Sophie Marshall is feeling alienated among fellow students who fail to welcome a woman to their ranks. So when her husband, Gray, is invited north as a visiting lecturer at the University in Din Edin, they leap at the chance. There, Sophie’s hunger for magical knowledge can finally be nourished. But soon, Sophie must put her newly learned skills to the test.

Sophie returns home one day to find a note from Gray—he’s been summoned urgently to London. But when he doesn’t return, and none of her spells can find a trace of him, she realizes something sinister has befallen him. With the help of her sister, Joanna, she delves into Gray’s disappearance, and soon finds herself in a web of magick and intrigue that threatens not just Gray, but the entire kingdom. 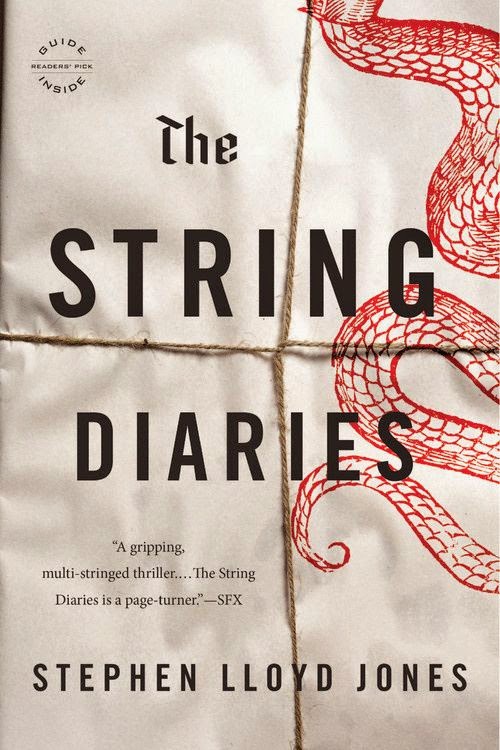 A family is hunted by a centuries-old monster: a man with a relentless obsession who can take on any identity.

The String Diaries opens with Hannah frantically driving through the night--her daughter asleep in the back, her husband bleeding out in the seat beside her. In the trunk of the car rests a cache of diaries dating back 200 years, tied and retied with strings through generations. The diaries carry the rules for survival that have been handed down from mother to daughter since the 19th century. But how can Hannah escape an enemy with the ability to look and sound like the people she loves?

Stephen Lloyd Jones's debut novel is a sweeping thriller that extends from the present day, to Oxford in the 1970s, to Hungary at the turn of the 19th century, all tracing back to a man from an ancient royal family with a consuming passion--a boy who can change his shape, insert himself into the intimate lives of his victims, and destroy them.

If Hannah fails to end the chase now, her daughter is next in line. Only Hannah can decide how much she is willing to sacrifice to finally put a centuries-old curse to rest. 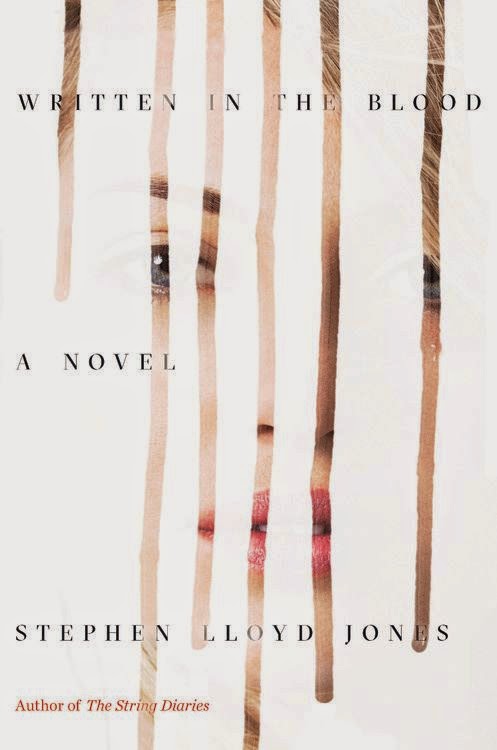 Written in the Blood
String Diaries 2
Mulholland Books, May 26, 2015
Hardcover and eBook, 496 pages

In the sequel to The String Diaries, a mother and daughter find their place among the descendants of an immortal line of shapeshifters.

Leah Wilde is the last of a line of shapeshifters called the Long Lives. The few who remain are scattered about the globe. Leah and her mother, Hannah, are determined to find them and to save them from extinction.

But Leah and Hannah are not alone in their search. For centuries an ancient monster has thrived by killing members of the Long Lives. Over a hundred years ago in Budapest, a boy named Izsak witnessed unspeakable sacrifices within his orphanage, all to appease this ravenous beast. Today the monster stalks America, preying on the young in its quest for immortality. Written in the Blood is the stunning next chapter in Stephen Lloyd Jones's inventive and exciting saga. 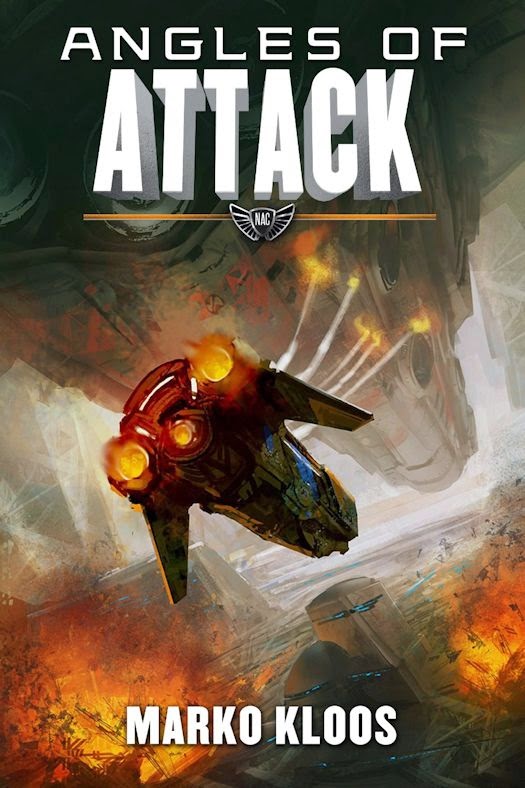 The alien forces known as the Lankies are gathering on the solar system’s edge, consolidating their conquest of Mars and setting their sights on Earth. The far-off colony of New Svalbard, cut off from the rest of the galaxy by the Lanky blockade, teeters on the verge of starvation and collapse. The forces of the two Earth alliances have won minor skirmishes but are in danger of losing the war. For battle-weary staff sergeant Andrew Grayson and the ragged forces of the North American Commonwealth, the fight for survival is entering a catastrophic new phase.


Forging an uneasy alliance with their Sino-Russian enemies, the NAC launches a hybrid task force on a long shot: a stealth mission to breach the Lanky blockade and reestablish supply lines with Earth. Plunging into combat against a merciless alien species that outguns, outmaneuvers, and outfights them at every turn, Andrew and his fellow troopers could end up cornered on their home turf, with no way out and no hope for reinforcement. And this time, the struggle for humanity’s future can only end in either victory or annihilation. 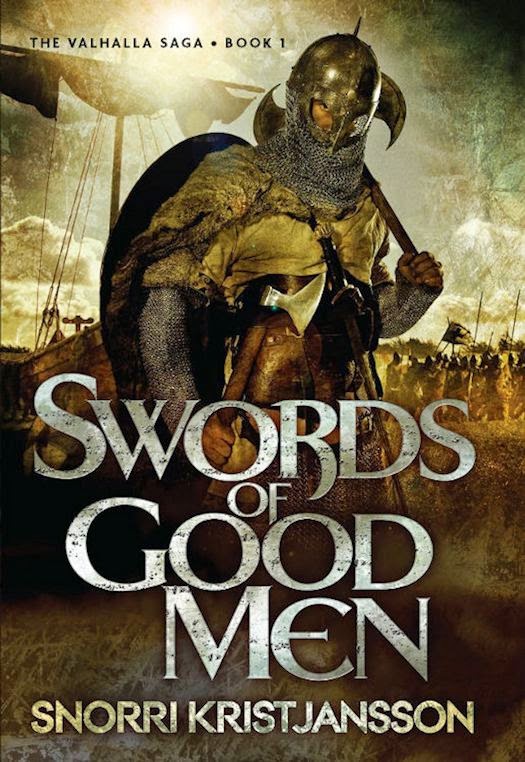 Swords of Good Men--the first volume Snorri Kristjansson's Vhlhalla Saga--in is a raucous and gripping fantasy adventure set in Viking Norway, where plundering and pillaging are a way of life and creature comforts rarely exceed a mug of sour mead.

To weary Viking Ulfar Thormodsson, the town of Stenvik is the penultimate stop on what has been a long and perilous journey. It has been particularly challenging for Thormodsson, who has been charged with protecting the life of his high-born cousin. Having travelled the world for two years, all he wants is to go home--but Stenvik awaits.

After coming ashore, Thormodsson meets the beautiful and tragic Lilja, who immediately captures his heart. Stenvik is also home to solitary blacksmith Audun Arngrimsson, whose past hides many dark secrets. Soon, the conflict brewing between two factions of dangerous and determined men of the town threatens to sweep all of them, natives and visitors alike, into the jaws of war.

As the Vikings learn, King Olav is marching on Stenvik from the east, determined to bring the White Christ to the masses at the point of his sword - even as a host of bloodthirsty raiders led by a mysterious woman sails from the north. Thormodsson and his companions will soon learn that in this conflict between the Old Gods and the new, there are enemies everywhere - outside the walls of Stenvik as well as within.

Swords of Good Men features a memorable cast of original characters and is driven by non-stop action and a clever sense of humor. Kristjansson deftly and elegantly weaves Norse mythology and history with fantasy in a novel that offers not only a good dose of bloody Viking feuding, but intrigue and romance. 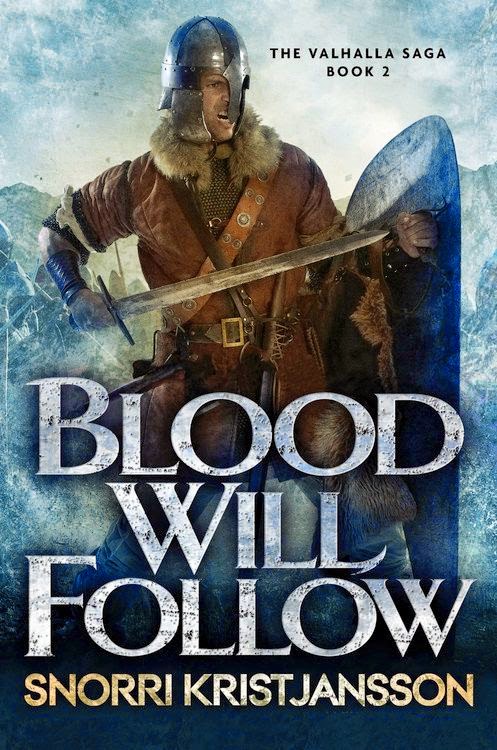 Starburst magazine called Snorri Kristjansson's Swords of Good Men--the first volume in the Valhalla Saga--"A cracking yarn (one that would make a great movie), filled with enough to satisfy any fan of Vikings and their mythology." Now this raucous and gripping fantasy adventure set in Viking Norway continues with Blood Will Follow, where plundering and pillaging are a way of life and creature comforts rarely exceed a mug of sour mead.


Ulfar Thormodsson and Audun Arngrimsson are battered, having barely survived the battle for Stenvik, waged between King Olav and the followers of the White Christ, and those whose allegiance remains to the gods of the Norse pantheon. Alas, the two Vikings' encounter with a mysterious witch just before escaping the town over the city's walls have left them without the one thing that made them human: their mortality.

While Ulfar heads home to Sweden, hoping to find a safe haven where he can come to grips with his newfound inability to die, Audun travels by foot to the south, searching for answers on the open road. But both men are about to discover that they cannot run from their destiny. King Olav has left the conquered town of Stenvik in the hands of his lieutenant so he can journey north, following the advice of the scheming healer Valgard, to hunt for the source of the Vikings' power.

Soon, Ulfar and Audun will realize they have important roles to play in the battle for supremacy between those seeking to spread the gospel of the White Christ and those who keep to the old ways of Odin, Thor, and Loki.