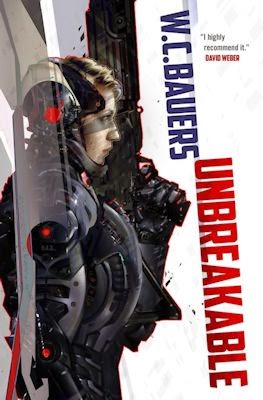 WCB:  I dabbled for years. A few shorts I never did anything with. A few false starts. I pitched twenty-five thousand words when paranormal was booming. I got serious three years ago when my brother-in-law, Jeremy, dared me to join NANOWRIMO. I owe him big for that.

WCB:  I plot the bones and "pants" the marrow. Because I work best under a deadline it helps to have my agent or editor set them on fire. :

WCB:  Oh, that's easy. The self doubt. I'm a perfectionist. If I'm not careful, I go to a dark place fast. Trust me, the it's-not-good-enough method of writing doesn't work very well. So I practice grace, toward myself, and I do my best to extend it to others too. Stephen King's advice on this helped a lot. Write the book with the door closed. When it's time to give it away you have to open the door. You have to let go.

WCB:  This one isn't so easy but I'll try to narrow the list. C. S. Lewis for starters. The Narnia books are some of my earliest reading memories. You won't find a better writer than Lewis. Stephen King, his shorts as well as ON WRITING. Orson Scott Card and ENDER'S GAME started my love affair with SF. David Weber, the "Great One." Jack McDevitt's books are master's classes on writing well; he's one of the nicest men too, the real mccoy. Anne McCaffrey, the dragons and the talents. I'll stop there.

WCB:  GIRL INTERRUPTED meets STARSHIP TROOPERS on the plains of LONESOME DOVE. I know how weird that sounds.

TQ:  Tell us something about Unbreakable that is not in the book description.

WCB:  My protagonist, Promise, knits to help her cope with PTSD. For someone so young, she's seen far more than her share of trauma and loss. Knitting can be an effective form of therapy for traumatic brain injuries too. The more we learn about the brain, the more we come to understand how it changes over time, for the good and bad. Knitting can be a powerful healer.

TQ:  What inspired you to write Unbreakable? What appealed to you about writing military SF?

WCB:  I come from a military family. My grandfather, father-in-law, an uncle, and two cousins all served. Many of my friends are military. I grew up on grandpa's Navy tales from WWII and Korea. For a time, I thought seriously about enlisting before heading down another road. I've often wondered, "What if?" The women and men who wear the uniform are a unique breed. For me they epitomize what it means to serve. Their stories matter. So it was very natural for me to begin writing in the genre. It just fit. I suppose in some ways UNBREAKABLE is my tribute to freedom-loving service women and men everywhere.

TQ:  What sorts of research did you do for Unbreakable?

WCB:  A lot of reading for starters. I typically have a book of military history or a war memoir on my nightstand. I just finished THE RED CIRCLE. THE HEART AND THE FIST, SEAL TEAM SIX, and THE UNFORGIVING MINUTE were most helpful. W.E.B. Griffin is a goldmine. He's the consummate researcher as well as a fantastic novelist. I recommend his series on THE CORPS for fans of historical military fiction. I interviewed Soldiers, Sailors, and Marines. My beta circle includes a retired Navy Commander named Mark. Mark has gone above and beyond to help me.

WCB:  They are one in the same, Promise. One day Promise appeared on the page. She was there and her story wouldn't go away; I had no choice in the matter. Writing her has been a joy. But, I feel a tremendous amount of obligation to get her story right, to nail her voice, to do her justice. I'm constantly going back and revising and asking myself if she would really do this or say that.

TQ:  Which question about your novel do you wish someone would ask? Ask it and answer it!

WCB:  Where did the title come from? No one has asked that. Promise is a wounded warrior and her wounds are the silent kind that often get overlooked and go untreated. Not only is she traumatized but early in the book she suffers a traumatic brain injury. So many of our warriors have faced horrors we can't possibly fathom, not really. And many struggle the rest of their lives with the visions, the flashbacks, the anger. Yet, they continue to press forward. They are heroes and their spirits are UNBREAKABLE.

TQ:  Give us one or two of your favorite non-spoilery lines from Unbreakable.

WCB:  "Drain it, dump it, pack it up, wolf it down. We go in five mikes." I don't know why but I love this line. Promise says this in her "stand up" speech before her Marines send the rain. And, "What is it about a weapon that leaves residue on your hands?" Promise has a thing for antique firearms. This is the first line of the book and oh how I agonized over it. I think it turned out fine.

WCB:  Book two is in the pipeline. The working title is IN THE COMPANY OF OTHERS but I'm pretty sure that will change, or at least be shortened. I envision more books in Promise's future too. I have two shorts that need a bit of tweaking before I send them out. Beyond that, we'll see. Man plans and God laughs so I try not to think too far ahead. 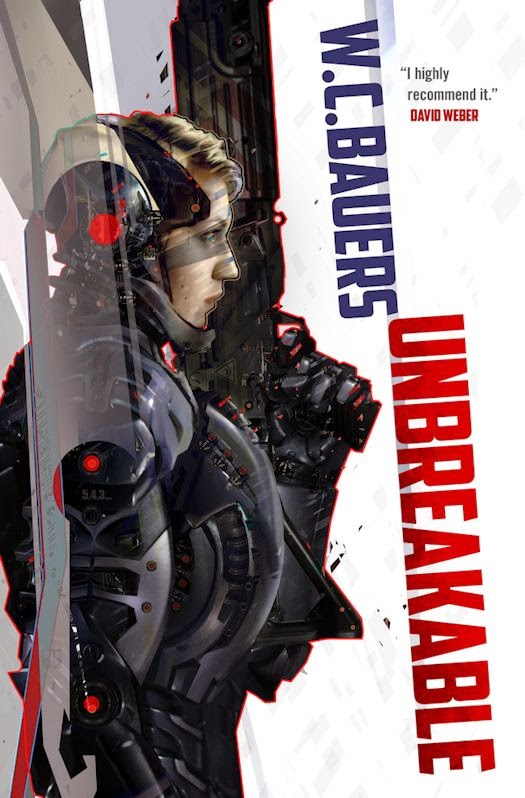 The colonists of the planet Montana are accustomed to being ignored. Situated in the buffer zone between two rival human empires, their world is a backwater: remote, provincial, independently minded. Even as a provisional member of the Republic of Aligned Worlds, Montana merits little consideration—until it becomes the flashpoint in an impending interstellar war.

When pirate raids threaten to destabilize the region, the RAW deploys its mechanized armored infantry to deal with the situation. Leading the assault is Marine Corps Lieutenant and Montanan expatriate Promise Paen of Victor Company. Years earlier, Promise was driven to join the Marines after her father was killed by such a raid. Payback is sweet, but it comes at a tremendous and devastating cost. And Promise is in no way happy to be back on her birthworld, not even when she is hailed as a hero by the planet's populace, including its colorful president. Making matters even worse: Promise is persistently haunted by the voice of her dead mother.

Meanwhile, the RAW's most bitter rival, the Lusitanian Empire, has been watching events unfold in the Montana system with interest. Their forces have been awaiting the right moment to gain a beachhead in Republic territory, and with Promise's Marines decimated, they believe the time to strike is now. 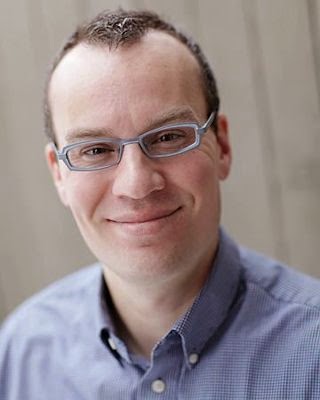 W. C. Bauers's interests include Taekwondo, military history, and French-press brewing. He lives in the Rocky Mountains with his wife and three boys. Unbreakable is his first novel.

What:  One entrant will win a hardcover copy of Unbreakable by W. C. Bauers from Tor Books. US/CANADA ONLY

Who and When:  The contest is open to all humans on the planet earth with a US or Canadian mailing address. Contest ends at 11:59 PM US Eastern Time on January 22, 2015. Void where prohibited by law. No purchase necessary. You must be 18 years old or older to enter.