Interview with Rebecca Alexander, author of The Secrets of Life and Death - October 13, 2014


Please welcome Rebecca Alexander to The Qwillery as part of the 2014 Debut Author Challenge Interviews. The Secrets of Life and Death was published on October 7th by Broadway Books. 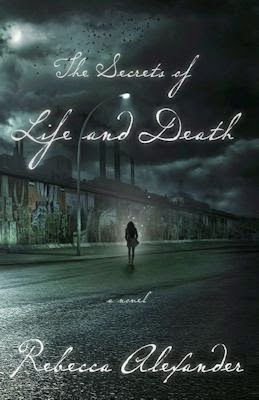 Rebecca:  I can’t remember not writing but after my children came along I stopped writing fiction. I came back to it about seven years ago as the kids grew up, and found a whole new enthusiasm for fiction, both reading and writing.

Rebecca:  I’m a pantser! I so wish I was a plotter, it makes so much sense to plan a book out. I often feel like my characters are taking me out for an adventure. They surprise me all the time. I was recently writing about an archaeologist excavating a well and one of my characters fell in and died. I was so upset I cried. Edward Kelley basically told me his story, I wrote it down. I sometimes worry that I have an Elizabethan man talking inside my head…

Rebecca:  Stopping and starting are tricky. I find it hard to stop when I’m on a roll, but if the story doesn’t come easily it’s hard to get back to it. I often get stuck right in the middle of a book and after a few frustrated days, I skip on to write the ending. That seems to help.

Rebecca:  I grew up with authors like Bram Stoker and Barbara Michaels, Dennis Wheatley and Edgar Allen Poe. I loved books with plenty of suspense, and a supernatural edge, even a bit of horror. The one book that drew me back into fantasy was The Historian by Elizabeth Kostova. I wish I’d written that. I love contemporary fantasy too, especially Kelley Armstrong, but I also like female crime writers like Tess Gerritsen and Lisa Gardner, who write fantastic suspense.

TQ:  Describe The Secrets of Life and Death in 140 characters or less.

TQ:  Tell us something about The Secrets of Life and Death that is not in the book description.

Rebecca:  Jack lives in a fifteenth century cottage, very like one I once stayed in. The cottage’s secret past provides a creepy place to imprison a dying child for magical reasons. The house I stayed in had a ‘priest hole’, a hideaway concealed space for Catholic priests to be hidden in during Tudor Protestant revivals. This one had been used for séances, and had a spooky atmosphere and was covered with scrawled messages. The cottage is in the Devon countryside and the centre of a centuries old rookery. I think the castle in Transylvania and the cottage in England help set the mood for the book.

TQ:  What inspired you to write The Secrets of Life and Death? The novel is a genre blender. How would you describe the novel's genres/sub-genres?

Rebecca:  I started out writing a psychological thriller. I worked as a psychologist and wanted to explore the strange beliefs of deluded, untreated people with psychosis. My character would kidnap a child in the complete belief she was saving her life with sixteenth century sorcery. As the book developed, I started to believe it too, making it fantasy. But rather than explain all the fascinating research into John Dee and Edward Kelley I had done, I found it very easy to write their adventures alongside the contemporary, so a historical strand crept in. Then Jack found herself being drawn to Felix, and an unexpected emotional entanglement crept in. That’s what I mean by not plotted, I never meant to draw in so many genre elements.

TQ:  What sort of research did you do for The Secrets of Life and Death?

Rebecca:  I read everything of Dee’s and Kelley’s I could find, and dozens of books about Dee. He was a fascinating man who was born in the reign of Henry VIII and died in the reign of James I eighty-two years later, having seen some of the most turbulent years in English history. I also spoke to some modern occultists, fascinating people who still research (and use?) some of the magical ideas Dee talked about. Finding out that Dee and Kelley had met Istvan Báthory, king of Poland and Transylvania, and uncle of Elizabeth Báthory. She was a sadistic serial murderer and discovering the connection was a gift to a writer. Elizabeth would have been about 25, and not yet started on her murderous path, and still a sympathetic character.

TQ:  In The Secrets of Life and Death who was the easiest character to write and why? The hardest and why?

Rebecca:  Jackdaw Hammond was the hardest. She is secretive, and had a very limited experience of the ‘real world’ and men. Finding herself in a friendship that might be a relationship makes her awkward, which was hard to find at first. Edward Kelley was the easiest, despite all the research. He was a trickster, who even manipulated the genius Dee. He was charming and glib but had come up from very humble beginnings, with only his charm and wits to keep him safe. I found him good company and have enjoyed following him through the sequels.

TQ:  Give us one or two of your favorite non-spoilery lines from The Secrets of Life and Death.

The dark little room was like a prison cell. Stone walls glistened with damp and a lantern glowed from a rusty hook. Tales of kidnap, rape and murder crept into her mind.

Rebecca:  The sequel comes out in the UK in October, and the final book in the trilogy is in its editing underwear at the moment. I’m also writing a separate series about a younger Edward Kelley and a modern day independent, female archaeologist, who uncovers some of Kelley’s past while solving the riddle of a body in a well (A Baby’s Bones).


The Secrets of Life and Death
Broadway Books, October 7, 2014
Trade Paperback and eBook, 384 pages
(US Debut) 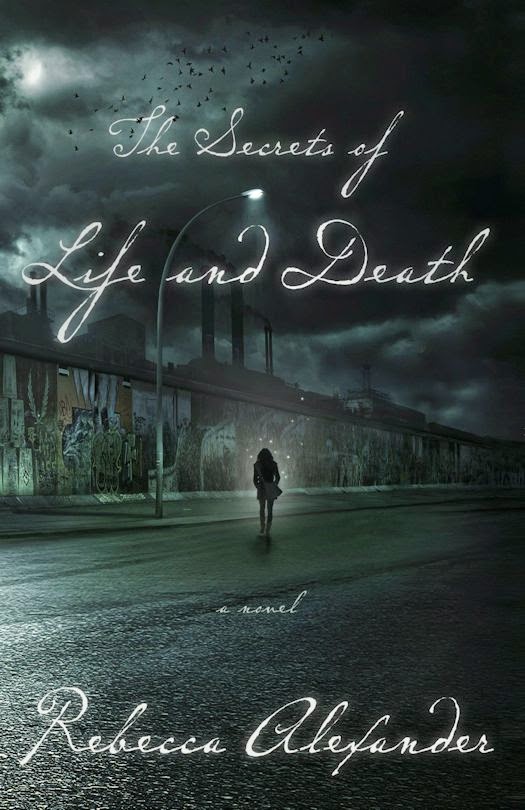 In modern day England, Professor Felix Guichard is called in to identify occult symbols found on the corpse of a young girl. His investigation brings him in contact with a mysterious woman, Jackdaw Hammond, who guards a monumental secret--She's Dead. Or she would be, were it not for magic which has artificially extended her life. But someone else knows her secret. Someone very old and very powerful, who won't rest until they've taken the magic that keeps her alive....

In Krakow in 1585, Dr John Dee, the Elizabethan Alchemist and Occultist, and his assistant Edward Kelley have been summoned by the King of Poland to save the life of his niece, the infamous Countess Elisabeth Bathory. But they soon realize that the only thing worse than the Countess' malady, is the magic that might be able to save her...

As Jackdaw and Felix race to uncover the truth about the person hunting her, it becomes clear that the answers they seek can only be found in the ancient diary of John Dee's assistant, Edward Kelley. Together they must solve a mystery centuries in the making, or die trying. 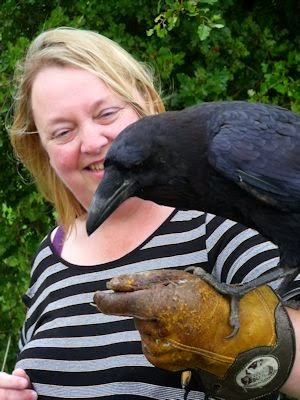 Rebecca Alexander is an urban fantasy, historical and crime writer, and recovering psychologist. She has brought up seven children, the youngest five in a haunted house in Devon surrounded by rooks and jackdaws. The birds and the children find their way into her novels. Her first book, The Secrets of Life and Death, will be published October 2014 by Broadway Books. It weaves the historical adventures of Edward Kelley, associate of the necromancer and sorcerer John Dee, with the fight to save a teenager’s life in the present day.