Please welcome Christina Henry to The Qwillery as part of the Black Spring Blog Tour. Black Spring, the 7th Black Wings novel, will be published on October 28th by Ace.

TQ:  How has your writing process changed from when you wrote Black Wings (book 1) to Black Spring (book 7)?

Christina:  When I wrote BLACK WINGS I had a two-year-old at home. I was writing every day during the one hour that he napped, so I had to really focus and get things done in that time. When BLACK NIGHT rolled around he had stopped napping so I took him to the park and let him play while I sat on a bench and wrote in a notebook. By the time I got to BLACK SPRING he was seven years old and in school all day, so I had a lot more flexibility in how I used my day and how much I wanted to write. So the way I use my time has changed.

The way I actually write the story has not. I never plotted a single book ahead of time, or wrote a synopsis or an outline. I’ve always let the story unspool organically. I write chronologically from start to finish, and I always write the book out by hand first and then transfer it to a word document.

TQ:  Which character in the Black Wings series surprised you the most?

Christina:  Nathaniel. I had originally intended him to be a real villain, but early on my editor asked me for a change in the story that made him redeemable. And once he was redeemable he became much more interesting to me. I think he’s been the biggest surprise of the series to a lot of people. He’s easy to hate at first, and by the end I was in love with him, just like Maddy.

TQ:  Are there any other genres in which you would like to write in addition to urban fantasy?

Christina:  I would love to write a historical novel. I’ve started writing a historical mystery. It’s a very different process. Since the BLACK WINGS novels take place in a contemporary period I don’t have to worry about language that I use or the geography of the city, since I live here and know it very well. But when writing a historical you have to think about so many details, down to whether or not certain terms were in use during the time period in which you are writing. It’s a challenge, but a fun challenge. 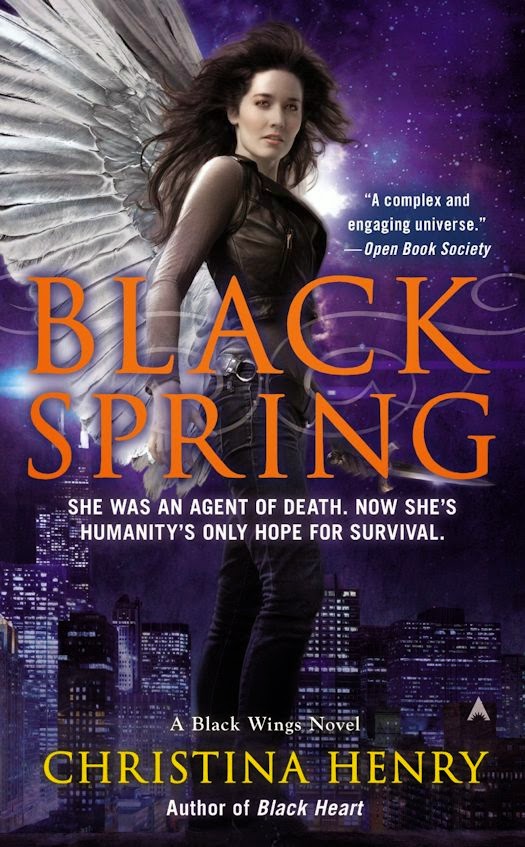 A former Agent of death, Madeline Black now has everything to live for, most importantly, her unborn child. But Chicago has become ground zero in a struggle between ancient creatures, and only Maddy can stop the carnage…

The mayor of Chicago has announced a plan to round up the city’s supernatural beings and put them in camps. With her due date looming, Maddy’s best move would be to lay low for a while. But not everyone is willing to respect her privacy. Hounded by tentacled monsters, a rogue shapeshifter, and a tenacious blogger, Maddy turns to her most powerful ally, her uncle Daharan, only to find him missing.

Just when it seems like things can’t get any worse, Maddy gets an invitation in the mail—to Lucifer’s wedding. Turns out everyone has been invited, friends and enemies alike. And with that kind of guest list, it’s highly unlikely there will be a happily ever after. 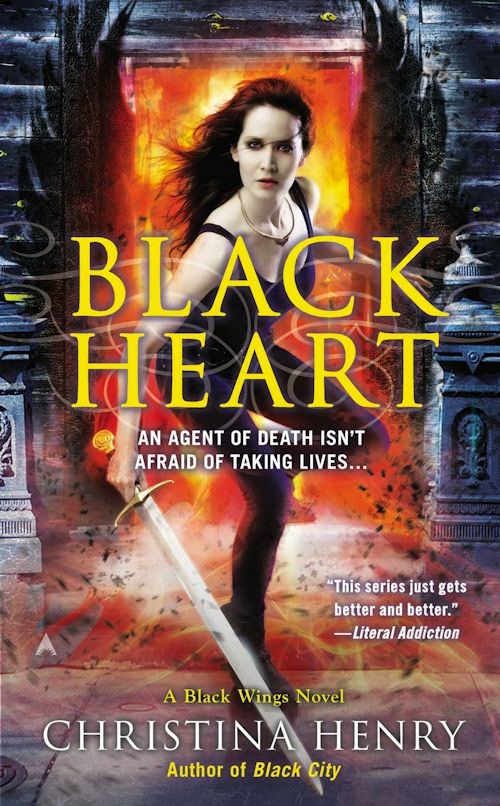 As a former Agent of Death, Madeline Black is no stranger to witnessing violent ends. But being the one to cause them is an entirely different story…

Despite her having saved Chicago from a vampire invasion, the Agency wants to get Maddy off their payroll—permanently. With the deadly Retrievers hot on her trail, she has no choice but to trust Nathaniel to port her to safety. But even the exotic and dangerous world that she winds up in is not as peaceful as she would have hoped. Caught in a turf war between a group of fae and a disturbingly familiar foe, Maddy soon discovers that the twisted plots of her grandfather, Lucifer, and his brothers extend even into this unknown realm.

Now, with enemies gathering on all sides, Maddy’s fate is looking darker than ever. And to protect her unborn son from her adversaries, she may have to tap into a power she hoped never to access… When Maddy finally killed her father, Azazel, she thought his depraved experiment died with him. But now Chicago has been infested with vampires immune to the effects of the sun, and the bloodbath is worse than she could have ever imagined. While the Agency refuses to interfere with other supernatural courts, Maddy is determined to do everything within her power to save her city—wings or no wings.

But when the leader of the vampires requests that she turn herself in or risk more deaths, Maddy becomes a target for the very people she’s trying to save. Left with no other choice, she turns to Lucifer, the one creature who has the power to help her. But her grandfather’s aid has always come at a price… 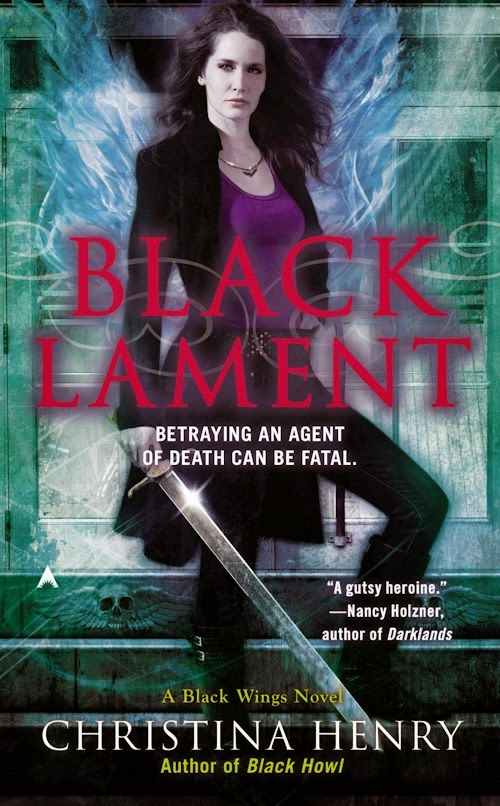 As an Agent of Death, Madeline Black deals with loss every day. But when tragedy touches her own life, Maddy will have to find the strength within to carry on…

Devastated and grieving, Maddy unexpectedly finds hope with the discovery that she is pregnant. But Maddy’s joy is short lived when Lucifer informs her that he wants the baby, hoping to draw on the combined power of two of his bloodlines. Maddy is determined that her grandfather will never have her child, but she’s not sure what she can do to stop him.

Being pregnant is stressful enough, but Maddy suddenly finds herself at odds with the Agency—forbidden from meddling in the affairs of the supernatural courts. When a few of her soul collections go awry, Maddy begins to suspect that the Agency wants to terminate her employment. They should know by now that she isn’t the sort to give up without a fight… 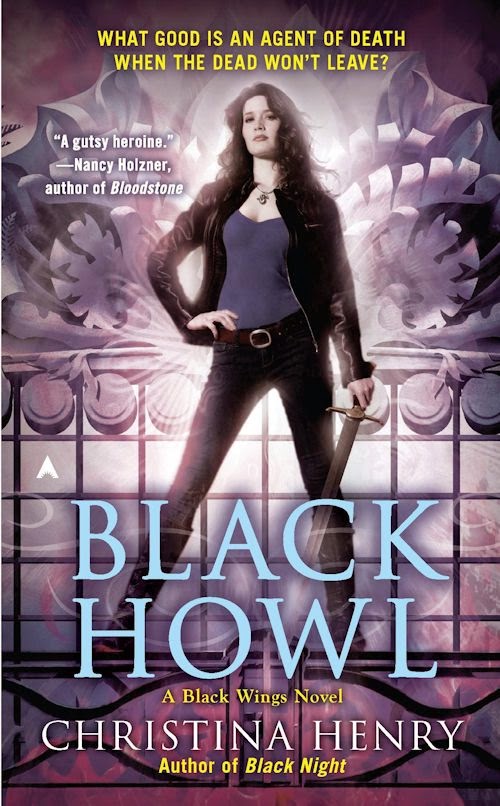 Something is wrong with the souls of Chicago's dead. Ghosts are walking the streets, and Agent of Death Madeline Black's exasperating boss wants her to figure out why. And while work is bad enough, Maddy has a plethora of personal problems too. Now that Gabriel has been assigned as her thrall, their relationship has hit an impasse. At least her sleazy ex-fiance Nathaniel is out of the picture--or so she thinks... 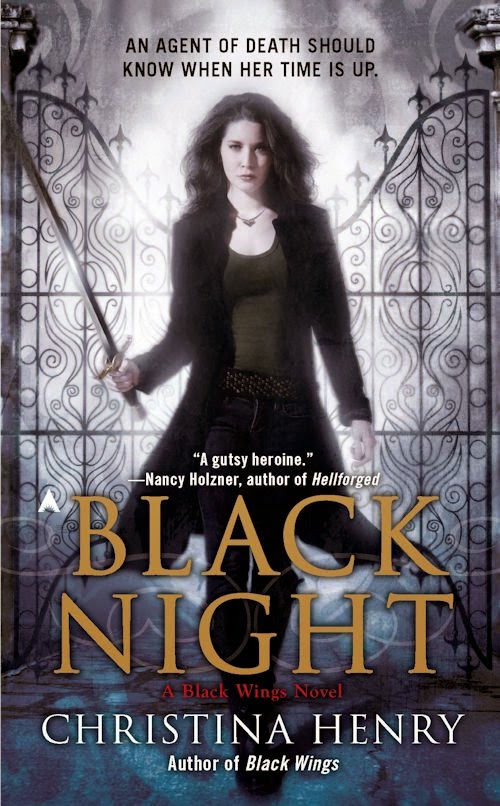 Madeline Black is an Agent of death, meaning she escorts the souls of people who have died to the afterlife. Of course, not everyone is happy to see her...

If obstinate dead people were all that Maddy had to worry about, life would be much easier. But the best-laid plans of Agents and fallen angels often go awry. Deaths are occurring contrary to the natural order, Maddy's being stalked by foes inside and outside of her family, and her two loves-her bodyguard, Gabriel, and her doughnut-loving gargoyle, Beezle-have disappeared. But because Maddy is Lucifer's granddaughter, things are expected of her, things like delicate diplomatic missions to other realms. 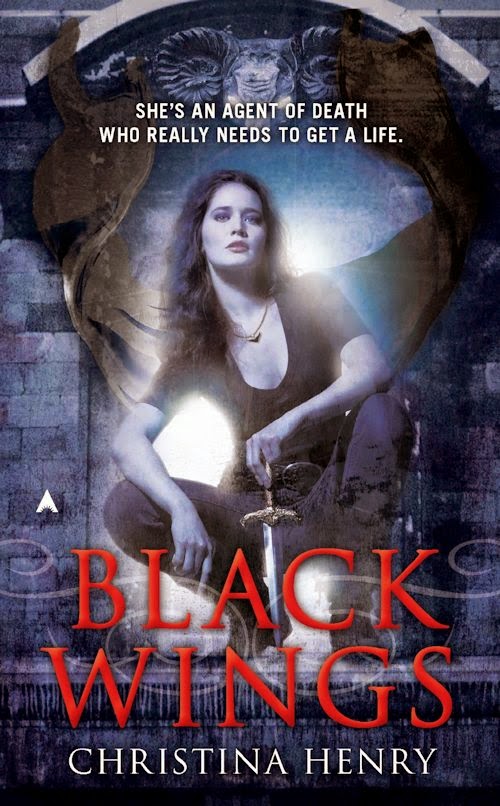 Escorting souls into the afterlife leaves Maddy little time for socializing-until devilishly handsome Gabriel Angeloscuro agrees to rent the empty apartment in her building. But when demons start appearing on Maddy's front lawn, she realizes there's more to her new tenant than meets the eye. 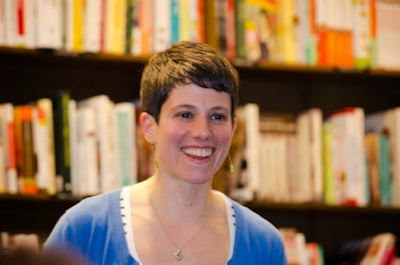 Christina was born in New York and now lives on the North Side of Chicago with her husband and son. She sees no conflict in rooting for both the Yankees and the Cubs.

She also enjoys running long distances, eating large quantities of cinnamon rolls, reading anything she can get her hands on and watching movies with zombies, samurai and/or subtitles.

What:  One entrant will win a copy of Black Spring by Christine Henry from Ace. US ONLY

Who and When:  The contest is open to all humans on the planet earth with a US  mailing address. No P.O. Boxes! Contest ends at 11:59 PM US Eastern Time on October 24, 2014. Void where prohibited by law. No purchase necessary. You must be 18 years old or older to enter.