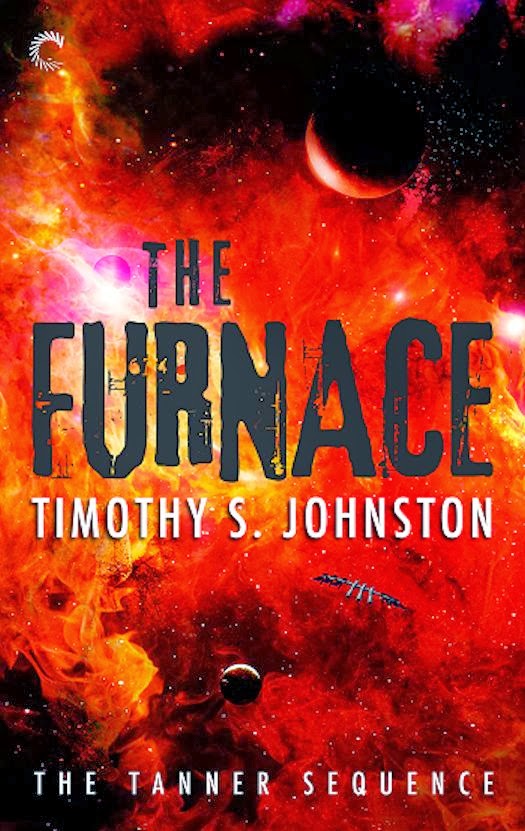 The Furnace by Timothy S. Johnston is set in a future ruled by an all-powerful military power. Each of the planets in our solar system have a military settlement. Kyle Tanner is a military crime investigator who has found success and unwanted fame for his ability to solve some of the most high-profile crimes across the known universe. It's his record of success that sends him on his current assignment to a space station orbiting the sun with a skeleton crew of scientists and military officers. When one of the men dies during a spacewalk, and has his head and hands cut off before an autopsy could be performed, Tanner is sent to the space station to investigate. While he thinks his job is to figure out if the man's death was an accident or a murder, he soon discovers there's much more going on than a single murder and it's up to him to not only stop the murder, but to also save the galaxy.

The Furnace is a fast-paced, science-fiction/thriller that takes you for a ride from the first page to the last. I've never read a book that uses so many different genres in such a skillful way. The Furnace could have been just a mystery set in a space station orbiting the Sun, but Johnston makes it much more by using aspects from military and medical thrillers to give the novel a fresh approach that I thoroughly enjoyed.

The mystery/crime in the story is just as fascinating as the characters. It evolves as the story progresses, which left me changing my mind as I learned there was so much more going on than I could have ever suspected at first. That said, there are a few events that take place that made me wonder why the characters chose to do certain things, but the ride is so enjoyable I didn't get thrown out of the story. In the end, The Furnace is a great ride that keeps you entertained and wanting more, while also planting very interesting ideas in your mind about future possibilities.

Because of the nature of the story and the military influence, there is descriptive violence and strong language, so I would recommend this book to adults who enjoy Science Fiction/Thrillers, Medical Thrillers or anyone who likes a quick, easy read. I look forward to reading Johnston's next book.


Read an interview with Timothy here.