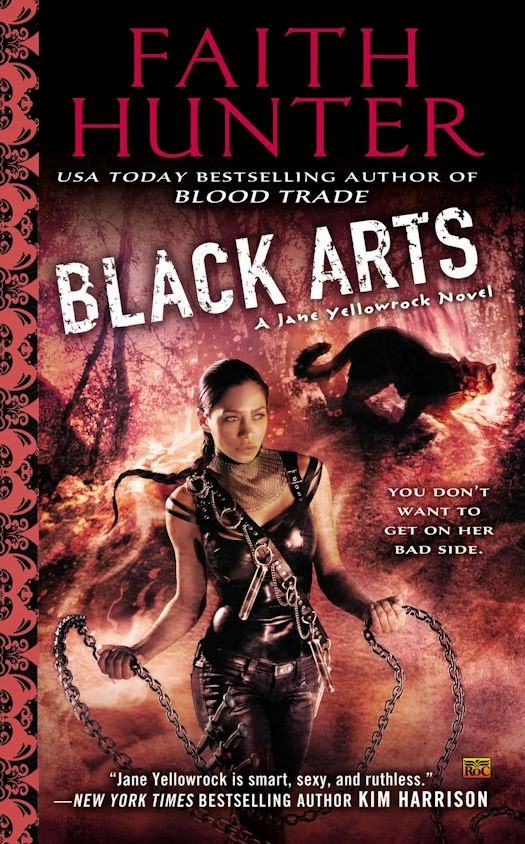 Jane Yellowrock is a shape-shifting skinwalker who always takes care of her own — no matter the cost….

When Evan Trueblood blows into town looking for his wife, Molly, he’s convinced that she came to see her best friend, Jane. But it seems like the witch made it to New Orleans and then disappeared without a trace.

Jane Yellowrock is a unique protagonist – she is both a shape-shifter and a skinwalker. Born in the 1800s as a Cherokee, Jane wound up tangling her soul with that of a cougar. After roaming for years in the cougar’s body, she finally took the lead and came out to begin vampire hunting. Molly Everhart is a witch who has been her friend for years – until an earlier novel, when Jane was forced to kill Molly’s sister. This novel starts after Jane has been excused for the killing, but the family, and Molly in particular, still has yet to open back up to Jane.

However, when Evan, Molly’s husband, comes to Jane looking for Molly, Jane becomes aware that Molly has been in New Orleans for some time – and that she has gone missing. As Jane performs her job as the Master Vampire’s Enforcer, she discovers that her cases for the vampires may be crossing with that of her search for Molly.

I love Jane Yellowrock as a character. She is fierce to her enemies, yet gentle with her friends and those she considers as her family. The interaction between Jane and Evan has always been negative in the past because being around Jane has put Molly in danger. Now Evan has to rely upon Jane’s expertise to find his wife. Jane is also responsible for protecting both Evan and his children until she can locate Molly. The communication between Jane and the children as well as between the children and Jane’s other family, Ely and the Kid, is priceless and indicative of knowledge of real children and how they handle stress.

I always devour Faith Hunter’s novels because they are so good; they suck me into her world and keep me engaged until I arrive at the end. This novel was particularly good at creating a new enemy for Jane as well as involving her expanded family, the Truebloods and Everharts, and their witchcraft. I love the touches that Hunter adds about the Cherokee people and their symbology and their spirituality. This novel was another great addition to the Jane Yellowrock series.