I was poking around on the Internet and saw that Gareth L. Powell had redesigned his website. I popped over to take a look. It's very, very nice. I also spotted the cover for the 3rd Ack-Ack Macaque novel, Macaque Attack, and it is as fabulous as the first two. The cover is by Jake Murray.  I am an unabashed fan of this outstanding series. 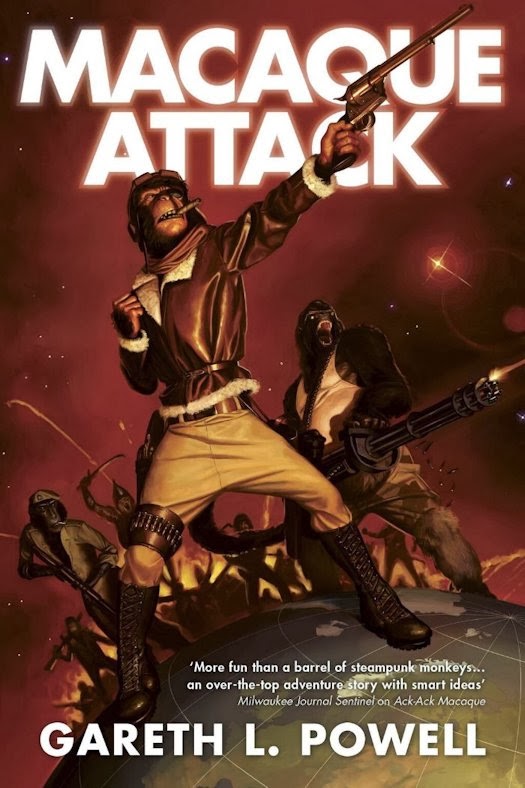 In his third novel-length adventure, Ack-Ack Macaque finds himself at the head of a dimension-hopping monkey army, facing an invading horde of implacable killer androids and a final reckoning with his creator, the infamous Dr Nguyun.

Meanwhile, former journalist Victoria Valois fights to save the electronic ghost of her dead husband and reclaim her stolen soul from the sands of Mars.


Macaque Attack will be published by Solaris Books at the end of 2014 in the US and Canada and in January 2015 in the UK.