Please welcome Molly Harper to The Qwillery. Molly's most recent novel is How to Run with a Naked Werewolf, the 3rd novel in the Naked Werewolf series. 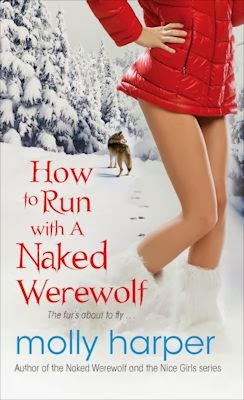 TQ:  Welcome to The Qwillery. You've written several novels and novellas over 4 series: Jane Jameson/Nice Girls, Naked Werewolf, Bluegrass, and Half Moon Hollow as well as some standalone novels. What is the most challenging thing for you about writing? Has your writing process changed over the years?

Molly:  It gets harder over the years because you don’t want to repeat yourself, but at the same time, you know what works for you as a writer. And my process has changed in that I’m a bit more intentional about plotting. I’m a little bit better at wrapping up my loose ends and hiding my red herrings without my editor reminding that I’ve left an annoying side character free and clear of well-deserved retribution.

TQ:  What inspired you to write the Naked Werewolf series?

Molly:  I had a lot of fun describing the werewolves in the Nice Girls series, so I wanted to write a series just about pack dynamics. Writing werewolves is a lot like writing rednecks to the eleventh power. They live in each other’s back pockets and they’re always in each other’s business. They solve a lot of problems with violence and/or casseroles. So it’s strange and foreign in a lot of ways, but as a Kentuckian, it’s also very familiar. I just added fur and claws.

Molly:  I think I may have written the only romance novel to involve both organ-stealing identical twins AND a fistfight with an exotic dancer.

TQ:  Which character in the Naked Werewolf series so far has surprised you the most?

Molly:  Caleb. He was very different from my typical Alpha Male type werewolves. He ended up being more empathetic than I expected him to be. He listens and he tries to think before he speaks. (It doesn’t always work out for him, but he tries.) I wouldn’t use the word “sensitive” to describe him, but he’s less aggressive than my usual werewolf fella.

TQ:  Why did you set the Naked Werewolf series in Alaska?

Molly:  I knew I wanted to write a werewolf series. And then in January 2009, a huge ice storm hit most of the southeast, taking out power for thousands of homes, including mine. We had no heat or hot water, so we ended up moving in with my inlaws for almost two weeks. Don’t get me wrong, I love my in-laws. But I slept on a mattress in front of their fireplace with my infant son and five year old daughter, while my husband worked twelve hour emergency shifts at the police department. Between the cold and the struggles just to everybody fed and warm, I was crawling the walls. Every night, I would sit by a candle and write about the feelings of claustrophobia and isolation and being a Southern girl used to warm temperatures. By the time the lights came back on, I had twenty pages of notes. Those notes became the first Naked Werewolf book.

TQ:  Out of all the characters you have written who is your favorite?

Molly:  Every character is my favorite while I’m writing them. But I think Jane Jameson, my first vampire, will always be my favorite because she’s my “firstborn.” (Don’t tell my other characters.)

TQ:  In your opinion, does a Romance novel always have to have an HEA?

Molly:  For my own books, yes. Some writers can get away with having poignant, “lesson learned” endings, but I’m not one of them. I walk away from those books feeling unsatisfied and upset. People read romance novels to escape. I think there’s enough unsettling sadness in the world. I don’t have to add to it.

Molly:  BETTER HOMES AND HAUNTINGS, will come out in June 2014. I’m very excited about it about it because it’s my first ever haunted house story. When I read ghost stories, it’s rare that I find a backstory to the haunting that satisfies my curiosity. I worked hard to come up with a backstory that would stick with readers for a long time.

Molly:  Thanks for having me! 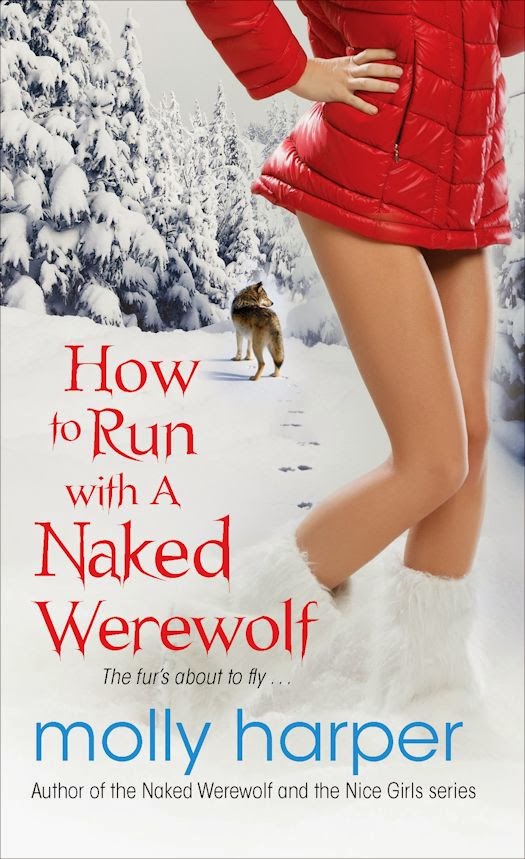 Anna Moder has just witnessed a shooting, seen her car pulverized, and rescued a wounded stranger only to discover he’s really a werewolf. And by her recent standards, things are actually looking up. Lycanthropes don’t faze Anna. Doctoring a wolf pack outside Grundy, Alaska, is the closest thing to home life she’s known in years. But hitching a ride to Anchorage with long-absent pack member Caleb Graham—that’s a risk. Part of her itches to whack his nose with a newspaper. The rest is trying unsuccessfully to keep her own paws off every delicious inch of him.

The problem is—Caleb employs his lupine tracking abilities as a notquite- legal bounty hunter, and Anna is suspicious of both him and his profession. On the run from her past, with old problems closing in, she’d like to stay far, far away from anybody with connections to the law. Caleb, however, seems determined to keep her close. Are his intentions noble, or is he working a more predatory angle?

Anna’s been dreaming of returning to a semi-normal life, but now she’s experiencing a strange new urge . . . to join Caleb in running with the wolves. 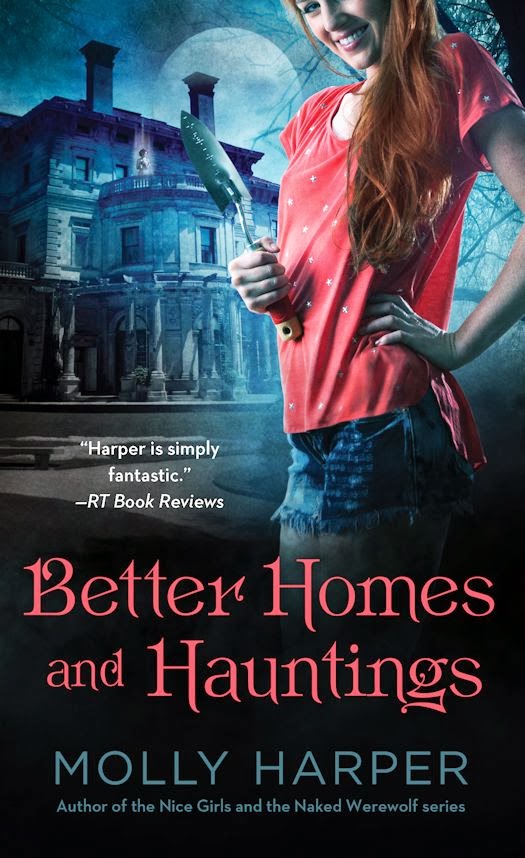 Author of the beloved Half Moon Hollow series of vampire romances (Nice Girls Don’t Have Fangs), Molly Harper has created a standalone paranormal romance in which a dilapidated haunted house could bring star-crossed lovers together—if it doesn’t kill them first!

When Nina Linden is hired to landscape a private island off the New England coast, she sees it as her chance to rebuild her failing business after being cheated by her unscrupulous ex. She never expects that her new client, software mogul Deacon Whitney, would see more in her than just a talented gardener. Deacon has paid top dollar to the crews he’s hired to renovate the desolate Whitney estate—he had to, because the bumps, thumps, and unexplained sightings of ghostly figures in nineteenth-century dress are driving workers away faster than he can say “Boo.”

But Nina shows no signs of being scared away, even as she experiences some unnerving apparitions herself. And as the two of them work closely together to restore the mansion’s faded glory, Deacon realizes that he’s found someone who doesn’t seem to like his fortune more than himself—while Nina may have finally found the one man she can trust with her bruised and battered heart.

But something on the island doesn’t believe in true love…and if Nina and Deacon can’t figure out how to put these angry spirits to rest, their own love doesn’t stand a ghost of a chance.

Molly Harper worked for six years as a reporter and humor columnist for The Paducah Sun. Her reporting duties included covering courts, school board meetings, quilt shows, and once, the arrest of a Florida man who faked his suicide by shark attack and spent the next few months tossing pies at a local pizzeria. Molly lives in western Kentucky with her family.

What:  One entrant will win Mass Market Paperback copy of How to Run with a Naked Werewolf from The Qwillery.

Who and When:  The contest is open to all humans on the planet earth with a mailing address. Contest ends at 11:59PM US Eastern Time on January 27, 2014. Void where prohibited by law. No purchase necessary. You must be 18 years old or older to enter.