Please welcome Rob DeBorde to The Qwillery as part of the 2012 Debut Author Challenge Guest Blogs. Portlandtown (A Tale of the Oregon Wyldes 1), Rob's fiction debut, will be published on October 16, 2012. 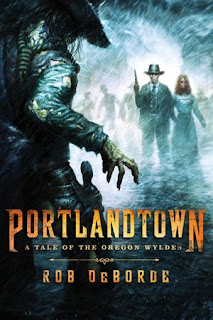 Zombie 3.0
I like zombies. Check that—I love zombies. I love the way they lurch. It’s both amusing and terrifying, usually at the same time. Sure, you can run, but a brisk walk is all you really need to get out of harm’s way. In that sense, the zombie experience is a lot like life: you’re going to die in the end, but if you’re smart and in reasonably good shape you’ll survive long enough to see most of the third act.

Given my fondness for dead things it should come as no surprise that my first novel prominently features more than a few perambulatory corpses. The primary villain, while not strictly a zombie, is definitely not a warm body. He has issues with the living. Go Team Zombie!

Imagine my concern upon hearing that zombies as a pop culture icon had recently been pronounced dead. According to those who track such things, the undead are well past their allotted 15 minutes and the time has come for a new monster to crawl out of our collective subconscious and onto a movie screen near you. While I can certainly understand the motivation to make such a claim, I’m not buying it. Bury them as deep as you want, zombies aren’t going away. They’re simply evolving.

The first wave of modern zombies arrived in 1968 with the release of George Romero’s Night of the Living Dead. That’s your classic zombie right there—pale, slow, relentless. It took a few years for the movement to get lurching (hey, they’re zombies), but by the time Michael Jackson was dancing in the street with a bunch of jazz-hand waving ghouls, the zombie menace had found its footing. And then a bunch of crappy movies made it go away.

The second coming of the undead was heralded by the release of the original Resident Evil videogame in 1996. Here were Romero’s foot-dragging slack-jaws returned from the dead, but somehow more terrifying (probably because they could actually kill you this time, albeit in pixilated form). Videogames led the charge with countless Z-rated titles, but the rest of pop culture eventually caught on giving us such seminal works as Shaun of the Dead, World War Z, The Walking Dead, and Plants Vs. Zombies. Zombies went mainstream and it was good. Until the media wonks decided record-setting television ratings and million-selling apps didn’t matter and declared them dead. Again. Welcome to Zombie 3.0.

Despite what you may have heard, the next invasion is already under way. The living dead are alive and well, they’re just no longer above the title. It turns out, you don’t have to make a movie about zombies to have zombies in your movie. Same goes for television, games, comics, and even books. You can write a story about an extraordinary family of booksellers living in Portland, Oregon in 1887 who occasionally do odd jobs that result in confrontations with the undead. It happens. And that’s good, because good stories are based on characters not calamity. As much as I love the lurch, my favorite zombie stories are those that put the heroes (or villains) front and center. 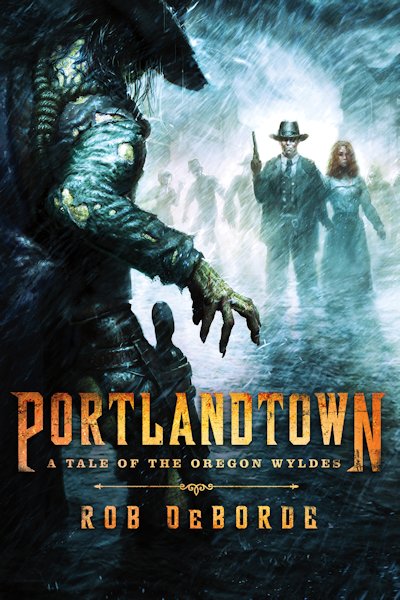 Welcome to Portlandtown, where no secret is safe---not even those buried beneath six feet of Oregon mud.

Joseph Wylde isn’t afraid of the past, but he knows some truths are better left unspoken. When his father-in-law’s grave-digging awakens more than just ghosts, Joseph invites him into their home hoping that a booming metropolis and two curious grandtwins will be enough to keep the former marshal out of trouble. Unfortunately, the old man’s past soon follows, unleashing a terrible storm on a city already knee deep in floodwaters. As the dead mysteriously begin to rise, the Wyldes must find the truth before an unspeakable evil can spread across the West and beyond. 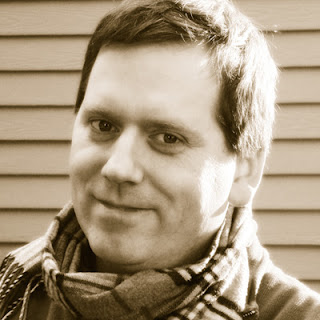 Rob DeBorde is the author of Portlandtown: A Tale of the Oregon Wyldes, a story of supernatural suspense, adventure, and zombies in the rain due October 16 from St. Martin’s Griffin. He also wrote a fish cookbook and a cartoon about an accident-prone octopus chef. Seriously. He lives upriver from Portland, Oregon and can be found online at www.robdeborde.com.