Guest Blog by Doyce Testerman - The Joy of Writing YA: An Outsider's Perspective

Please welcome Doyce Testerman to The Qwillery as part of the 2012 Debut Author Challenge Guest Blogs. Hidden Things was published on on August 21, 2012. 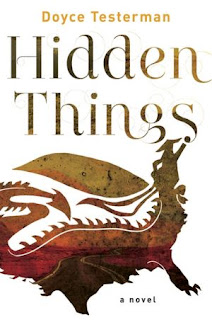 The Joy of Writing YA: An Outsider's Perspective

A few weeks ago, during an interview, someone asked me what I saw as the future of Urban Fantasy (we'd agreed, for the span of the interview, to pretend that Hidden Things was part of that genre, which is only true if you look at it from the right direction and squint a little, but that's okay).

My paraphrased response: "If it's very, very lucky, it's going to become something like YA."

This answer spun off of a conversation I've had with my wife, who knows a little bit about YA. Those types of books are a passion for her. I completely agree with this passion, but “YA” as a category of books makes me unreasonably jealous (as a writer of stuff-that-isn't-YA); it seems to me that the question of whether or not a book is YA (or middle-grade) pretty much boils down to “how old is the protagonist?” If the protag’s about the right age to fall within the target audience of such books, and the subject matter isn’t too dark, then you’re YA.

As I was saying, it bugged me, because the whole thing just kind of seemed like an excellent kind of cheating. We argued about discussed that for awhile, and the fruitful result of that conversation looked something like this.
Here’s what I mean. Take a look at your local book store. Or Amazon. Or whatever. Look at those signs over the book shelves. Mystery. Suspense. Literary Fiction. History. Science Fiction. Fantasy. Romance. Travel…

There, all by itself, with no subheadings to be seen, are all the books aimed at YA readers, lumped together. Sweet Valley High rubbing up against Twilight. Thirteen Little Blue Envelopes next to Two Minute Drill. Mockingjay halfway down the shelf from Diary of a Wimpy Kid.

Or, possibly, genius -- a pure gift to not only readers, but writers.

See, if I’m browsing for books in the local store, I go to the genres I enjoy, right? For me, that means I go poke around in the Science Fiction and Fantasy section for awhile – fine: a couple hours, whatever – and then I’m pretty much done.

The odds that I’m going to run across an interesting biography during that time? Low. The same goes for randomly picking up, reading the cover copy on, and buying No Country for Old Men, or the latest hot suspense thriller. Not going to happen. I have a friend who is a huge Stephen King fan, but until I mentioned it last week, she had no idea he’d written an nearly autobiographical book called On Writing.

Why? It’s in another section of the store from the one she normal visits.

But over in the YA section (of the bookstore or amazon.com or whatever), the odds of that sort of thing happening — cross-genre reader pollination, if you will — are exponentially higher, simply because everything under an incredibly broad umbrella is lumped together. It's really no coincidence that some of the best fiction out there right now is in YA, because the writer’s genre shackles are gone, the reader’s expectation are wide open, and in that kind of environment anything can happen.

Let me tell you about me-as-a-young-reader: William S. Burroughs? I was there. Random “sports” novels? Sure. Catcher in the Rye? Yep. Alfred Hitchcock collections? Of course. Stephen King? Heck yeah. Trixie Belden? All 34 books in the series, throw in the Hardy Boys and Nancy Drew as a snack, and chase the whole thing down with The Lord of the Rings. Then The Old Man and the Sea for dessert.

Today? I pretty much stick to my genres of interest.

Why? Well, mostly because I don’t see the other stuff.

I don’t think I’m any less voracious a reader than I was as a kid. I don’t think anyone is. But as adults we tend to read less broadly than we used to because as we allow ourselves to age out of the YA section, our reading selection gets segregated.

Then we buy less, because we’ve ‘read everything’.

Which brings me back to Urban Fantasy as the terrible (yet wonderful), almost uselessly broad genre heading that it is. This kind of vague categorization could become almost the same kind of catch-all treasure trove as YA. It's almost there, and the closer it gets the more it creates a wonderful head space where writers can can ignore genre entirely and just write; just do their best work and put it out there without worrying about which shelf it's going to end up on or whether it has 'too much' horror or not enough sullen vampire or way too many dragons hiding in otherwise unremarkable cornfields. A place where a reader can start browsing a few books down from an author they know and love and stumble over something really cool they've not only not read, but never even heard of.

What an amazing thing, if we could make our strange little sub-genre do all that. 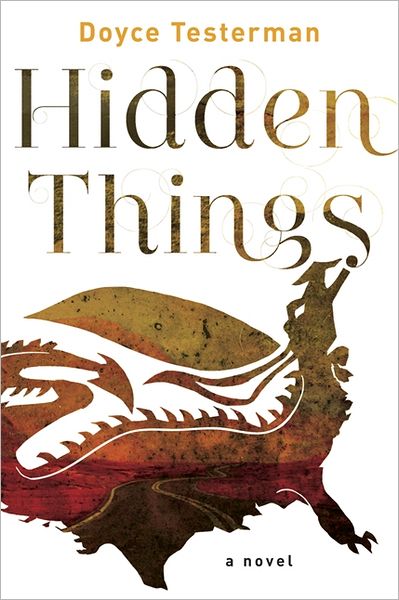 Watch out for the hidden things . . . That's the last thing Calliope Jenkins's best friend says to her before ending a two a.m. phone call from Iowa, where he's working a case she knows little about. Seven hours later, she gets a visit from the police. Josh has been found dead, and foul play is suspected. Calliope is stunned. Especially since Josh left a message on her phone an hour after his body was found. Spurred by grief and suspicion, Calli heads to Iowa herself, accompanied by a stranger who claims to know something about what happened to Josh and who can— maybe—help her get him back. But the road home is not quite the straight shot she imagined . . . 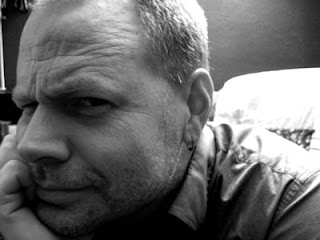 Doyce Testerman was born and raised in the wilds of South Dakota, where he developed an early and lifelong love affair with the written word, especially stories that included a bit more magic, mayhem, or mystery than one typically finds around a Midwestern farm. He moved to Denver in 1995, where he has steadily ceded control of his weekends to two dogs, his brilliant wife, and two astounding children. He has been a professional writer for over a decade, and his work has appeared in a number of online magazines related to pen-and-paper roleplaying games, computer games and MMOs, and fiction. Hidden Things is his first published novel.