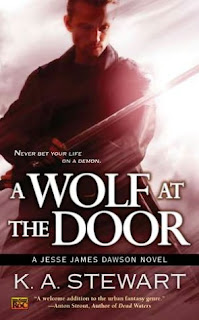 K.A.:  I have to do my hand writing or hard copy edits with pretty pens. Current preference is purple gel ink, but I’ve also been known to do deep red, or glitter, or… I have a pen problem.

K.A.:  Mostly plotter. I like outlines, I try to map a book out chapter by chapter before I really start writing it. That’s not to say that my books don’t veer wildly away from my outlines. Especially when some of my outlines say “Stuff happens here.”

K.A.:  Probably always the worry that what I’ve put on paper is not nearly as cool as what I see in my head. I worry a lot that I’ve failed the reader, by not adequately conveying what I intended to. It results in a LOT of revising, sometimes down to nitpicky things, and that’s the point where I know I have to let it go. Otherwise, I’d still be poking around with every stray comma for years on end.


TQ:  What inspired you to write the Jesse James Dawson series?

K.A.:  My husband. He wasn’t finding the kind of hero he wanted to read about in the current UF market, so I finally sat him down and said “Okay, tell me about the kind of guy you want to read about.” A couple hours later, we had Jesse James Dawson and his world.


TQ:  What sort of research do you do for novels?

In all seriousness, I try very hard to get things right, even if I know only one person in the world is ever going to know if I got that particular fact wrong. This includes having highly trained senseis demonstrate fighting moves on me, Google-Street-Mapping an entire driving route in an unfamiliar location, all kinds of things.


TQ:  Which character from the Jesse James Dawson series has surprised you the most?

K.A.:  Axel, actually. His first incarnation was comic relief, and then he pointed out to me rather forcefully that he was Way More Important than that. And I love him to death.

K.A.:  When Jesse goes to Hollywood to protect a starlet with a cache of sold souls, he must fight an enemy who could literally be anyone.


TQ:  Tell us something about A Wolf at The Door that is not in the book description.

K.A.:  In addition to his usual demon-slaying hijinks, Jesse is also facing a major potential change to his personal life. Way to divide a man’s focus!


TQ:  Without giving anything away, what is/are your favorite scene(s) in A Wolf at The Door?

K.A.:  Hard to pick a favorite, but one of the ones I’m pleased with was the night club scene with the waitress. Mostly because it is based on something that actually happened, and I shamelessly lifted it for my own purposes.


TQ:  The Jesse James Dawson series is Urban Fantasy. Are there any other genres or sub-genres in which you'd like to write?

K.A.:  I think I’ll always write fantasy or urban fantasy. That’s where my heart is. That’s not to say that I won’t expand to include more, if the inspiration strikes me, but I imagine I’ll always return home.

K.A.:  I don’t have any concrete news for the JJD series yet, but while I’m waiting, I’m working on several new projects that I’m really excited about, including a fantasy western and another UF series involving a supernatural fire fighter.

K.A.:  Thanks for having me! I love hanging out here! 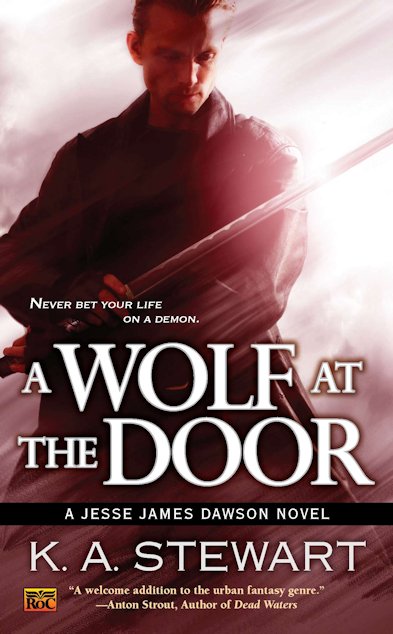 Jesse James Dawson was once an ordinary man until he discovered that demons were real, and fighting them meant putting his own soul on the line. His new case is a beauty: Gretchen Keene, a Hollywood starlet who’s become an unwitting catalyst in an all-out demon war. It’s not her soul Jesse needs to protect, but the two-hundred-and-seventy-six others she’s carting around—all the souls sold to spend just one night with the blonde bombshell. That’s a lot of baggage, although it might explain her meteoric rise to fame. And it’s all up for grabs by the demon world.

All Jesse has to do is keep her safe until New Year's. Sounds easy. But darkness is casting a nasty shadow in the California sun—a new unseen enemy is closing in and leaving Jesse to wonder: how do you fight something you can’t see coming? 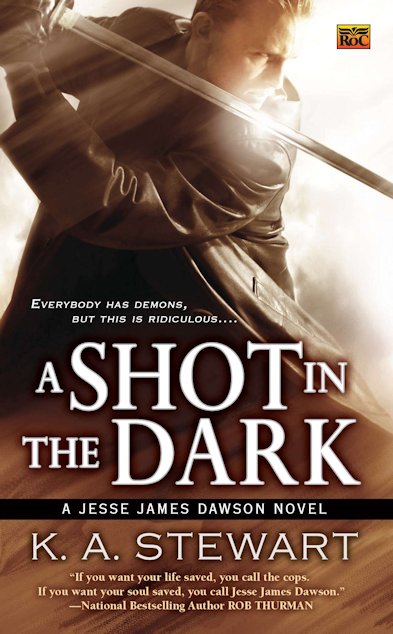 Jesse James Dawson's vacation is interrupted by a pack of hell-spawned creatures. To save friends, family and himself, Jesse will have to put his trust in his most dangerous enemy-his personal demon. 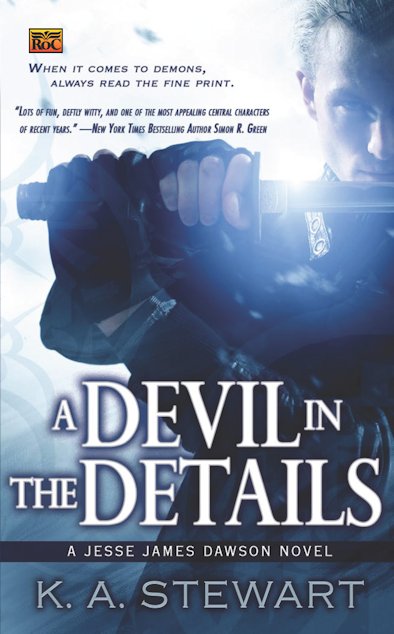 When it comes to demons, always read the find print.

Jesse James Dawson was an ordinary guy (well, an ordinary guy with a black belt in karate) until one day he learned his brother had made a bargain with a demon, Jesse discovered there was only one way to save his brother: put up his own soul as collateral, and fight the demon to the death

Jesse lived to free his brother-and became part of a loose organization of Champions who put their own souls on the line to help those who get in over their heads with demons. But now experienced Champions are losing battles at a much higher rate than usual. Someone has changed the game. And if Jesse can't figure out the new rules, his next battle may be his last... 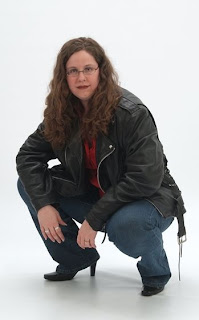 K.A. Stewart has a BA in English with an emphasis in Literature from William Jewell College. She lives in Missouri with her husband, daughter, one cat, and one small furry demon that thinks it's a cat.

What:  One commenter will win a copy of A Wolf at the Door (Jesse James Dawson 3) from The Qwillery.

Please remember - if you don't leave a comment your entry will not be counted.

Who and When:  The contest is open to all humans on the planet earth with a mailing address. Contest ends at 11:59pm US Eastern Time on Wednesday, August 15, 2012. Void where prohibited by law. No purchase necessary. You must be 18 years old or older to enter.


*Giveaway rules are subject to change.*
Posted by Qwill at 9:06 AM