Please welcome Tom Pollock to The Qwillery as part of the 2012 Debut Author Challenge Guest Blogs. Tom's debut, The City's Son (The Skyscraper Throne 1) will be published on September 8, 2012 in the US. 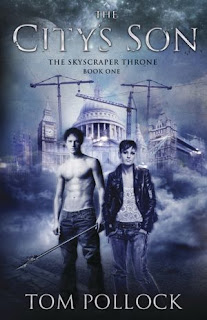 Three Stories You Probably Never Knew
Were Urban Fantasy
When I tell people I’m an Urban Fantasy writer, I’m often met with sceptical looks. It’s as if people have a mental picture of what UF stories ought to be, and the kinds of people who are supposed to write them, and despite The City’s Son featuring streetlamp spirits, run-away train ghosts and giant scaffolding wolves, I don’t match it.

Urban Fantasy is a strange category. Everyone kind of knows what it means, but it tends to get reduced to either Paranormal Romance or Paranormal detective fiction, Now, as much as I admire and like both of those kinds of stories, Urban Fantasy’s more than that, it’s the intersection of the mythic and the modern, magic and the mundane. It’s any story which brings the fantastical to our doorstep, or promises that there are more things in heaven and earth than are dreamt of in our year 10 physics textbooks.

So in the spirit of working with farther horizons, here are three stories you probably never knew were Urban Fantasy.


The Lion, The Witch and The Wardrobe by C.S. Lewis.

Before you all email me pointing it out, yes, I know Narnia’s a secondary world, but unlike middle earth, say, it’s a secondary world accessible from this one, and that makes all the difference. It’s delightfully bathetic third element in the title, the dusty bit of furniture in the spare room in the Professor’s house that makes The Lion The Witch and The Wardrobe, Urban Fantasy, but it’s not getting in on a technicality. Fundamental to the appeal of the book is the implicit promise it makes, ‘Find the right heirloom in your attic, and you too can be a King or Queen of Narnia’

If that wasn’t enough, Lewis continues to jumble up bits and pieces of the modern world in with his fantasy universe, even when the wardrobe’s been left behind. Sometimes this is consolatory (as in, don’t worry guys, you may be in an analogue medieval world, but the faun will still make you crumpets and tea.) but at other times it’s genuinely estranging, cutting the familiar thing loose from its real world anchors and making it weird. The single lamppost sitting in the middle of the snow-bound forest still gives me the shivers.


The Weirdstone of Brisingamen by Alan Garner.

This one’s probably not as familiar to those of you Stateside, but it’s a foundational text for thousands of Brits. In it, a brother and sister go to stay in the countryside for a summer, only to find the hills under their feet riddled with goblin tunnels, and witches and warlocks are hunting for them because an old family heirloom (again) is really the key to preventing the end of the world.

Weirdstone’s built up like a game of make believe, everything stands for something darker and more sinister: a local lake is really the lair of a dark magician, a rutted track is a charmed elf-road. As with the displaced streetlamp in Narnia, this is a way of escaping the mundane world by estranging it, making it more thrilling, more frightening and just plain more. Garner writes with such blistering conviction that every single ordinary thing his protagonists meet is heavy with a delicious sense of threat.


The Fire Eaters by David Almond.

With his father suddenly fallen ill, his new school a cruel and authoritarian place and the Cuban Missile crisis looming over the world, The Fire Eaters narrator Bobby Burns needs more than escapism, he needs a miracle. David Almond’s period story is probably the toughest case to make as urban fantasy, since there’s nothing overtly supernatural in it. Instead it trades in the feel of magic, of ritual, of midnight bonfires on the beach and in the ordinary, breathtaking magic that exists between best friends. All of these things combine to transport Bobby, and the reader. Using a magic-realism style honed on the more literally fantastical Skellig, Almond achieves the affect of an urban fantasy while skirting the edge of anything that would upset a nuclear physicist.


Hopefully that’s widened your UF horizons a little, are there any other titles, which, on reflection, you think I ought to have put it? 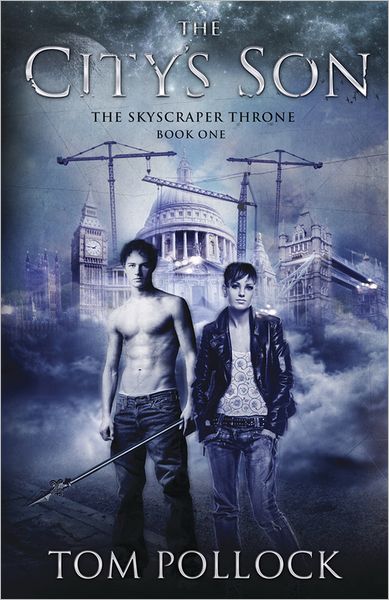 But it all teeters on the brink of destruction. Amid rumors that Filius’s goddess mother will soon return from her 15-year exile, Reach, a malign god of urban decay, wants the young prince dead. Helping Filius raise an alleyway army to reclaim his skyscraper throne, Beth soon forgets her old life. But when her best friend is captured, Beth must choose between this wondrous existence and the life she left behind. 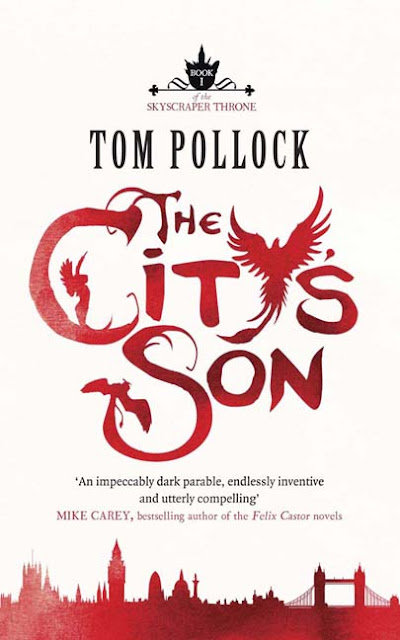 Inventor of monsters, hugger of bears, shameless prevaricator (i.e. fiction writer) Tom writes about strange creatures and unlikely friendships in the hidden corners of the city, and his first novel The City's Son, is released on 2nd August in the UK and 4th of September in the US. You can grab him on Twitter at @tomhpollock. Fair warning, he may pun at you. He's deplorable that way.


There will be a live online launch event for The City's Son with Tom on September 6, 2012, from 3-4 PM Central Standard Time. To participate on the 6th go to:  http://www.ustream.tv/channel/flux-author-chat
Posted by Qwill at 9:45 AM