Guest Blog by Douglas Nicholas - The Page and the Palantir

Please welcome Douglas Nicholas to The Qwillery as part of the 2012 Debut Author Challenge Guest Blogs. Douglas' debut novel, Something Red, will be published on September 18, 2012. 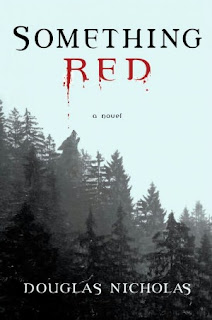 The Page and the Palantir
One of the things that I found myself thinking about in the last year or so—and wondering why I hadn’t before—is the magical aspect to reading. I knew vaguely that there was a point when I began to read smoothly as a child, and it was no longer something I had to think about doing as I did it, and that it became very enjoyable.

But recently it occurred to me that there’s a much more strange quality to a good reader. You open a book, you begin to read, you begin to see things unfold before your eyes. It’s like watching your own movie. And yet you’re also seeing the page! If there’s a felicitous turn of phrase, you can stop and appreciate it, seeing it as words on a page, black type against white paper. Then the shadow play resumes, and you’re once again seeing a scene that isn’t there.

How is it possible to see the page and yet see something else simultaneously? If you think I have an answer, dear reader, I don’t. I have read recently that, when summoning a scene before the mind’s eye—someone asks you if there’s a gas station near the library in the next town over, and you’re trying to envision it from memory—your optic nerve stops sending images from the outside world to your consciousness, and passes them to a low-level monitor in your brain. Meanwhile the optic nerve is stimulated directly by the re-created scene. If there’s an emergency, you are shunted back to the “live feed” from the real world. There may be something like this at work in the back-and-forth between the page as physical object and the page that functions as one of the palantir, the seeing-stones that enable visions of far-distant events in Tolkien’s Lord of the Rings.

In the selection below, taken from my new novel (pub date: September 18), Something Red, the boy Hob listens to a tale told by Molly, the Irish leader of a little troupe of travelers in thirteenth-century England. As she speaks, he begins to envision the scene as we readers do.

The action of Something Red takes place in a terribly bitter winter. However, the excerpt you are about to read is from a flashback chapter, recounting events of the summer before, when Hob was only twelve years old. The troupe, consisting of Molly, a woman in her early fifties, her lover Jack, a man in his late forties, Molly’s granddaughter Nemain, and the prentice boy Hob, is camped in a forest clearing on a night in late June.


Molly paused, and drank again from the jug.
“And they never saw the Beast again?” Hob prompted.
“They did not, surely.”
“And did he ever go on to the Holy City, Mistress?”
“He went to the lip of his own grave and that's no mistake. The Knights of St. John got him well enough to come home, but he was sore sick for a long weary time. There was little enough left of Jack when he found me at St. Audrey's Fair at Ely. You've seen the wee bag about his neck?”
“Yes. He let me see inside it once, Mistress,” Hob said.
Jack wore a thong about his neck, from which depended a little leather bag, and he took it off only when they went swimming in the hot part of summer. Hob had asked Jack about it one day, and the silent man had opened it to show him. Within were several small bunches of dried herbs, each tied with a lock of Molly's silver hair, and a little wooden figurine of a seated man, legs folded, with antlers growing from his head. In his hands he held out two serpents, whose heads were those of curl-horned rams.
“By the herbs in that bag, by potions I brew him up, by the power of the Horn-Man, Lord of the Beasts and a powerful god he is, Jack's relieved of the fevers he had from the bite of that Beast. Sure and had he not found me that feast day, there'd be no more Jack.” She gave a little laugh deep in that soft white throat. “He's man enough now, though, and a bit to spare.” 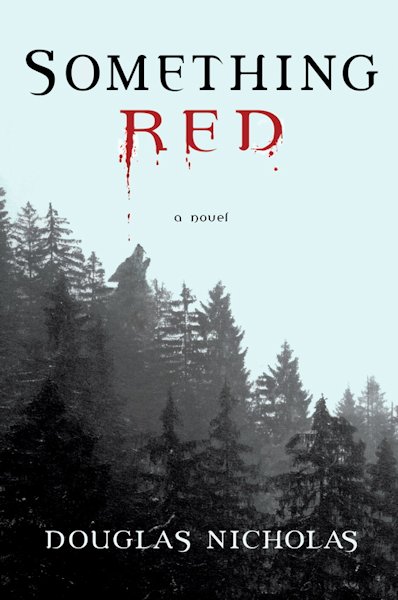 During the thirteenth century in northwest England, in one of the coldest winters in living memory, a formidable yet charming Irish healer, Molly, and the troupe she leads are driving their three wagons, hoping to cross the Pennine Mountains before the heavy snows set in. Molly, her lover Jack, granddaughter Nemain, and young apprentice Hob become aware that they are being stalked by something terrible. The refuge they seek in a monastery, then an inn, and finally a Norman castle proves to be an illusion. As danger continues to rise, it becomes clear that the creature must be faced and defeated—or else they will all surely die. It is then that Hob discovers how much more there is to his adopted family than he had realized.

An intoxicating blend of fantasy and mythology, Something Red presents an enchanting world full of mysterious and fascinating characters— shapeshifters, sorceresses, warrior monks, and knights—where no one is safe from the terrible being that lurks in the darkness. In this extraordinary, fantastical world, nothing is as it seems, and the journey for survival is as magical as it is perilous. 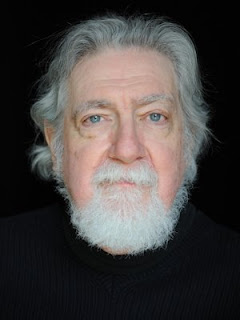 DOUGLAS NICHOLAS is an award-winning poet whose work has appeared in numerous publications, among them Atlanta Review, Southern Poetry Review, Sonora Review, Circumference, A Different Drummer, and Cumberland Review, as well as the South Coast Poetry Journal, where he won a prize in that publication's Fifth Annual Poetry Contest. Other awards include Honorable Mention in the Robinson Jeffers Tor House Foundation 2003 Prize For Poetry Awards, second place in the 2002 Allen Ginsberg Poetry Awards from PCCC, International Merit Award in Atlanta Review's Poetry 2002 competition, finalist in the 1996 Emily Dickinson Award in Poetry competition, honorable mention in the 1992 Scottish International Open Poetry Competition, first prize in the journal Lake Effect's Sixth Annual Poetry Contest, first prize in poetry in the 1990 Roberts Writing Awards, and finalist in the Roberts short fiction division. He was also recipient of an award in the 1990 International Poetry Contest sponsored by the Arvon Foundation in Lancashire, England, and a Cecil B. Hackney Literary Award for poetry from Birmingham-Southern College. He is the author of Something Red, a fantasy novel set in the thirteenth century, as well as Iron Rose, a collection of poems inspired by and set in New York City; The Old Language, reflections on the company of animals; The Rescue Artist, poems about his wife and their long marriage; and In the Long-Cold Forges of the Earth, a wide-ranging collection of poems. He lives in the Hudson Valley with his wife, Theresa, and Yorkshire terrier, Tristan.

Douglas Nicholas on Facebook and Goodreads
Posted by Qwill at 8:40 AM