Please welcome Adam McOmber to The Qwillery as part of the 2012 Debut Author Challenge Guest Blogs. The White Forest, Adam's debut novel, will be published on September 11, 2012. 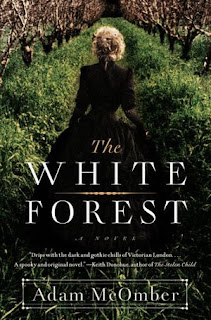 Inspector Francois Vidocq
In writing my novel The White Forest, which is set in and around nineteenth century London, I had a lot of fun pulling characters from actual history. It’s my hope that allowing real history to mix with fantasy adds another interesting layer to the book.

Inspector Francois Vidocq, who becomes a foil for Jane Silverlake, the main character of the The White Forest, was an actual nineteenth century criminalist and already has a long history of appearing in fiction. Victor Hugo used Vidocq as his model in Les Miserables for both Jean Valjean, the escaped prisoner, and Inspector Javert, the man who pursues him. Vidocq’s own history prompted this juxtaposition, as he was a master thief in his early life who later became a detective—claiming his nefarious past gave him a better understanding of the criminal mind.

In The White Forest, an aging Inspector Vidocq is brought from France to investigate the disappearance of Nathan Ashe, the son of Lord William Ashe, a prominent member of parliament. Nathan has disappeared under mysterious circumstances in a corrupt part of London, and Vidocq is asked to use his keen powers of logic and observation to investigate. The inspector infiltrates a cult in London’s Southwark which Nathan had become a member of after returning from a stint in the Crimean War. There, Vidocq finds some interesting connections between the cult and Jane Silverlake, Nathan’s beloved, whom he then begins to investigate. Jane wants desperately to escape the prying inspector, as it appears she has something to hide.

My primary interest in Inspector Vidocq came, not from the Les Miserable connection, but from his connection to Edgar Allan Poe. The White Forest takes cues from the otherworldly tradition of Poe, and I wanted to have Inspector Vidocq present as a nod to Poe’s mastery. Vidoqc is believed to have been the model for Poe’s own detective, Auguste Dupin, who appears in such stories as “The Murders in the Rue Morgue” and “The Mystery of Marie Roget.” I was drawn to this connection because Dupin uses his scientific and rational mind to cut through the ambiguities of cases that initially appear supernatural in origin. It occurred to me that, though Dupin acts to dispel the supernatural, he is also connected to it in some way, and if he ever came into contact with the actual presence of the supernatural, such an encounter would drive him to extremes.

Vidocq too is driven to extremes as he pursues Jane Silverlake, in his quest to understand her mysterious nature. This quest may prove to be the inspector’s undoing. 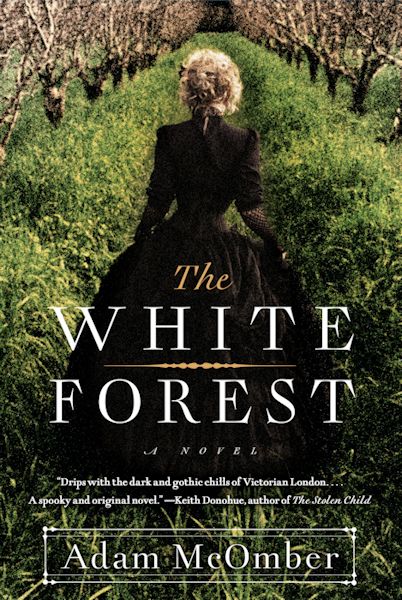 Young Jane Silverlake lives with her father in a crumbling family estate on the edge of Hampstead Heath. Jane has a secret—an unexplainable gift that allows her to see the souls of man-made objects—and this talent isolates her from the outside world. Her greatest joy is wandering the wild heath with her neighbors, Madeline and Nathan. But as the friends come of age, their idyll is shattered by the feelings both girls develop for Nathan, and by Nathan’s interest in a cult led by Ariston Day, a charismatic mystic popular with London’s elite. Day encourages his followers to explore dream manipulation with the goal of discovering a strange hidden world, a place he calls the Empyrean.

A year later, Nathan has vanished, and the famed Inspector Vidocq arrives in London to untangle the events that led up to Nathan’s disappearance. As a sinister truth emerges, Jane realizes she must discover the origins of her talent, and use it to find Nathan herself, before it’s too late. 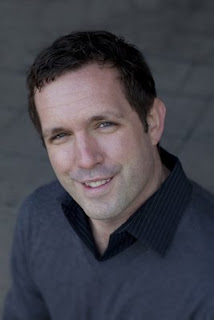 Adam McOmber teaches creative writing at Columbia College Chicago and is the associate editor of the literary magazine Hotel Amerika. Stories from his collection, This New and Poisonous Air, have been shortlisted for Best American Fantasy and nominated for two Pushcart Prizes in 2012. Visit www.AdamMcOmber.com.