Please welcome EeLeen Lee to The Qwillery as part of the 2020 Debut Author Challenge Interviews. Liquid Crystal Nightingale was published on March 17, 2020 by Abaddon. 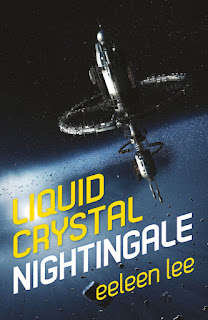 EeLeen:  A review of a film I had not seen – Tron (1982) – because I was seven years old and didn’t want to appear uncool to the other kids. The piece was so convincing the teacher made me read it out in class. But the joke was on all of us because Tron isn’t actually the film's protagonist, it’s the programmer Flynn as portrayed by Jeff Bridges.

EeLeen:  I’m more structure-based: plot is what happens in the story but structure is how you convey to the reader what’s happening. A plot maybe watertight but poor structure will undercut it. I allow my inner pantser to emerge when it comes to dialogue since it’s the flow is easier to revise than blocks of prose.

EeLeen:  Two things: 1) Trying not to be terrified of the blank page, and 2) Shutting off online distractions but not social media per se. On occasion I’ve become quite lost down the Research Rabbit Hole.

EeLeen:  Not all who break, shatter.

TQ:  Tell us something about Liquid Crystal Nightingale that is not found in the book description.

EeLeen:  The weaponry is strange and deliberately so: dance accoutrements, modified gemmological implants, and guns firing unusual projectiles. As with ships, weapons tend to be science fiction shorthand so I really wanted to get away from the clichéd lasers or pulse rifles.

TQ:  What inspired you to write Liquid Crystal Nightingale? What appeals to you about writing Science Fiction?

EeLeen:  The novel started out as an exercise: write about a couple of imaginary cities, à la Italo Calvino’s Invisible Cities. As soon as I started writing about a city that looked like a cat’s eye when seen from space, I had to continue it.

As I’ve mentioned earlier, I love science fiction concept art but I can’t draw or paint. So in writing I get to paint the images in my head with words.

TQ:  What sort of research did you do for Liquid Crystal Nightingale?

EeLeen:  Mining, asteroid mining and then speculations about off-world economies, dance, gemmology and geology, and materials science. My problem was deciding on what to leave out of the novel.

TQ:  Please tell us about the cover for Liquid Crystal Nightingale.

EeLeen:  The very talented artist is Adam Tredowski and his work is reminiscent of Mead and Foss. Tredowski’s paintings can be found on Deviantart https://www.deviantart.com/tredowski.

I’ve been asked if the space station on the cover is Chatoyance but it’s not because Chatoyance is written as a city settlement and not an orbital construct. The cover image isn’t entirely accurate in terms of the novel. But in retrospect the image inadvertently references the defence ring of military satellites called the Demarcation referred to in the novel.

TQ:  In Liquid Crystal Nightingale who was the easiest character to write and why? The hardest and why?

EeLeen:  The protagonist, Pleo Tanza, was the most difficult because I was expecting her to spring fully-formed from my imagination and onto the page after living in my head for years. This did not happen and rediscovering her character was like catching smoke with a butterfly net for six to nine months.

The two investigators, Dumortier and Nadira, were the inverse: they were not fully-formed in my head but the ease with which they took shape on the page surprised me. The more I wrote of them and as them I realised both of them were unintentional audience surrogates. It enhances reader immersion when even both characters, who are the most competent and experienced professionals (senior investigators), find themselves in over their heads by the events in the novel.

TQ:  Which question about Liquid Crystal Nightingale do you wish someone would ask? Ask it and answer it!

EeLeen:  I wish someone would spot and ask about the significance of the gemmological references in the novel, so I will highlight two: Pleo is named for pleochroism, a trait displayed by gems when they seem to possess varying colours when viewed from different angles. This is a great metaphor for her character. Dumortier is named after the palaeontologist Eugene Dumortier, and the mineral dumortierite is named after him. Dumortierite is a very reassuring deep denim blue, and that too, represented his character.

TQ:  Give us one or two of your favorite non-spoilery quotes from Liquid Crystal Nightingale.

“Our queen is in the crowd.”

EeLeen:  Thank you very much! 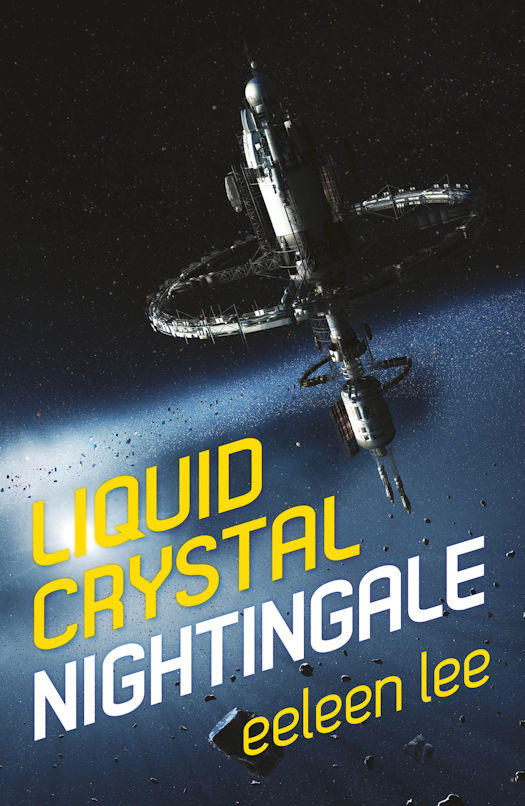 Pleo Tanza is a survivor. Her father was broken by tragedy, her twin sister is dead—chewed up and spat out by the corruption and injustice of Chatoyance—but she’s going to make it, whatever it takes. She’s going to get off this rock.

But escape is for the rich or lucky. Pleo’s framed for the murder of a rival student—the daughter of one of the colony’s wealthy, squabbling clans—and goes on the run, setting off a chain events that could destroy the fragile balance of the old colony forever… 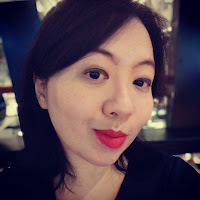 EeLeen Lee was born in London, UK but has roots in Malaysia. After graduating from Royal Holloway College she several years as a lecturer and a copywriter until she took the leap into writing. As a result, her fiction since has appeared in various magazines and anthologies in the U.K, Australia, Singapore and Malaysia, such as Asian Monsters from Fox Spirit Books, and Amok: An Anthology of Asia-Pacific Speculative Fiction. When she is not writing she can be found editing fiction and nonfiction, being an armchair gemmologist, and tweeting at odd hours.