Interview with Premee Mohamed, author of Beneath the Rising


Please welcome Premee Mohamed to The Qwillery as part of the 2020 Debut Author Challenge Interviews. Beneath the Rising is published on March 3, 2020 by Solaris.

Please join all of us at The Qwillery in wishing Premee a Happy Publication Day! 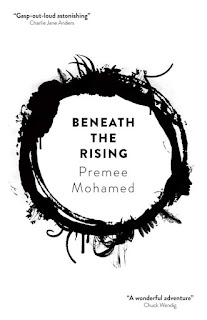 Premee:  I believe it was an illustrated picture book when I was seven or eight... it was about a cat who runs away from home and becomes a pirate (someone also steals his tail at some point if I recall correctly?). A coworker of my dad's gave me these alcohol-based drafting markers to colour it in with and I'm pretty sure I killed a whole bunch of brain cells.

Premee:  I used to be a pure pantser, but I think I would now say I'm a hybrid on my way to being a plotter, at least for novels. It's easy to put in about three signposts for a short story and then write whatever you want between them as long as those three things get hit, but I'm terrible for just having 'and then this happened, and then this happened' in a novel. I have so many novels from the last 20 years or so that just don't end! Now, I write landmarks in an outline document, and pants between them, which gives me the flexibility I like.

Premee:  So far, I'd say dealing with all the non-writing stuff... I had been writing for years but never wanted to get published, but I wish before I had decided that, I had researched taxes and receipts and organization and time management and contract language. There's a lot to learn on the fly and it all takes so much time away from the actual writing unless you keep on top of it!

Premee:  I read a lot, so definitely whatever fiction I'm reading at the time. And I read a lot of nonfiction as well, there's so much interesting writing out there. I probably have 5000 bookmarks, saved articles, tagged posts, and so on with 'Interesting for book!' (Of course, this means a lot gets missed, but I do intend to catch up one day!) Not so much movies or TV, which I don't watch much of, and I am not very current with what's out right now. My job, which is in environmental policy, is a constant source of ideas and conflict. And music for sure; I have dozens of short stories and at least one novella so far based on favourite songs or albums. 'Beneath the Rising' was definitely influenced by the science degree I was taking at the time, too, and how frustrating but exciting I found it. I miss those days of realizing just how much we didn't know we didn't know.

TQ:  Describe Beneath the Rising using only 5 words.

Premee:  "OK, I definitely fixed it."

TQ:  Tell us something about Beneath the Rising that is not found in the book description.

Premee:  The book description focuses on their friendship, which I think was my goal, but it doesn't talk much about everything trying to drive them apart as the events start to unravel: family responsibilities, ancient monsters, possessed thralls, international police, a worried assistant, bounty hunters, and a mysterious secret society. Even the weather, even the geography. Odds are way lower than they seem that everybody is going to make it out of this in one piece.

TQ:  What inspired you to write Beneath the Rising?

Premee:  Definitely my experience in university, I think. Coming to grips with everything we wanted to know about science and the ways we were limited by funding, time, labour, intelligence, memory, luck, but also the limitations of measuring techniques and available reagents. I think at least at first both Johnny Chambers herself, and the book, were purely wish-fulfillment: What would you do if you had most limitations removed from the research you were doing? And after that: But what if those gates and those gatekeepers are there for a reason? How could you get around them, and why would you think it was justifiable for you and only you to do that? What might happen as a result of all that power and disregard for risk? Do you have the right to risk things that aren't yours (say: the fate of the entire world) just because you want to?

TQ:  How does being a scientist affect (or not) your fiction writing?

Premee:  Abstractly, I think it continues to affect everything I write about and how I write. Not just in the ability to research and synthesize huge amounts of data from a wide variety of sources, including many that I would not have known about before studying science, but the ability to make logical jumps from ideas or facts and connect things, I think those are tremendously useful. Keeping correlation and causation appropriately apart is essential in my job, but pushing them together in interesting ways is essential in speculative fiction. Deriving the unexpected from the known, and helping people connect ideas in a new light, is always the goal.

TQ:  What sort of research did you do for Beneath the Rising?

Premee:  Well, I absolutely whiffed on the actual science; I read about three things related to clean-energy reactors and particle physics and made up the rest. (I hope no physicists read this novel. They will be very irritated with me.) But I spent a long time researching the places they were going. Encyclopedias, travel memoirs, the arts library at my university, National Geographics, and just asking around in the old days (the internet wasn't a lot of help in 2002). When I polished it up for querying in 2016, I also used a lot of blogs, city websites, Google Earth, and Twitter. It's so fantastic now to be able to be informed directly and without filters by the people who live there and take photos of their everyday life. I really hope I was able to use my research accurately and respectfully, while working with the limitation that it's in a universe in which Johnny Chambers and her science and her corporations have changed the whole world.

TQ:  Please tell us about the cover for Beneath the Rising.

Premee:  I love the cover! They asked me for input about it very early on in the process and I said I would love to see something graphic, and I didn't like the painterly style of covers which depicted the faces of the characters. Then that was the last I heard of it till it went live for pre-orders. The artist is James Paul Jones (@jamespauljones). I didn't realize, when I first looked at it, that there were silhouettes around the ring, and when I did I think I screamed out loud at my desk. It's so well-done. I've seen people comparing it to the language from the 'Arrival' movie, which I haven't seen. I think it looks more like the aftermath of a specific event in the book... readers will figure it out at about the same time I did, I think.

TQ:  In Beneath the Rising who was the easiest character to write and why? The hardest and why?

Premee:  This is such an interesting question! I think Nick was the easiest to write at the time. I constantly felt like him. I almost could have just transcribed my journals at the time: full of hope and expectations, having difficulty distinguishing between romantic and platonic love, feeling completely responsible for the safety and health of my younger sibling, severe anxiety, always wanting to do the right thing, loyal to a fault. Johnny was the hardest: not just that she was supposed to be more intelligent than me, but more intelligent than, supposedly, anyone; and that she had this awful, blatant disregard for other people's feelings and worries. It was fun to write someone so confident and have it often tip over into arrogance, but it was also tiring. I kept fretting that she was, somehow, secretly, me, just because she was the scientist character.

TQ:  Does Beneath the Rising touch on any social issues?

Premee:  I didn't think so at the time, seeing it as a basic adventure/fantasy story; but when I reviewed it in preparation for querying, I do think it touches on some fairly heavy stuff. Not merely classism, not merely the idea of assimilation after immigration (which Nick, like me, didn't think about much as a teenager), but also colonialism in general: what's the end result of empire? What do you get as a world, as a mindset, after centuries and centuries of people transporting, enslaving, mutilating, killing, suppressing, torturing, and erasing black and brown cultures and peoples for profit? Johnny doesn't think about it, clearly. But maybe she should.

TQ:  Which question about Beneath the Rising do you wish someone would ask? Ask it and answer it!

Premee:  No one's asking whether anything from the novel appears in any of my short stories! The answer is, yes, and you'll see it right away when you start looking for it!

TQ:  Give us one or two of your favorite non-spoilery quotes from Beneath the Rising.

Premee:  "I cannot believe that you have all this money and you don't have a secret getaway blimp for when monsters are watching the house," I said. "What's even the point?"

Premee:  I am working diligently on the sequel, which will be a very, very different book from the first one. After that I guess we'll see!

Premee:  Thank you for having me here! :) 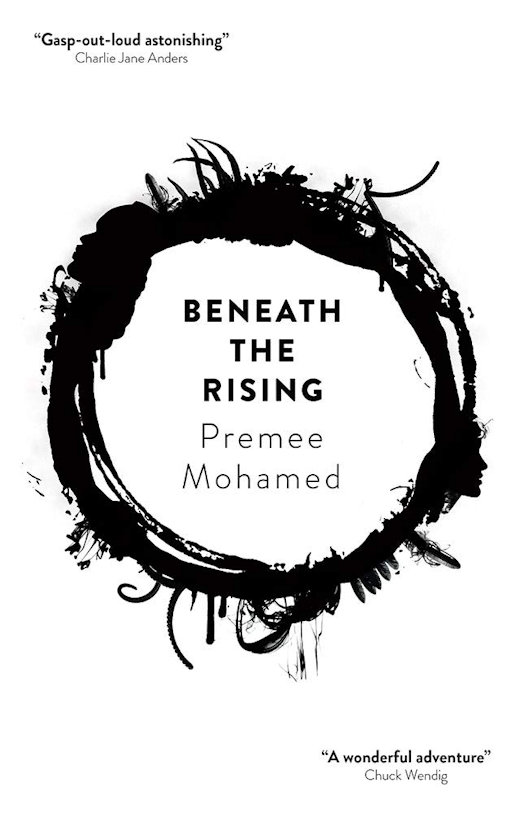 Nick Prasad and Joanna “Johnny” Chambers have been friends since childhood. She’s rich, white, and a genius; he’s poor, brown, and secretly in love with her.

But when Johnny invents a clean reactor that could eliminate fossil fuels and change the world, she awakens the primal, evil Ancient ones set on subjugating humanity.

From the oldest library in the world to the ruins of Nineveh, hunted at every turn, they need to trust each other completely to survive… 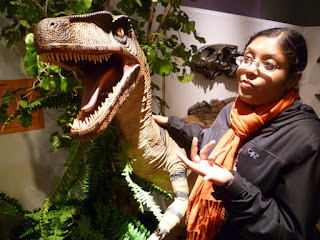 Premee Mohamed is a scientist and writer based out of Alberta, Canada. She has degrees in molecular genetics and environmental science, but hopes that readers of her fiction will not hold that against her. Her short speculative fiction has been published in a variety of venues, which can be found on her website.