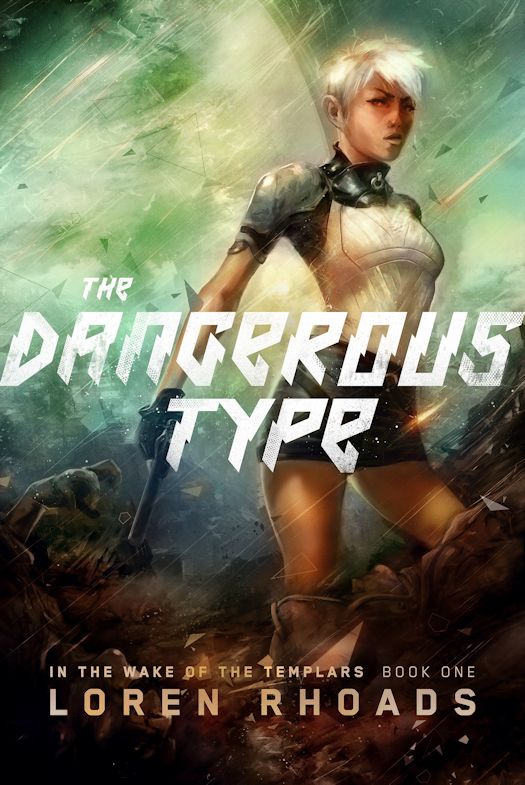 Entombed for twenty years, Reana, one of the galaxy’s most dangerous assassins, has been freed, and the first thing on her mind is revenge. At the top of her list is Thallian, the insane war criminal who enslaved Reana, turned her into a killing machine, and then ultimately left her for dead. When Thallian discovers that she has not only survived but also has escaped, he’s willing to risk everything—including his army of cloned sons—to bring her back under his control.

Gavin saved Reana once . . . only to lose her again to the clutches of Thallian. Since then he’s been alternately trying to forget her and desperately searching for her. Now that she’s free, he must come to terms with the fact that she might not be his, and perhaps never was.

Reana’s adopted sister, Ariel, is a child of wealth and privilege, as well as a gun runner who chose the right side of a galaxy-wide war that destroyed a human empire. She sent Gavin on his mad quest to find Reana in the first place, and now that she’s been found, Ariel doesn’t know if she can face either of them, or the truths she’s been running from since Reana was left for dead.

A brutal race to see who will kill whom first, The Dangerous Type is the explosive opening to Loren Rhoads’s action-SF-meets-space-opera trilogy.

The Dangerous Type is the first book in a new sexy science fiction trilogy by Loren Rhoads. We meet shady heroes attempting to find and save Reana from a long forgotten tomb in the hopes of rekindling long lost memories of the past. Somehow, after being entombed for twenty years, Reana looks as if she hasn't aged but quickly begins to fade and wither away only to find a reason to live, revenge. If it sounds a bit corny, it's because it is. From the start, this is a story that demands you suspend almost all belief.

The characters are all stereotypes without anything new to offer, and they're all sexy beyond belief. In fact, things got so steamy in this novel I began to feel dirty just from reading it. I couldn't make any connection to any of the characters, which made it hard for me to enjoy a good revenge tale.

There are some good action sequences but not enough to really make up for the shallow characters and the world building was nil to none, which made it impossible for me to get lost in the world. Rhoads mentions several times that the human race is the minority, but after reading the book I couldn't describe one of the countless aliens that supposedly inhabits her universe. There were plenty of things that could have made this a really great first book, but none of them were developed to the degree they should have been. For example, the idea of the Templars sounded cool, but she didn't explain it enough to build on it. The idea of humans being a minority could have been a cool idea, but I never felt like it was true. Even Reana, the main character who was supposed to be a deadly assassin and bodyguard that everyone was scared of, didn't really do anything to deserve all of this respect and fear until the end of the book, and by then it was too late.

The Dangerous Type is the perfect science fiction novel to give to your friend who loves to read hot and heavy romances. It could be a great gateway book to entice your friend who never thought they'd read science fiction. If you're like me and prefer your science fiction to focus on character depth and world building, I'd steer clear of this one. Due to the violence, use of adult language and holy cow amount of sexual situations, I would recommend it to adults only.