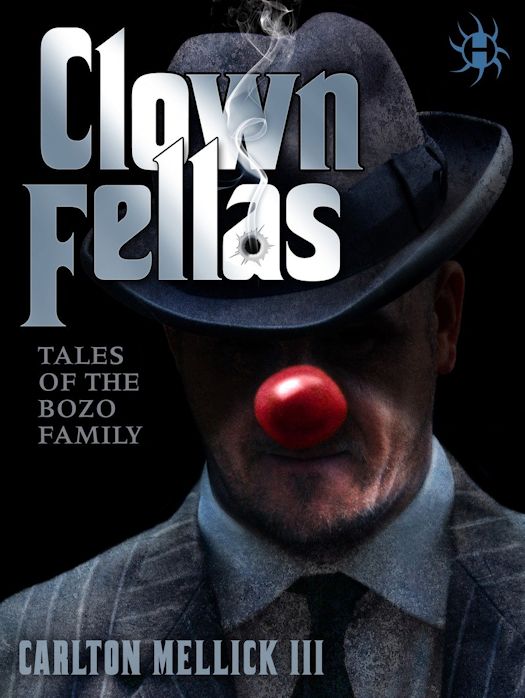 “Carlton Mellick III goes past silly, through weird, detours around dumb, blasts through bizarre, and gets to a place where the normal physics of narrative no longer apply. You will never be the same.”—Cory Doctorow, author of Little Brother and Homeland

In a topsy-turvy world where clowns are killers and crooks, Little Bigtop is a three-ring circus of crime, and no syndicate is more dangerous than the Bozo family. From the wildly original mind of Carlton Mellick III comes the short-story collection ClownFellas—an epic mob saga where life is cheap and the gags will slay you.

For years, the hard-boiled capos of the Bozo family have run all of the funny business in Little Bigtop, from the clown brothels to the illegal comedy trade. But hard times have befallen the Bozos now that Le Mystère, the French clown Mafia, has started moving in and trying to take over the city. If that weren’t enough, they’ve got to deal with the cops, the Feds, the snitches, the carnies, the mysterious hit man Mr. Pogo, and the mutant clowns over in the Sideshow district. With the odds stacked against them, the Bozos must fight to survive . . . or die laughing.

ClownFellas by Carlton Mellick III is broken into 6 interconnected tales which together tell a story about a notorious and dangerous mob - the Bozos who happen to be clowns and rule the Little Bigtop. These 6 stories are often outrageous and bizarre, ridiculously fun, and oddly engaging. Throughout the different parts of ClownFellas you learn about the genesis of the Bozos, their children, the extended Bozo crime family as well as Clown history, how comedy became illegal, the French clowns who are trying to muscle in on the Bozo’s territory, double crosses, and unexpected events.

ClownFellas is full of delightful and often odd surprises, flights of fancy, whimsy, deadly clowns, bizarre weapons, freaks, the grotesque, and more. Underneath all this are riveting stories that are all the more interesting because of clown politics and lifestyles. Each part of ClownFellas focuses primarily on one character though you see these characters throughout the entire novel. ClownFellas includes a list of of Ranks in the Bozo crime family – you won’t need it though. Every character is highly memorable, sometimes endearing, from Don Bozo (head of the Bozo family) to the other denizens of the Little Bigtop including some unusual pets.

Mellick's writing is wonderfully descriptive and wildly imaginative. He takes you along for an unforgettable ride in his own clown car stuffed with some of the most unusual characters and stories I’ve read in a long time. I was utterly delighted, amused, and engrossed in ClownFellas. ClownFellas is a gem!  Note: If you are afraid of clowns ignore the cover and read the book. 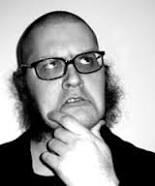 Carlton Mellick III is an oafish gentleman with the stylishest of sideburns. He is one of the leading authors in the bizarro fiction genre—a booming underground movement that strives to bring weird, crazy, entertaining literature to the masses. Imagine a mixture of David Lynch, Dr. Seuss, South Park, and Troma movies. He lives in Portland, Oregon.

Monday, July 13th: For the Love of Fictional Worlds