Please welcome Sean Chercover to The Qwillery with an excerpt of The Devil's Game, the 2nd novel in The Game Trilogy, which was published on June 16, 2015 by Thomas & Mercer. 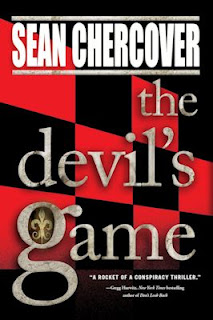 Today is a good day to die.
Daniel Byrne handed the counterfeit identification card to the soldier be-hind the metal desk. To the left of the desk another soldier stood blocking the solid steel inner door. Mounted to the cinderblock wall beside the door, an electronic palm-print reader. A third soldier—the one cradling an assault rifle—stood behind Daniel, blocking the larger metal door through which he’d entered, and which he knew was the only exit. They wore plain green uniforms, no identifying patches or insignia.
Today is a good day to die. But I’ve decided to stay alive until tomorrow.
The soldier at the desk examined the forgery, which identified Daniel as Colonel Walter Pomerance of the Defense Intelligence Agency, then tapped on the computer keyboard and looked at the screen. His mouth twitched once and he became very still. The sentry of the inner door moved his hand an inch closer to his holster.
The soldier at the desk said, “Sir, there’s no record—”
“Typical,” snapped Daniel. The persona he’d created for Colonel Walter Pomerance was that of an insufferable bastard—he would play the role all the way, whatever the outcome. “Is it too much to presume your computer is at least capable of providing you the phone number of the Pentagon?” He resisted the urge to adjust his uniform. Putting ice in his voice he added, “Don’t waste my time...Sergeant.” Forcing that last word, having no way of knowing if the man was in fact a sergeant.
During the pre-insertion briefing Raoul told him the one behind the desk would be a sergeant and said to address him by rank. And Daniel had just now bet his life of the accuracy of that intel. Intel provided by a man he’d known less than three months.
He raised his left wrist and pressed the button on the side of his watch—starting the chronograph—and shot the young man a look. From the soldier’s perspective, the move would scan as an ego-driven high-ranking officer tossing his clout around. But Daniel needed to track time. From the moment the soldier had entered Daniel’s cover name into the computer, he would have one hour. That is, if the Foundation computer geeks, tapping away furiously 538 miles away in New York City, were successful.
If they were successful, the phone call would be intercepted by the Foundation, who would also take control of the local computer network and upload the military file for Daniel’s legend—not a complete file, because much of the fictional Colonel Pomerance’s file would be classified even above the level of this place—but a file even more impressive for what was redacted than for what it contained. Colonel Walter Pomerance. A very powerful DIA spook.
Not a man whose time you wanted to waste.
Daniel watched a half-dozen seconds tick by—he loved the smooth micro-ticks of his new watch’s automatic movement—and when none of the three soldiers put a bullet in his head, he figured the guy was really a sergeant. He dropped his wrist to waist level.
The room was a perfect square, 20 feet wall-to-wall. No furniture beyond the steel desk and single chair, nothing on the desktop but the computer and a telephone. LED light fixtures set into the ceiling, protected by thick sheets of clear bulletproof plexiglass. Nothing on the walls. No military shields or symbols, no flags, no official portrait of the Commander-in-Chief. Of course, there wouldn’t be. Officially this facility, which ran twelve stories down into the earth, did not exist. Black Ops, according to the case file Daniel had spent two days studying. It was once a coalmine, and hundreds of West Virginia men and boys had died here in the early 1900s. How many men died here now, and what they died of, was not in the case file.
The sergeant at the desk picked up the telephone receiver and pressed a speed-dial button. He offered a verbal passphrase, paused for confirmation, and began to explain the problem. There was nothing Daniel could do now but act inconvenienced and wait for it to play out.
And breathe.
He took his mind back to the zazen meditation that had started his day. Sitting seiza—kneeling, sitting on his feet with his back straight and his hands cupped together in his lap—on the impossibly plush royal blue carpet of the Greenbriar hotel’s Congressional Suite. Counting breaths, mentally tuning out the riotous floral print that assaulted him from the draperies, headboard, duvet cover…the smell of coffee beckoning from his room-service breakfast table…the sound of a distant woodpecker working to find its own breakfast. Tuning out thoughts, worries, fears about the day ahead. Tuning in to counting breaths. Then moving past counting, tuning in to breathing itself.
Tuning in, to the now. 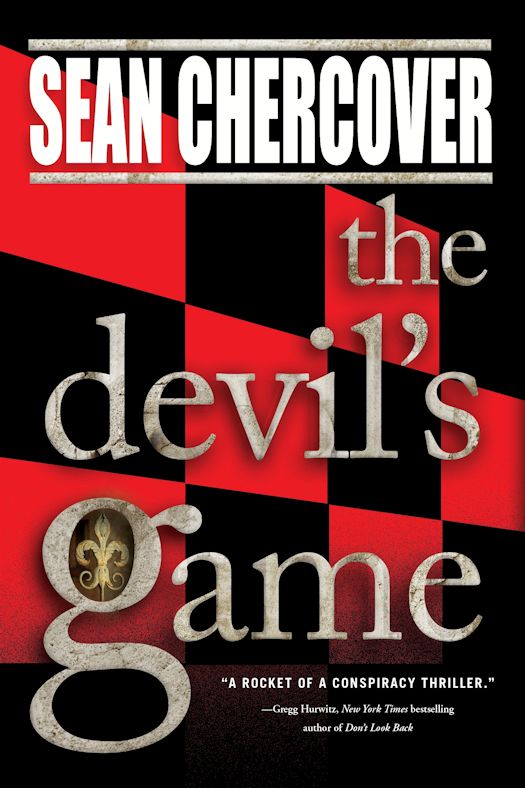 The universe is trying to tell us something.

Daniel Byrne spent ten years as a Vatican investigator, scrutinizing and debunking miracle claims—until he burned that life to the ground when one investigation shook his faith and revealed disturbing earthly conspiracies. Determined to find the truth, he steps into a new life of secrets and lies, joining a powerful group that wields hidden influence over world events.

Daniel infiltrates a covert government facility and uncovers a bizarre new strain of the Plague that seems to flood the minds of its victims with visions of the future. Teaming up with disgraced physician Kara Singh, a woman beset with inexplicable visions of her own, Daniel traces the root of this deadly pathogen around the globe, and discovers a terrifying truth.

In this fast-paced sequel to the bestselling The Trinity Game, can Daniel navigate a shadow world of secrets and conspiracy to stop a pandemic with devastating global consequences? 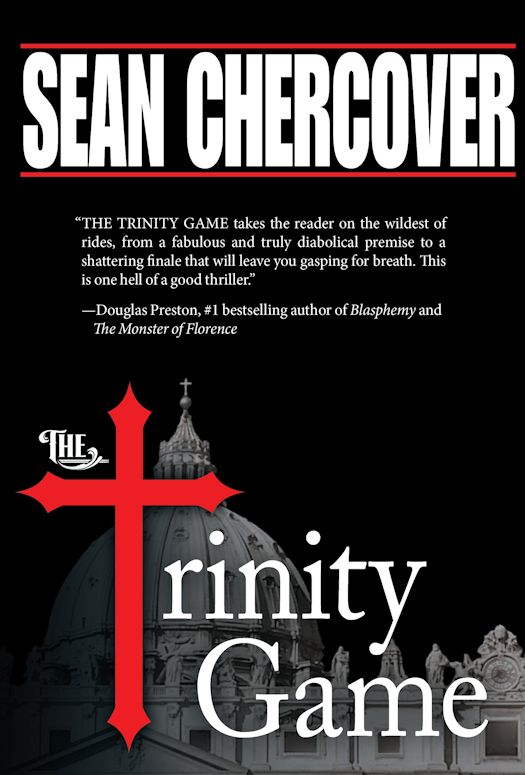 Daniel Byrne is an investigator for the Vatican’s secretive Office of the Devil’s Advocate—the department that scrutinizes miracle claims. Over ten years and 721 cases, not one miracle he tested has proved true. But case #722 is different; Daniel’s estranged uncle, a crooked TV evangelist, has started speaking in tongues—and accurately predicting the future. Daniel knows Reverend Tim Trinity is a con man. Could Trinity also be something more?

The evangelist himself is baffled by his newfound power—and the violent reaction it provokes. After years of scams, he suddenly has the ability to predict everything from natural disasters to sports scores. Now the mob wants him dead for ruining their gambling business, and the Vatican wants him debunked as a false messiah. On the run from assassins, Trinity flees with Daniel’s help through the back roads of the Bible Belt to New Orleans, where Trinity plans to deliver a final prophecy so shattering his enemies will do anything to keep him silent. 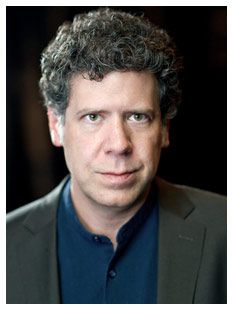 Sean Chercover is the author of the bestselling thriller The Trinity Game and two award-winning novels featuring Chicago private investigator Ray Dudgeon: Big City, Bad Blood and Trigger City. After living in Chicago; New Orleans; and Columbia, South Carolina, Sean returned to his native Toronto, where he lives with his wife and son. Sean’s fiction has earned top mystery and thriller honors in the US, Canada, and the UK. He has won the Anthony, Shamus, CWA Dagger, Dilys, and Crimespree Awards and has been short-listed for the Edgar, Barry, Macavity, Arthur Ellis, and ITW Thriller Awards.