Please welcome Rob Boffard to The Qwillery as part of the 2015 Debut Author Challenge Interviews. Tracer was published on July 16th by Orbit. 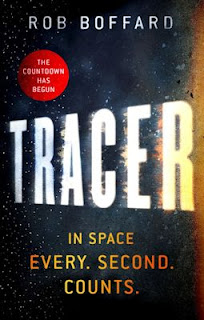 Rob:  I started writing when I was around seven years old, after a poem I wrote about an elephant got a really enthusiastic response from the teacher. It was essentially the earliest dopamine head I ever had, and I'm still chasing it.

Rob:  Little bit of both! I wrote TRACER based on an outline, which I drew up because I had absolutely no idea how to write a novel and just figured it would be the easiest way. What I've found since then is that outlines remain really helpful for working out the core events of the story, but that I'm a lot less hesitant to go off plan and to see where the story takes me. That's been happening more and more with my writing, and I welcome it, although I'm not certain I'll ever completely abandon the outline.

Rob:  Starting. Getting the very first line down in a writing session is absolute hell for me, and always has been. Once I get over that hump, it's normally smooth sailing, but it's really something I struggle with. It doesn't help that I'm not a morning person at all, and I somehow got into my head but I should do all my writing in the mornings. Go figure.

TQ:  You're a journalist and a rapper. How do either of these affect or not your fiction writing?

Rob:  Journalism was writing school for me. It taught me to write hard, right smart, write fast, and never miss deadlines. It helped me excise a lot of really terrible writing, simply because if I didn't, my editors wouldn't pay me. Rapping, which I still do from time to time, was even better. I still think a lot of fiction writers would benefit from learning how to write songs and put lyrics inside bars. It not only teaches you how to be creative in the constraints you've been given, but it teaches you the rhythm of words and how they sound together. Because I can rap, I can sense when words on a page aren't working together or are too similar. It really helps.

Rob:  I come from a classic mystery/thriller background, so Ed McBain and Jeffrey Deaver and Raymond Chandler form a big part of my influences. I'm also one of the biggest Stephen King fans on the planet, although there are hundreds of thousands of people who would say that these days.

Rob:  TRACER is the craziest, fastest scifi action thriller you'll ever read. The story has a V8 engine strapped to it, and it's on full power.

TQ:  Tell us something about Tracer that is not found in the book description.

Rob:  Riley (my hero) doesn't work alone. She's part of a tracer crew: a group of scrappy underdogs who live between the levels on the station. They've got her back, but they're in just as much danger as she is...

Rob:  Lot of questions there! Let's see… I wanted to set the novel on a space station because I've always been obsessed with space, and I got to thinking about what it would be like to live on a station that had been up there for a really long time. Really, it's an action thriller that just happens to be set on a space station. It's science fiction by accident, rather by design. I love scifi to death, but I never set out to write a science-fiction novel. I set out to write a novel that my sixteen-year-old self would geek out over.

TQ:  What sort of research did you do for Tracer?

Rob:  Loads. I consulted a genuine rocket scientist at a university in London to help get my space station straight. I spoke to a fusion reactor specialist to make sure that the power source was realistic. I consulted an entomologist about food sources, and a pair of freerunners about movement. Put this way: TRACER could totally happen.

Rob:  Riley was the easiest. I put myself into her, so it was relatively easy to work out how she reacted (although of course I exaggerated certain parts and tone down others). Darnell was probably the hardest to get right, because he's a really dark character, and while it was a lot of fun investigating his psyche it was also quite draining.

TQ:  Which question about Tracer do you wish someone would ask? Ask it and answer it!

Rob:  The one I've yet to see is whether TRACER counts as dystopian sci-fi or not. I'm not usually big into academic questions, but I quite like that one. It's easy to refer to the book as dystopia because everything is falling apart, but really, one of the key features of dystopia is an oppressive regime, and that's missing in TRACER. It's more like post-dystopia. There have been oppressive regimes in the station's history, but they were defeated, and the story in the book takes place along way down the track. It doesn't matter what government is in place: they're exactly the same boat as the people they are governing. Everybody's stuck there, and the current government, under Janice Okwembu, has more or less thrown in the towel.

TQ:  Give us one or two of your favorite non-spoilery lines from Tracer.

Rob:  I don't know if these are the best, but they're definitely my favourites...and yes, they both involve violence. So sue me.

“Who’d you get in a fight with?” Yao asks, squirming to her feet. “Everyone on the station? Did you win?”


My knuckles rip and tear and shred as his face explodes with blood and bruises.

Rob:  The sequels! We're wrapping them up now, and they are absolutely crazy. 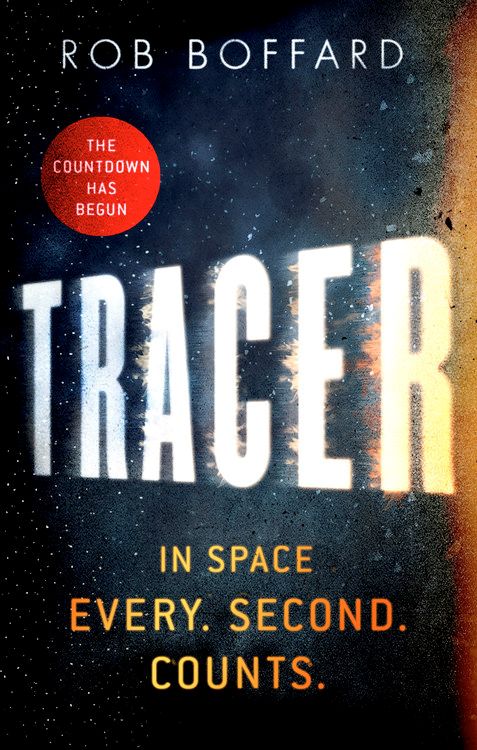 IN SPACE, EVERY. SECOND. COUNTS.

Our planet is in ruins. Three hundred miles above its scarred surface orbits Outer Earth: a space station with a million souls on board. They are all that remain of the human race.

Darnell is the head of the station's biotech lab. He's also a man with dark secrets. And he has ambitions for Outer Earth that no one will see coming.

Prakesh is a scientist, and he has no idea what his boss Darnell is capable of. He'll have to move fast if he doesn't want to end up dead.

And then there's Riley. She's a tracer - a courier. For her, speed is everything. But with her latest cargo, she's taken on more than she bargained for.

A chilling conspiracy connects them all.

The countdown has begun for Outer Earth - and for mankind.

Rob Boffard was born in Johannesburg in 1984. He grew up reading encyclopaedias for fun (he was that kind of kid). He quickly became obsessed with science fiction, action movies and speaking very loudly to anybody who would listen.

In high school, he added a new obsession to his list: hip-hop. While studying journalism at Rhodes University in South Africa’s Eastern Cape province, he was an active rap artist, and became one of the presenters on the longest-running rap radio show in Africa. After graduating in 2007, he moved to the UK with his longtime girlfriend, aiming to blow every spare cent they had on travel.

This endeavour was entirely successful, leaving them both broke but very happy. Rob did numerous jobs in the UK, including being a reader at a media analysis agency, and picking cigarettes up off a pub floor. He edited a London music magazine, got himself fired, and as a result undertook a very successful freelance career. In the past five or six years, he has written for The Guardian, Wired Magazine, Huck Magazine, the BBC, and io9. He has also worked on corporate copy for Google and Microsoft.

Rob continued to rap, and released a full album in 2011, entitled African. By this time, he had a successful second career as a sound engineer. This led to him working closely with a creative agency in London, Maple Street Studios, where he worked on campaigns for companies like EA Games, 20th Century Fox and more.

He began writing Tracer at the end of 2011, after realising that while he was quite happy being a journalist, he enjoyed the writing part most of all. It was the first book he had ever written. Orbit Books bought the rights to the trilogy, and the first novel is due to be released in July 2015.

Some more interesting facts about Rob: He permanently lost his sense of smell after falling out of a tree in Zimbabwe, aged four. He runs a hip-hop podcast. He once spent two months traveling 11,000 miles around the United States. He’s a really good cook. In junior school, he wrote to Nelson Mandela, complaining about having to study Afrikaans, and got a reply. He speaks Zulu, and French. He is the last person on the planet who collects CDs

Rob now splits his time between Vancouver, London and Johannesburg. He still loves action movies and science-fiction. He’s online at www.robboffard.com and on Twitter at @robboffard.