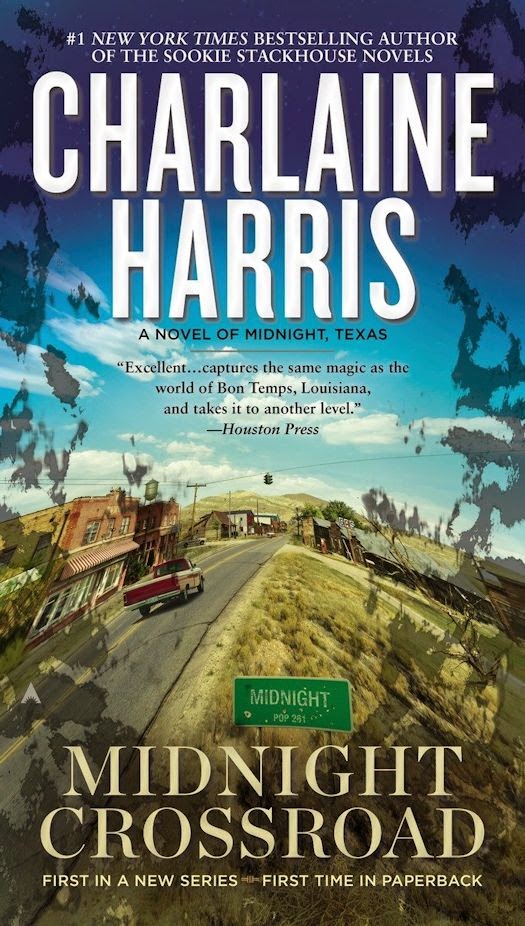 The #1 New York Times bestselling author who created Sookie Stackhouse and her world of Bon Temps, Louisiana, “is back with a vengeance” (Tangled Web) with this first book in an all-new trilogy—and inviting readers to an even darker place on the map…

Welcome to Midnight, Texas, a town with many boarded-up windows and few full-time inhabitants, located at the crossing of Witch Light Road and Davy Road. It’s a pretty standard dried-up western town.

There’s a pawnshop (someone lives in the basement and is seen only at night). There’s a diner (people who are just passing through tend not to linger). And there’s new resident Manfred Bernardo, who thinks he’s found the perfect place to work in private (and who has secrets of his own).

INCLUDES AN EXCERPT FROM THE NEXT NOVEL IN THE SERIES, THE DAY SHIFT

Midnight Crossroad is the first novel in Charlaine Harris' new series, Midnight, Texas. As the series title suggests, it is set in a town called Midnight (an extremely small town in west Texas) that is a also a crossroad at the intersection of Davy Highway and Witch Light Road. There are not many residents but everyone is there to be in either a safe place or to get away from something in their lives before Midnight. No one asks each other about her/his past and the residents of Midnight like it that way.

Midnight Crossroad is a terrific introduction to Midnight. We meet the people already living there and the new guy in town, Manfred Bernard (a psychic). If you've read other series by Harris you will recognize Manfred from her Harper Connolly series and Bobo Winthrop from the Lily Bard series. Midnight Crossroad is set in a post-Sookie Stackhouse world and meets at some tiny intersection of the Sookie, Lily Bard and Harper Connolly worlds.

Manfred has just moved to Midnight for reasons unknown. In addition to Bobo and Manfred, the wonderful ensemble cast includes Figi Cavanaugh who owns the The Inquiring Mind (new-Age shop) and teaches classes; Lemuel Bridger who and rents an apartment from Bobo and works nights at Bobo's pawnshop, Midnight Pawn; the Reverend Emilio Sheehan; Joe Strong and Chuy Villegas, who own the Antique Gallery and Nail Salon; Madonna Reed and Teacher who own Home Cookin Restaurant (the only restaurant in town); and Olivia Charity who also rents an apartment from Bobo. These are the core residents of Midnight. In addition there are Shawn Lovell and his children Creek and Connor who run the Gas N Go. Connor is in school and Creek often waits tables at Home Cookin. They both help their Dad at the Gas N Go. There is also a fabulous cat named Mr. Snuggly who is owned by or perhaps owns Fiji.

Things are quiet and calm in Midnight until a body of a missing resident is discovered. This brings police and unwanted attention to the town. Midnight is full of secrets and no one wants theirs revealed to the outside world. There are several subplots to the story in addition to the murder mystery. Harris uses these to flesh out a number of the characters and help us learn more about them. Some of the residents are supernatural or have supernatural powers. Others may be merely human. None of them should be underestimated when it comes to helping each other out...usually.

The mystery was intriguing as were the side trips to other smaller plots. I really enjoyed getting to know about each of the characters. Some of my suspicions about Midnight's residents where confirmed but Harris does not reveal all about them in Midnight Crossroad.

As I expect from a Charlaine Harris novel, the pacing was terrific. Her characters are vividly drawn  and are from a variety of backgrounds, races, orientations and species. Midnight Crossroad is a fun introduction to the slow and appealing world of Midnight, Texas. 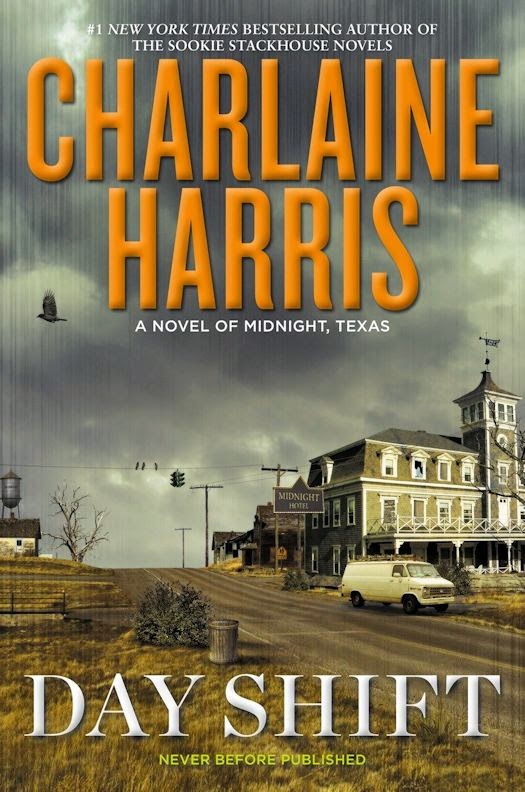 In Midnight Crossroad, Charlaine Harris “capture[d] the same magic as the world of Bon Temps, Louisiana, and [took] it to another level” (Houston Press). Now the #1 New York Times bestselling author of the Sookie Stackhouse novels returns to the one-traffic-light town you see only when you’re on the way to someplace else…

There is no such thing as bad publicity, except in Midnight, Texas, where the residents like to keep to themselves. Even in a town full of secretive people, Olivia Charity is an enigma. She lives with the vampire Lemuel, but no one knows what she does; they only know that she’s beautiful and dangerous.

Psychic Manfred Bernardo finds out just how dangerous when he goes on a working weekend to Dallas and sees Olivia there with a couple who are both found dead the next day. To make matters worse, one of Manfred’s regular—and very wealthy—clients dies during a reading.

Manfred returns from Dallas embroiled in scandal and hounded by the press. He turns to Olivia for help; somehow he knows that the mysterious Olivia can get things back to normal. As normal as things get in Midnight…

Day Shift, the second Midnight, Texas, novel ratchets up the action. This novel focuses primarily on Manfred Bernardo and Olivia Charity. Manfred is in trouble after a client dies during a reading at a hotel in Dallas. He's accused by the deceased's son of not only murder but of stealing valuable jewelery. The alleged murder of Manfred's client once again brings unwanted attention to Midnight. The residents meet and Olivia is picked to do something about this situation because of her unique talents which are revealed in Day Shift. We get a lot more background information about Olivia in this novel. She is fascinating and frightening.

Additionally a long abandoned very small hotel in Midnight is being renovated to serve as short-term care for the elderly as well as a hotel. The reasons why are both a mystery and a huge annoyance for the residents who like things quiet in Midnight. The hotel renovation is finished in record time and the three short-term care residents move in. Their interactions with the Midnight residents is often comical and leads to an amusing road trip.

While all this is going on a child is left with Reverend Sheehan. Residents help the Reverend since he apparently has no clue how to take care of a kid. It's nice to see the residents step up and help each other. That is actually one of the charms of Midnight - a strong (small) community that looks out for each other.

The murder mystery plotline is resolved well with a terrific twist. I'm curious to learn more about the hotel hopefully in the 3rd book of the trilogy. Sookie fans are in for a treat in Day Shift as characters from that series show up. We also learn a lot more about the Reverend as well as Chuy and Joe, which confirmed some of my suspicions from the first novel.

Day Shift is a terrifically fun and engaging read with mystery, intrigue, quirky characters, and a huge dose of the paranormal.


Note: I recommend that you read Midnight Crossroad first.

What:  One entrant will win a Mass Market Paperback copy of Midnight Crossroad by Charlaine Harris from the publisher. US ONLY

Who and When:  The contest is open to all humans on the planet earth with a US mailing address. Contest ends at 11:59 PM US Eastern Time on May 17, 2015. Void where prohibited by law. No purchase necessary. You must be 18 years old or older to enter.