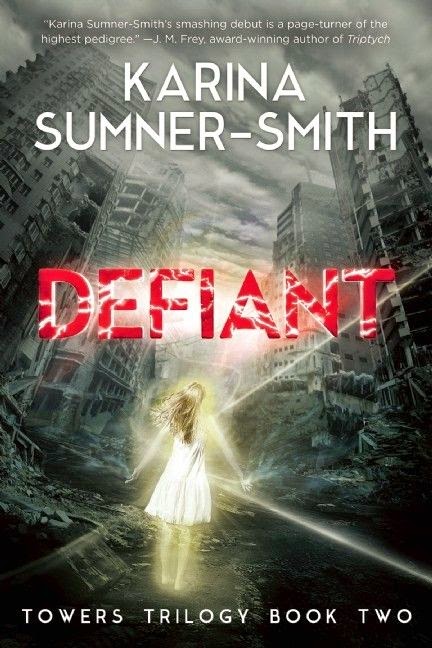 All the reasons I loved the first book in the Towers Trilogy still held true for Defiant, Karina Sumner-Smith’s follow up to Radiant.

We pick up shortly after we left off in Radiant following Xhea and Shai’s recent daring escape from the City above. The story maintains a fast pace as we follow their struggle to survive separately and together in a system and society that is designed to enslave them for the ‘greater good’. While Xhea and Shai may be out of the hands and off the immediate radar of the Towers above, the city below has uses for a ghost that produces more magic than most of the people of the lower city combined and a girl who can sneak about below the ground where other magic users fear to tread.

Many series expose the entire plot early on and you struggle to get peaks at the overarching plot moving forward, but I think Sumner-Smith does a brilliant job of feeding small bits of information about the larger story arcs and concerns into the storyline of each individual book. It reminded me of waiting for a certain dark purple tulip to bloom in my garden, each time I remember it I go to check and in the process I find a host of other flowers that take my attention. I don’t find I am disappointed that this flower hasn’t bloomed just yet, it just gives me something to look forward to tomorrow.

Sumner-Smith takes the opportunity to follow the characters separately and develop Shai’s character more than in the first installment, which I heartily applaud as I felt this was one of the areas that could use some development. Along those lines we definitely see a lot of development from Xhea - from a character unconcerned with the consequences of her choices to one who begins to come to terms with her ability to impact the world around her.

One of the lingering questions for me is about power. I hope the author continues to explore and question the experience and power dynamics of society, as so many great authors of speculative fiction tend to do.

In a story that has a lot of the usual dystopian subplots about questioning the role of government and existing social norms I find I am not quite convinced the Towers Trilogy so far does more than give this a passing nod. While Xhea is a character without the traditional and magical forms of power and prestige in this world and Shai is her polar opposite I think this dialogue is buried in the adventure. I felt in the first book Xhea’s struggle to find a way to survive in the system and her struggles as a disadvantaged person came through clearly. In Defiant Xhea is too easily distracted by the scars a lifetime of struggling leaves even after you gain access to some form of power. I would also argue that Shai hasn’t really had to struggle to come to terms with her privilege. Her development of a noblesse oblige in this novel is a little too cotton candy for me. It leaves me feeling like I need something more. Maybe I am asking for too much, but I think given the level of skill the author has presented so far I don’t think it is outside the realm of the possible.

Again, I really enjoyed Defiant. The world building and pacing so far are superb. 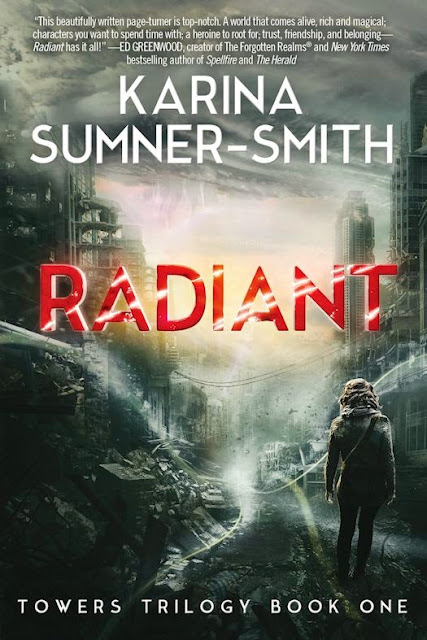