Interview with Anton Strout, author of The Simon Canderous Novels and The Spellmason Chronicles - May 15, 2015


Please welcome Anton Strout back to The Qwillery. If you are a fan of Anton's Simon Canderous novels (covers and links below the giveaway) you'll be happy to find a Simon story in the Blackguards: Tales of Assassins, Mercenaries, and Rogues anthology from Ragnarok Publications. The anthology was successfully funded via Kickstarter and is now available for purchase. Full disclosure: I backed the anthology on Kickstarter. 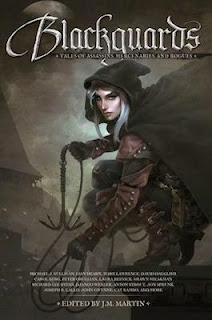 TQ:  Welcome back to The Qwillery. I've just received my copy of Blackguards and am thrilled to see that there is a Simon Canderous story in the anthology. Tell us about "Scream" without being spoilery!

Anton:  Scream is a tale of psychometrist Simon Canderous’ early days as a thief of some renowned, a bit before he joined NYC’s Department of Extraordinary Affairs. We meet a familiar batshit crazy face or two from his past that readers familiar with the series may recognize from Deader Still.

TQ:  What was it like for you to return to writing Simon? Can we look forward to additional stories featuring Simon in the future?

Anton:  I love writing Simon. He is, after all, novel-ally speaking my first born. Short stories allow me to tell one off tales of his adventures or paint the larger picture of his life fighting evil (always coming in under budget—mostly)… stuff that wouldn’t fit into the existing novels or which distracted from the main plot.

I’d love to write another Simon book, what with Dead Waters really twisting the tale in a new direction, but it comes down to time and money. If a publisher wants to throw down for it, I’m game, but unless I Kickstart it, it’s hard to get a new book going in that series with all my other commitments these days.

TQ:  How has your writing process changed from Dead to Me (2008) to now? Are you a plotter, panster or hybrid ploster? What is the most challenging thing for you about writing?

Anton:  I knew how to write a book, one cohesive story, but no one really teaches you how to write an ongoing series. I started out as a pantser… but when you’re working longevity over a series and storylines that take multiple books to pay off on certain plotlines, you need to become more of plotter for sanity’s sake. That said, I am a minimalist plotter. I write down a very basic one line per scene of “in which ____ happens” because I need room to surprise myself during the writing process. Otherwise, I feel like I’ve written a short story of the novel and don’t need to write the damned novel itself. It’s amazing to me how our minds mess with us.

TQ:  You are the host of the Once & Future Podcast. Please tell us about the podcast. Does it affect your writing in any way?

Anton:  I draw a lot of inspiration from talking with my fellow authors on the podcast. Hearing how they overcome their personal writing obstacles helps me with mine. And it soothes my writerly soul to hear New York Times bestsellers say that 20+ books in they still have some of the same doubts, fears, issues that I have now. Knowing they don’t go away but that you still can succeed despite those problems is very encouraging to me and my writing process.

Anton:  Well, Blackguards is out now, as you mentioned. Later in the year I believe Mech will be out from Ragnarok. That’s a follow up to their very successful Kickstarter for Kaiju Rising. Then next year I’ll be in Shadowed Souls, an anthology edited by Kerrie Hughes and urban fantasy icon Jim Butcher. That will be an early days of Simon in the Department of Extraordinary Affairs tale… I’m also working on a YA Dickensian Steampunk Voltrony novel and a science fantasy one, but they’re not sold or scheduled anywhere yet.

Anton:  Thanks for letting me through the door once again! 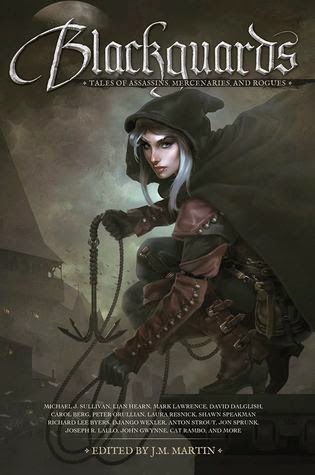 A FANTASY ANTHOLOGY featuring the deadly, the worldly, and the sneaky. BLACKGUARDS consists mainly of stories in established series, and the authors range from wildly successful indie authors to New York Times bestsellers.

If you enjoy roguish tales of scoundrels and ne'er-do-wells, many of them set in established worlds, BLACKGUARDS is for you! 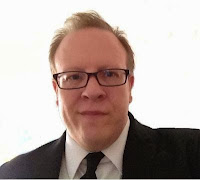 Fantasy author Anton Strout is the author of the Simon Canderous urban fantasy detective series and The Spellmason Chronicles for Ace Books, a division of Penguin Random House. Anton is also the scribbler of short, mad tales published in a variety of anthologies.

The Once & Future Podcast is his latest project, where he endeavors as Curator of Content to bring authors to listener's ear holes one damned episode at a time. 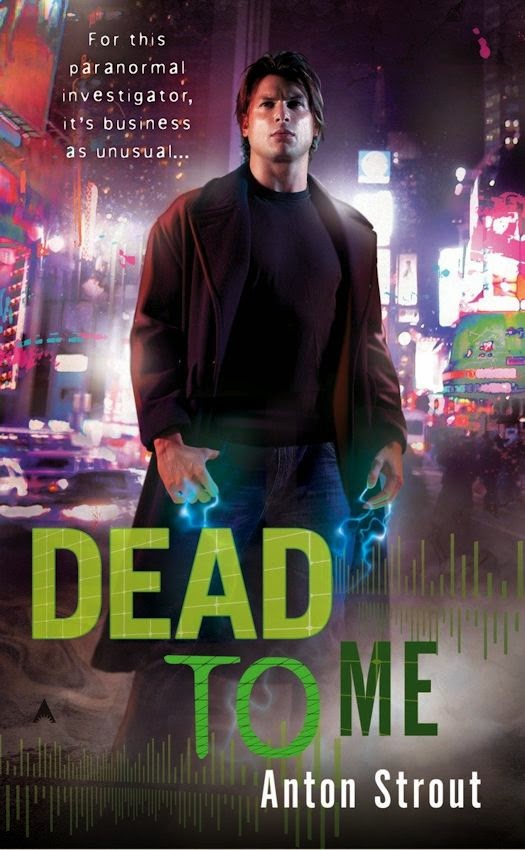 A new urban fantasy featuring a man working on the right side of law-with talents that come from left field.

Psychometry-the power to touch an object and divine information about its history-has meant a life of petty crime for Simon Canderous, but now he’s gone over to the good side. At New York’s underfunded and (mostly) secret Department of Extraordinary Affairs, he’s learning about red tape, office politics, and the basics of paranormal investigation. But it’s not the paperwork that has him breathless.

After Simon spills his coffee on (okay, through) the ghost of a beautiful woman- who doesn’t know she’s dead-he and his mentor plan to find her killers. But Simon’s not prepared for the nefarious plot that unfolds before him, involving politically correct cultists, a large wooden fish, a homicidal bookcase, and the forces of Darkness, which kind of have a crush on him.. 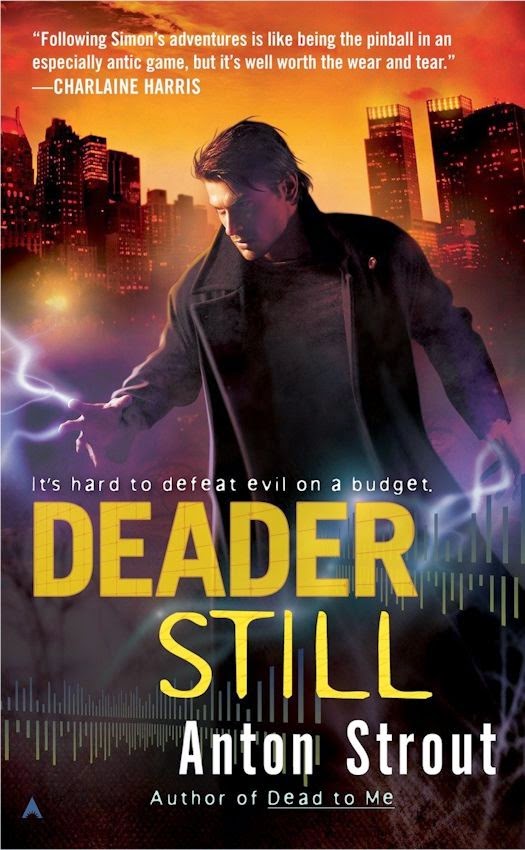 FROM THE AUTHOR OF DEAD TO ME.

It’s been 737 days since the Department of Extraordinary Affairs’ last vampire incursion, but that streak appears to have ended when a boat full of dead lawyers is found in the Hudson River. Using the power of psychometry—the ability to divine the history of an object by touching it—agent Simon Canderous discovers that the booze cruise was crashed by something that sucked all the blood out of the litigators. Now, his workday may never end—until his life does. 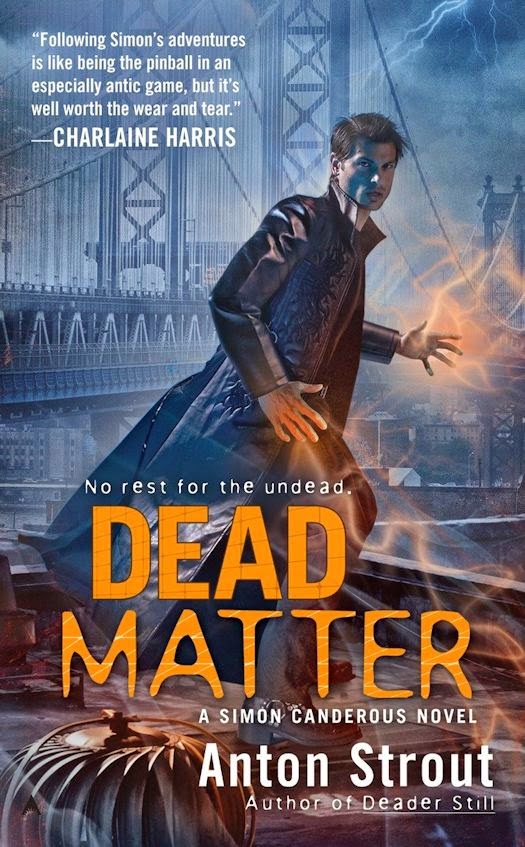 Shaking up the spirits of Manhattan

The spirit populace of Manhattan doesn't appreciate its well-deserved RIP being disturbed, and Department of Extraordinary Affairs Agent Simon Canderous is sent in to do damage control. Meanwhile, his vacationing partner, Connor Christos, is in a sorry state, and he tells Simon that each night he's being haunted by visions of his long-lost brother at his window. Simon is worried that his partner may be going crazy-or worse, maybe he's not... 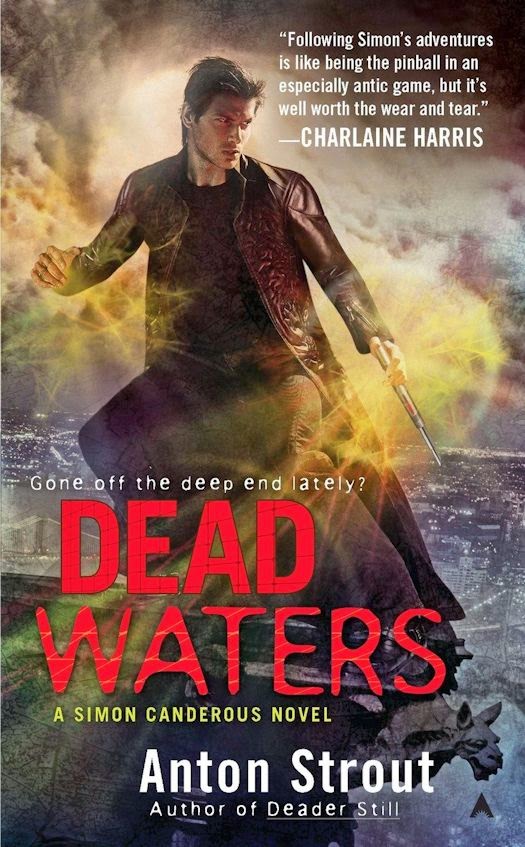 Simon Canderous, of the Department of Extraordinary Affairs, is used to fighting vampires and zombies. But the strange murder of a professor has everyone stumped. And it’s making some people crazy. Literally. 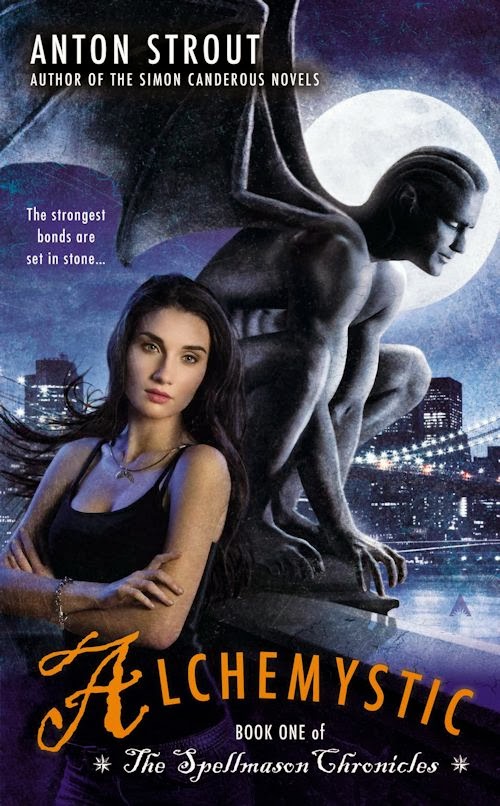 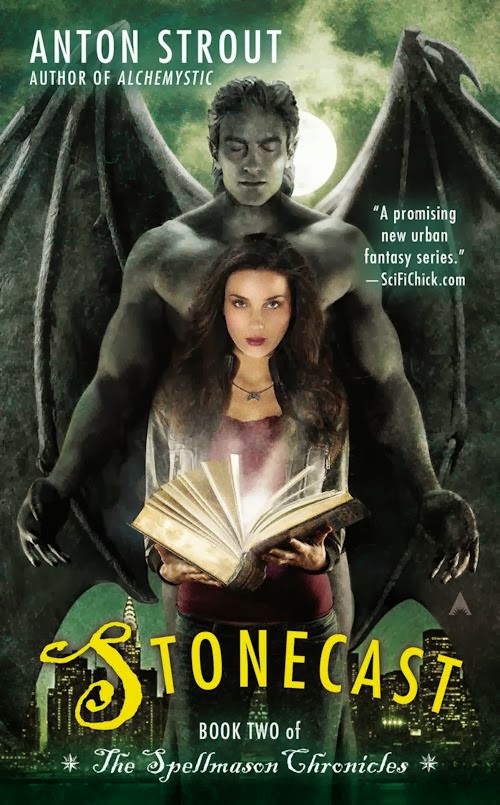 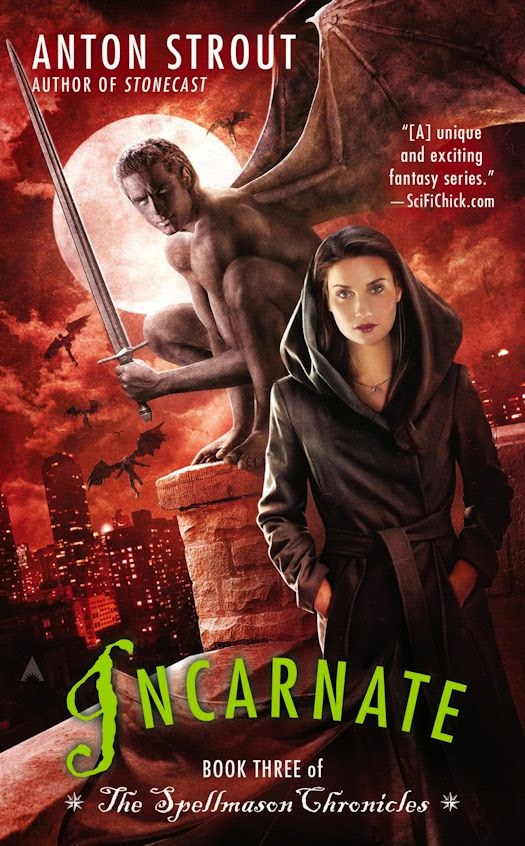 Amazon : Barnes and Noble : Book Depository : Books-A-Million : IndieBound
Posted by Qwill at 9:03 AM