Guest Blog by Heather Blake and Review and Giveaway of Some Like It Witchy - May 7, 2015


Please welcome Heather Blake and Darcy Merriweather to The Qwillery. Heather is the author of the Wishcraft Mysteries and the Magic Potion Mysteries. Some Like It Witchy was published on May 5th by Obsidian. 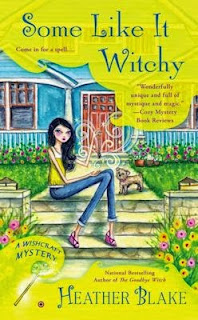 A Q&A with Darcy Merriweather

1)  Tell a little about yourself.

It’s been almost a year since I moved from Ohio to the Enchanted Village, a themed neighborhood of Salem, Massachusetts. I’m just your average divorcee-next-door. Who, ah, happens to be a witch--more specifically a Wishcrafter (I can grant wishes using a spell—how cool is that?). But considering that one of my neighbors, Archie, is a macaw familiar (a Crafter spirit in an animal form who can talk), I suppose I’m not that abnormal.


2)  If you could change one thing about yourself what would it be?

I’d like to be a little less mother hen. I’ve pretty much raised my sister Harper since she was born (which was also the day my mother died), and it’s hard to break old habits, even though Harper’s now in her twenties, living on her own, running a great bookshop, and is very capable of taking care of herself.

Definitely an early bird. By ten at night, I like to be snuggled in bed with a good book. Which was one of the reasons for my divorce. However, silver linings being what they are, I’m now in a committed relationship with Nick Sawyer.


4)  What's the one thing that would send you running for cover?

Hmm. Tough one. I’m not exactly the bravest witch on the block. I have to say, a summons from the Elder, the secret leader of the Craft, makes me quiver. She’s scary. Trust me.

Don’t tell anyone, okay? But I like to clean. Sometimes I’ll wake up early just to sneak in a little dusting. Living with Aunt Ve at As You Wish (her personal concierge business), there’s always a lot of dusting to do. Before I moved in let’s just say that housekeeping wasn’t one of her priorities. Well, even after I moved in, too. It’s a good thing I’m here.

Five. Strike that. Four. Sensible flats, sensible heels, running sneakers, and rain boots. I had a pair of sandals, too, but after an unfortunate run-in with a corpse in a closet, I had to turn those over to the police.


8)  Favorite scene in your current adventure?

Oh gosh. It was definitely when Aunt Ve handed me… Wait. I don’t want to ruin it for you. It definitely would NOT be finding that dead body. If I never found another dead person, I’d be one happy witch. Let’s just say that I’ve found more than my fair share. Archie’s started calling me the Grim Reaper.

Take-out, though I’m working on my cooking skills. I know enough to survive, but not enough to impress anyone (fortunately, Nick’s a great cook in his own right).

Another tough one. I have to say my ability to change, to adapt. I’ve had a lot of new things thrown at me in the past year (the move, the witch thing, the murders!), but instead of hiding (my first instinct), I jumped into my new life trusting that there would be a net below. So far, so good. 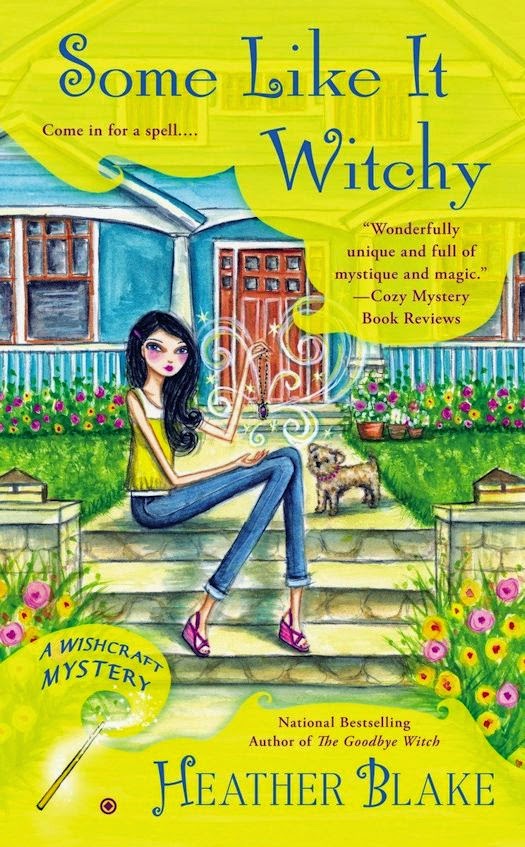 Wishcrafter Darcy Merriweather can charm desires into reality, but as the national bestselling Wishcraft mysteries continue, she won’t be able to magically avoid trouble when death holds an open house….

The Enchanted Village is abuzz when the old Tavistock house finally goes up for sale. Darcy’s friend Curecrafter Cherise Goodwin is hoping she will have the winning bid on the home, but Darcy can’t shake the feeling that something bad is about to happen—and her magical instincts are usually right.

Sure enough, while Darcy and Cherise are looking at the property, they discover real estate agent Raina Gallagher stone-cold dead on the floor. Clutched in her hand is a gemstone amulet and, on the wall above her, a large red A. While Raina had no shortage of enemies, there’s also a dark legend about the house itself. To track down the killer, Darcy must unlock the secrets of both the deceased and the estate—and she’ll need to act fast, because revenge is a deal that never closes.…

Some Like It Witchy is the fifth Wishcrafter Mystery by Heather Blake. Darcy Merriweather once again becomes embroiled in a murder mystery since she is the craft snoop for the Elder of The Enchanted Village. This time she's investigating the murder of Raina Gallagher a local real estate agent.

The Tavistock house, which is two door's away from As You Wish (Darcy's Aunt's concierge business) has a dark history connected with the theft of some priceless diamonds years before. Many people have motives for wanting the diamonds or for killing Raina of for both. There is no lack of suspects and everyone seems to be hiding something.

The Enchanted Village is once again a fabulous setting for this mystery. The characters from prior novels in the series are back. Old grudges still exist. If you haven't read the previous novels you won't miss out though. Blake gives plenty of background information to know who did what to whom and why certain villagers are not friends. There are also some wonderful familiars - animals who were former Crafters. They almost steal every scene they are in.

Darcy and her police chief boyfriend Nick Sawyer again team up to find the killer. Darcy and Nick's relationship is moving along is beautifully written. Nick's daughter Mimi is a delight - for a 13 year old. Darcy also has wonderful relationships with her sister Harper, her Aunt Ve and her friend Cherise Goodwin. Darcy has a big heart and is a wonderful friend, which is shown throughout the novel. After 11 months, she's settling into life in The Enchanted Village and dealing well with the changes in her life, some of which we learn about (as does she) in Some Like It Witchy.

The murder mystery is exceptionally well done and seemingly disparate threads are woven together expertly as the killer is finally revealed. The heart of the Wishcraft Mysteries, however, are the personal relationships that are the glue that holds together The Enchanted Village. Despite the high murder rate (a hallmark of cozy mysteries), it's a place I love to linger. 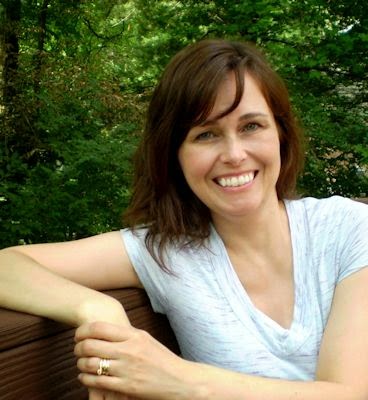 Heather Blake (aka Heather Webber) is the author of the Wishcraft mysteries, the Magic Potion mysteries, the Nina Quinn mysteries, and the Lucy Valentine novels, and has been twice nominated for an Agatha Award. She's a total homebody who loves to be close to her family, read, watch reality TV (especially cooking competition shows), drink too much coffee, crochet, bake (mostly cookies), and occasionally leave the house to travel to the beautiful mountains in the northeast. Heather grew up in a suburb of Boston, but currently she lives in the Cincinnati area with her family and is hard at work on her next book.

What:  One entrant will win a Mass Market Paperback copy of Some Like it Witchy by Heather Blake from the publisher. US ONLY

Who and When:  The contest is open to all humans on the planet earth with a US mailing address. Contest ends at 11:59 PM US Eastern Time on May 18, 2015. Void where prohibited by law. No purchase necessary. You must be 18 years old or older to enter. 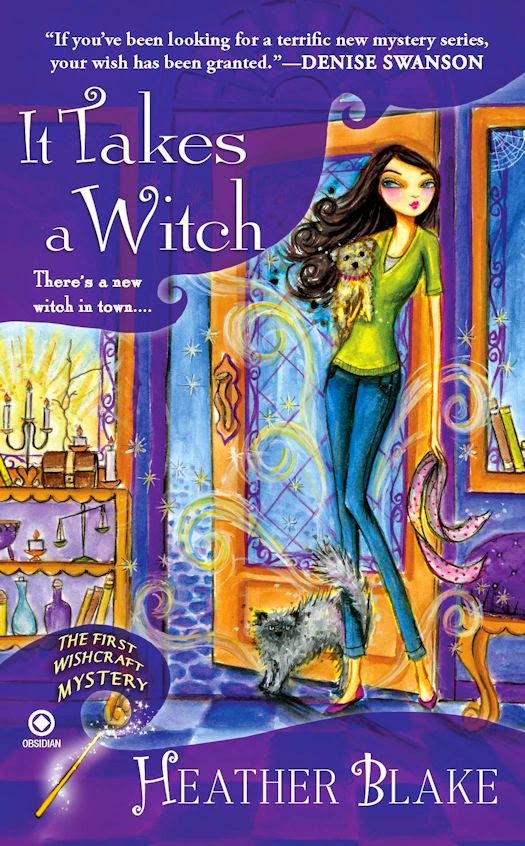 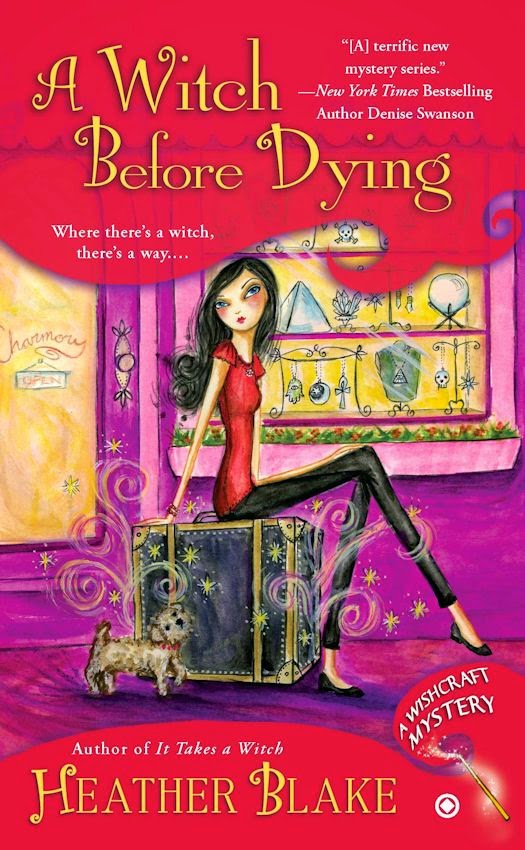 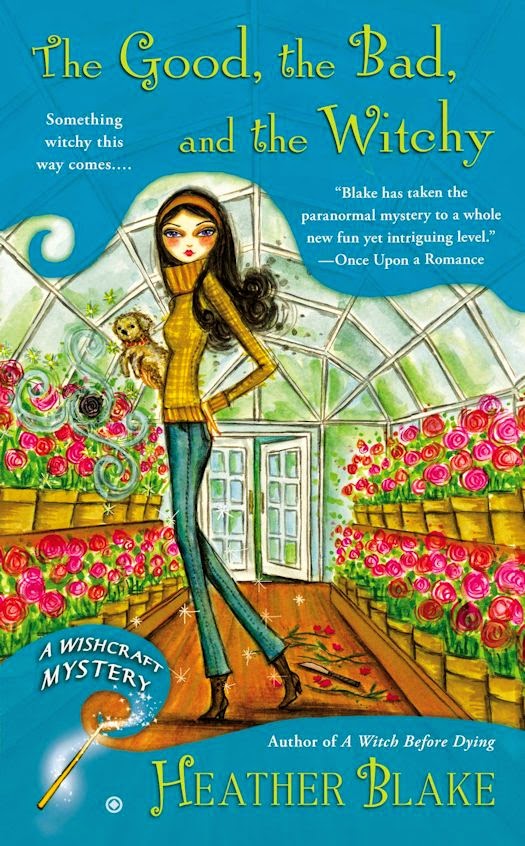 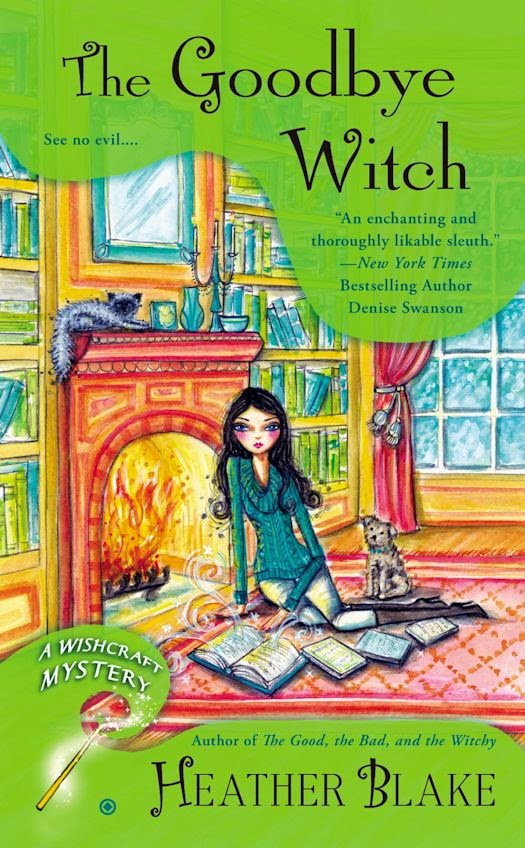